“Of the Outdoors” Bluegills, Sunnies the Panfish by Gary Howey 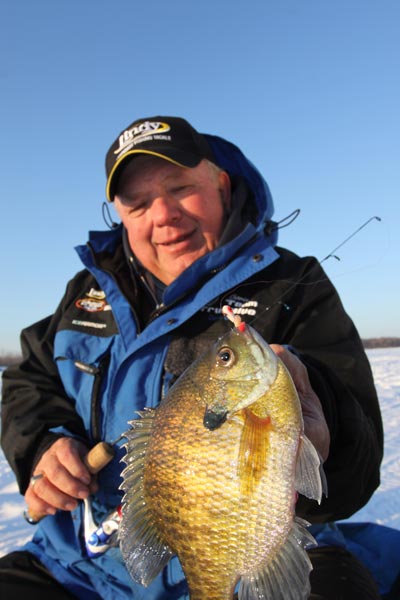 Dave Genz, Minnesota, the father of mobile ice fishing with one of the big bluegill he and author caught while ice fishing on the Valentine Refuge lakes in Nebraska. (Contributed photo)

Gary Howey, Hartington, Neb. a former tournament angler, fishing & hunting guide, an award winning writer, producer, and broadcaster and recently inducted into the “National Freshwater Fishing Hall of Fame” in 2017. He is the Producer-Co-Host of the Outdoorsmen Adventures television series and Outdoor Adventures radio. If you are looking for more outdoor information, check out garyhoweysoutdoors.com, like Gary Howey’s Facebook or watch his shows on www.MyOutdoorTV.com.