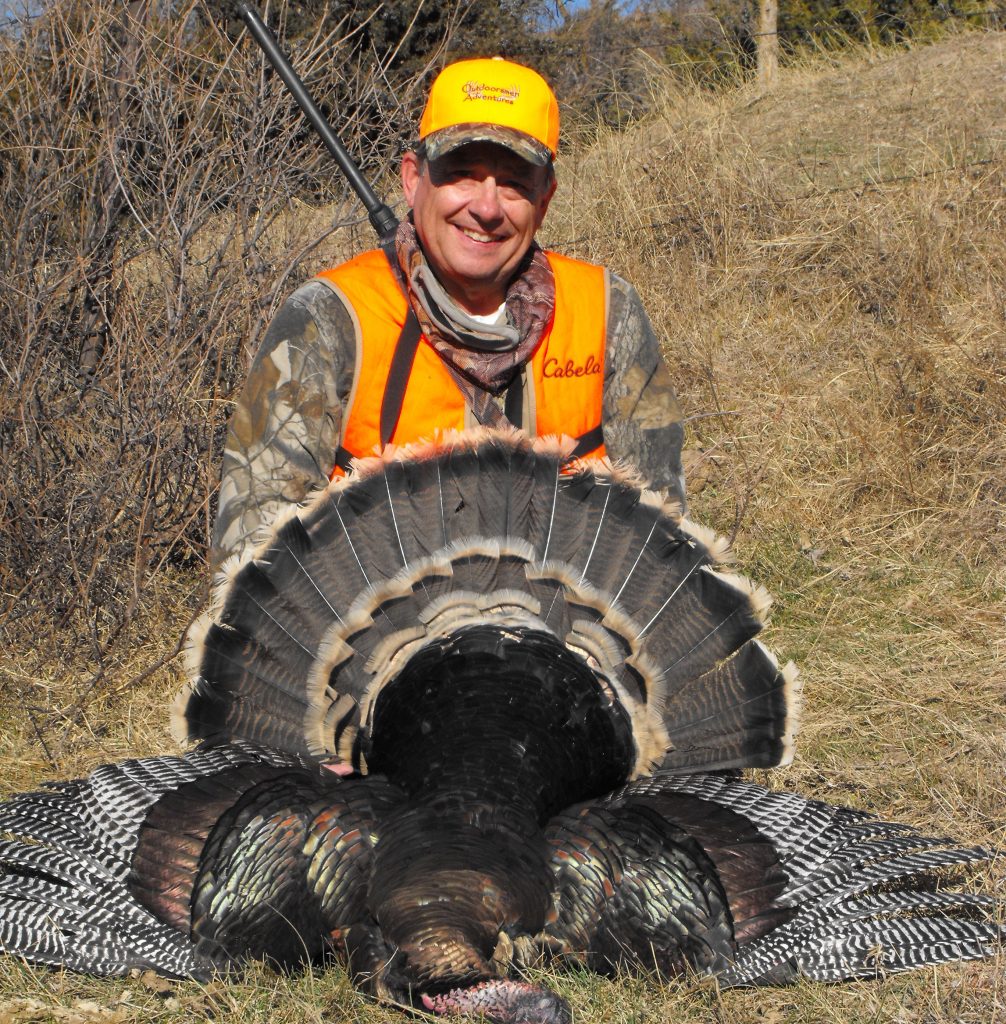 When most folks think about turkey hunting, it’s the spring hunts where the hunter using calls and decoys brings the gobbler to him.

In the spring, hunters are after the strutting brightly colored gobblers and at times, these high-strung spring gobblers, especially the long beards can try even the patience of the best hunters and callers.

It’s during the spring of the year, after a long winter, these huge flocks break up as the gobblers gather their harems together and if necessary, fighting to keep the hens with them.

Fall turkey hunting, unlike spring hunts is different; you may no longer need your calls, but under certain conditions, a call may work.

Generally, in the fall, the turkeys group up into flocks and since the gobblers isn’t interested in breeding this time of the year, they pay little or no attention to any of the things the hunter used during his spring hunt.

Nebraska Fall turkey hunters can hunt the entire state and have an opportunity to take two birds with each permit, either gobblers or hens.

In South Dakota, they issue their fall turkey permits using a lottery, with the fall turkey season running from November 1, 2019 to January 31 2020.

Fall is the time of the year when you’ll find the gobblers and hens together, in large flocks, roosting, feeding and traveling together.

Scouting in the fall is just as, if not more important as it’s during the spring, as turkeys, like all wildlife are creatures of habit.

You’ll want to use your binoculars to view the area you plan to hunt as by scouting the area using your optics you can tell you a lot about the birds, their travel routes and in which direction they start out in the morning, going out to feed.

After waking up, coming down out of their roost, they have a tendency to travel in the same general direction as they go out to feed each morning as well as when coming back to their roost in the evening.

Armed with the information you gained using your binoculars, now the hunter has an idea as to where to set up, which should be near their travel route they use in the morning and then again, in the evening.

I mentioned earlier that you might not need a call while hunting in the fall, but there is one exception to that rule and that is when you come upon a flock of birds, then spook or disburse them, sending them off in different directions and once separated, the birds will try to regroup.

They’ll call in order to locate each other, using their kee-kee run call, used when the birds are in distress, which means in turkey lingo, “I’m lost,” “Here I am, where are you?”

One fall while hunting with a friend from the Nebraska Game & Parks, we split up heading off in different directions and as I took a peak over the ridge of my second hill, there was the whole flock making their way down the hill.

They were too far off for a shot, so I rushed over the ridge hollering and waving my hands, scattering them in several different directions.

I then let things settle down a bit, set up in a location that they could easily easy access and one where I could see in several directions, I then started calling quietly using the kee-kee run in combination with a quiet hen yelp hoping to bring the birds back towards my location.

Out in front of me, several young birds came together and wondered around the field below me, since I didn’t want to give away my location and spook the birds, I let them do the calling as I pitched in from time to time with a hen yelp.

After twenty-minutes of not being able to move, as the birds moved off into the trees, as quietly as possible, I slid west through the cedars, hoping to get around them.

Working along a washout, I spotted some movement just below me, as a mature gobbler was making its way towards the birds in the valley.

I’m not sure if the gobbler or I was more startled, as the bird spotted me just above him just as I was shocked to see him.

In three or four quick steps the gobbler busted out of the washout, as it attempted to wing its way to safety.

Almost by itself, my twelve gauge came up, and with the gobblers second wing beat, the sound of my shot echoed across the valley, with the gobbler dropping out in the pasture.

Some hunters say that older birds, who like to hang by themselves near but not in the flock, pay little, if any attention to the kee-kee run call.  After that hunt I feel when birds are in a flock and scatter, they’ll want to get back together as there is safety in numbers and this gobbler was headed right towards where I’d set up.

Fall turkey hunting, is the time of the year where turkey hunting and the landscape changes. It’s when the hunter spends enjoyable days in the woods giving us the opportunity to bag our Thanksgiving turkey.

Not only is the hunter bringing home the Thanksgiving meal, he has the opportunity to try different methods in order to fill his tag while enjoying all that the Lord laid out there for us, the fall colors, fresh air and another opportunity to spend time outdoors.

← Prev: Being Comfortable, Staying Warm & Dry Next: For Results, Use RAKS Mineral Supplement →