Fishing the Spawn   By gary Howey 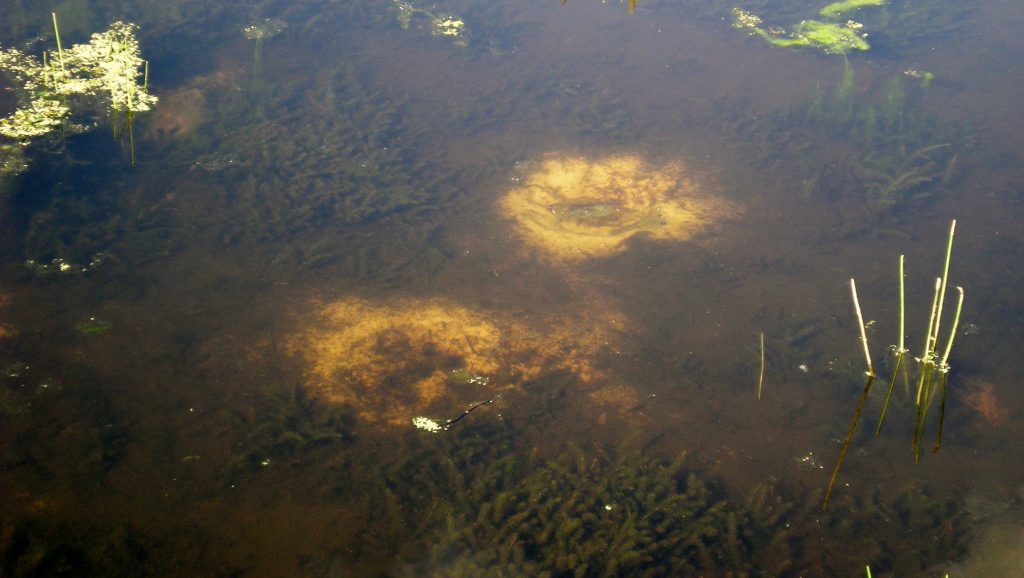 The male bass arrives in the spawning area before the females as they have to locate and prepare the nest where they spawn. (Contributed Photo)

Many anglers’ fish all of these periods in the same way, fishing the same areas using the same equipment and the same presentation.

It’s only natural for people to fish the same way that has been productive in the past. As you know, fishing conditions can be different or change from one trip to the next.

Temperature changes during this time of year can change drastically and the water you fished on your last trip can be no longer as productive as they were in the past.

Understanding these changing periods will help you to change your location and method of fishing and hopefully help you to catch more fish.

The month prior to the spawn, both the male and female bass will move up from their deeper water haunts and locate just off their spawning areas where the shallows drop off into the deeper water.

Since the water temperature is still quite cold during the pre-spawn, your presentation needs to be slow and deliberate, using smaller baits such as Texas or Carolina rigged worms and small jigs.

In the small ponds and other bodies of water, these spawning areas are used year in and year out, so locating them is quite easy.

They’ll move out of deeper winter habitat towards the shallows as the water temperature start to rise.

The movement into the shallow water begins when water temperatures are approximately sixty degrees.

The males are the first to move up, as they will need to spend considerable time looking for an ideal place to make their bed. They’ll look for areas with firm bottoms that contain sand, gravel, rock and mud to make their beds. Generally, the beds are located in one to four feet of water, but in clearer water the nests may be deeper.

Several beds can be located in the same area as long as the males can’t see each other. Beds are usually twenty to thirty feet apart unless rocks, limbs or branches obstruct the male’s view.

Male and female will eat during this time, since the water temperature is still cold, and they’re cold bloodied, they will not eat a lot.

Try probing the deeper water just off the shallow areas with plastic baits, fishing them slowly, verily moving them across the bottom.

Bass will spawn when water temperatures reach sixty-three to sixty-eight degrees and remain at that temperature for several days.

By this time the males will have already fanned out a nest and are waiting for the females arrive.

The spawning ritual doesn’t take long and once the female has deposited all of her to eggs, up to 7,000, she’ll move off into deeper water to recuperate from the rigors of the spawn.

The male’s job now consists of guarding the eggs and fry as they hatch, keeping all intruders away from the nest. He’ll cruise around the nest until the fry have hatched and are able to go off on their own.  Even with the male guarding the fry, only a dozen or so will survive.

Baits that work during the spawn include small crankbaits, plastic worms, lizards, salamanders and small jigs.

During the spawn, bass can be tough to catch as they are in the shallower clearer water and if you can see them, they can see you. Anglers wearing polarized sunglasses spot the fish and then cast their bait off into the deeper water adjacent to the nest.  Then slowly work the bait towards the nest allowing the bait to get within sight of the nest before letting it suspend or sink slowly to the bottom, do this a couple of times to draw the males attention.

Once you’ve done this, slowly work the bait into its nesting area.  The bass will charge or bump the bait hoping to scare off the intruder, if this doesn’t work, he’ll either pick the bait up and move it away from the nest or ignore it thinking that it’s not a threat.

When he’s picked up your bait, you’ll need to set the hook hard and fast because he doesn’t spend much time away from the nest.

If he does, predators will take the opportunity to dash in and grab an easy meal.

Once you’ve landed the fish, don’t keep the fish out of the water too long, as he needs to get back to the nest as quickly as possible.

Once the fry is able to get around, he’ll chase the fry from the nest and then move out into deep water to rest up, taking a break after the spawn.

The bass will be located in the deeper water just off the breaks, near some type of structure such as points, snags, logs and rocks.

After several days of rest, the bass will start to feed heavily because by this time the water temperatures have risen, and the fish are more active. They’ll feed on anything that they can get into their mouth including their own young of the year.

With warmer weather and more active fish, you’ll be able present a larger bait with a faster presentation.

Larger jigs, plastic baits and crankbaits will take bass during this period and throughout the summer months.

This time of the year is an excellent opportunity to take some excellent bass as the fish are easy to locate since they are shallow, so give these periods a try, you could be in for some of the finest bass fishing of the year.