Those Rascally Rabbits By gary Howey 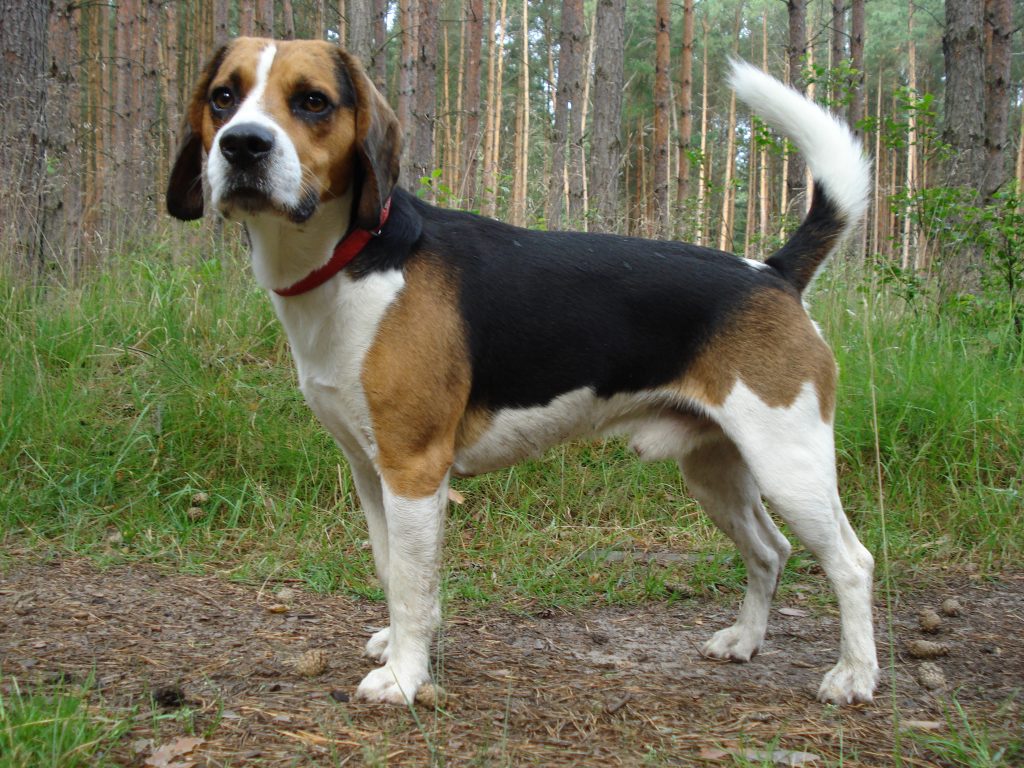 Beagles aren’t the biggest dogs, but when they get on the trail of a Cottontail they really sound like a much bigger dog.

As Team Member Bill Christensen and I stood at the end of the corn rows, with two combines working towards us, we were ready, waiting for a long-tailed rooster to burst from the cover, giving us an opportunity to bag our first bird of the season.

The combines were almost at the end of the field when, it looked like a cottontail invasion as several dozen half-grown cottontails came out of the corn, doing their best to get away from the noisy green monster that was devouring all the corn rows they once called Home.

No matter where we blocked, there were cottontails coming out both the sides as well as on the end.

Cottontails are one of the most underutilized wild game species hunted species in South Dakota, with a daily bag limit of five, with the daily bag limit in Nebraska of seven per day and a possession limit of twenty-eight.

This along with a limit that runs through the end of February, giving hunters a lot of time to get out and hunt rabbits.

My first introduction to rabbit hunting came, when a friend of my Dad Cals, “Shorty” Hall a car salesman” at Sanders/Sharp Chevrolet in Watertown, South Dakota offered my brother AJ and I an opportunity to go on a rabbit hunt using Beagles.

This was all new to us, but as we were always eager for our next Outdoor Adventures, we piled into his car and headed out southwest of Watertown.

Shorty explained how things would proceed, with Shorty and either AJ or I behind the dogs with shorty, following behind the dogs and once they picked up the scent, the race weas on.

In the snow, there were rabbit trails going hither and yon, as well as strategically place brush piles, where the rabbits ducked into for protection.   As the pushers came around the first corner of the brush pile, the dogs let loose with their bawl, indicating that they were after a rabbit.

My job was to set up on one of the corners, as rabbits have a tendency to run in circles, coming back to the general area where the dogs first picked up their scent.

Shorty had a 410 shotgun, with AJ and I trading off on the walking with the twenty-two rifle.

On the first go around the bunny caught me flat-footed as it zoomed by where I was posted, moving much faster than I thought they could run.

On that trip, we bagged a couple of cottontails and were hooked on bunny hunting in particular and were anxious to go again.

Since then, I’ve had several opportunities to hunt behind beagles and enjoyed every trip, especially when I hunted With Dick Turpin, who was the host of our Outdoorsmen Adventure “Turpin Time” segment and Jeff Wild as our plan was to shoot a few cottontails and bring them home where Jeff’s mother would make them up for us.

Sounded like a win-win deal to me, we’d hunt late in the year on one of the State Parks south of Lincoln, where Dick thought we’d have a good opportunity to get onto some cottontails.

The action started quickly, when the beagles came across the fresh tracks of two cottontails and the race was on.

Once again, I was strategically placed where the bunnies had started from and had several opportunities for shot, and believe it or not, I bagged one of the first rabbits of the hunt.

Before the afternoon was through, we had several rabbits that would soon become our evening meal.

Don’t think that you have to have beagles to hunt rabbits, as you’ll find them, as we did in most areas where there’s cover and brush piles.

A 410-shotgun gauge or a twenty-two, work well for rabbit hunting, with the best hunting after a freeze where the rabbits are fresh with rabbit being very easy to clean, you just want to make sure that you don’t transfer their fur to the meat.

That evening, we sat down to an excellent meal, where we were served fried rabbit, mixed with potatoes and other vegetables in a creamed based sauce.

I know many of you’ve heard that rabbit taste like chicken, I can definitely attest to that it as it was much better than chicken.

Rabbit hunting is a great sport as it happens later in the year allowing hunters an opportunity to get out to enjoy the outdoors and to survive Cabin Fever.

Gary Howey, Hartington, Nebraska is a former tournament angler, fishing & hunting guide, an award- winning writer, producer, photographer and broadcaster and in 2017 was inducted into the “National Freshwater Fishing Hall of Fame.” Howey is also an award-winning writer, producer, broadcaster, former tournament angler, fishing and hunting guide and in 2017 inducted into the “National Freshwater Fishing Hall of Fame.” He developed and was the Producer-Host for 23 years of his award winning gary Howey’s Outdoorsmen Adventures television series. He’s the Host of the award-winning Outdoor Adventures radio program carried on Classic Hits 106.3, ESPN Sports Radio 1570 in Southeastern South Dakota, KWYR Country 93 AM and Magic 93 FM in Central South Dakota, As well as on KCHE 92.1 FM in Northwest Iowa.  If you’re looking for more outdoor information, check out www.GaryHowey’soutdoors.com , and www.outdoorsmenadventures.com, with more information on these Facebook pages, Gary Howey, Gary E Howey, Outdoor Adventure Radio, Team Outdoorsmen Productions.

← Prev: Only the big 'uns get away Larry Myhre Next: THE GAMEKEEPERS OF MOSSY OAK-FOOLING DECOY-SHY DUCKS BY BOB HUMPHREY →