What’s Happened to the Fur Market By gary Howey 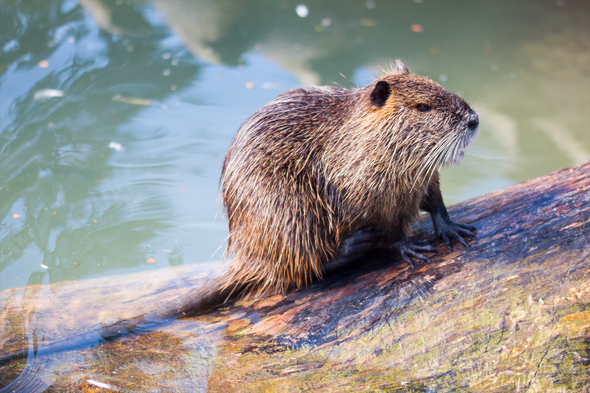 Beaver, are continually building and creating dams to back up the water, allowing them to construct their dens underwater along the shoreline or to build a beaver lodge. (Contributed Photo)

When I was younger, at home in Watertown, South Dakota, trapping was one of my favorite pass times, never caught a whole lot, mainly muskrats and an occasional mink.

Back then, fur prices were pretty low, with the fur buyers grading furs pretty hard, but we made a few bucks, which kept our interest in trapping alive and well.

Over the years, I continued to trap after moving to Nebraska when fur prices were still decent,

but because of the low prices paid for fur over the last several years, my trapping gear is in the shed.

The other morning while having coffee at Donna’s in Wynot, we started talking about fur prices, which now are at an all-time low, which means very few individuals waste their time and gas going after fur bearers.

Two of the guys I have coffee with, trapped heavily when fur prices were decent and did fairly well sending their finished hides north to the auction houses.

Fur buyers look each fur over carefully, grading each one and if they aren’t prime, have their heavy winter fur, had rubbed, started breeding or afflicted with the mange, they wouldn’t take them.

Over the last several years, the fur market has continued to drop, with the fur buyers getting stuck with furs that couldn’t sell at auction.

When trapping season was under way, at one time we had at least three fur buyers coming to Hartington, now were lucky to get one coming to town in January, now the only buyer stops in O’Neill, Nebraska.

A year or so ago, there were a several fur auctions houses in Canada, holding fur auctions three or four times a year, selling the furs to buyers from throughout the world, with buyers from several countries including China, Greece, Italy, Russia and Korea. and others.

Those trappers and hunters who finished out their hides, skinning and scarping them, shipped their pelts to the fur auction houses in Canada, where they were stored for the next auction, with the huge number of the furs not selling, having to be held over for the next auction.

Then the pandemic, Covid hit, shutting down international travel, not allowing the big fur buyers from overseas, to get to Canada for the fur auction.

Because of those things mentioned above, the auction house filed for creditor protection, similar to our Chapter 11 bankruptcy, eliminating one of the biggest auction houses.

Studies by experts who’ve followed and reported on fur prices over the years, indicated they’d never seen anything remotely like this, with the seemingly endless global pandemic, supply chain disruptions and economic uncertainty dealing a pretty heavy blow to an already lower market.

What the fur prices are going to be this next year, could be any bodies guess, and if they continue to decline could virtually destroy the fur market.

There is only so much habitat and because the excess furbearers weren’t removed, these excess number of animals will now be competing for what little habitat and food there is, throwing off the balance of nature, which leads to disease and starvation.

The increased population of predators will put more pressure on our upland game birds, turkeys, fawns and other critters, decreeing their population with all of these factors, being a plan for disaster in the outdoors.

Hunters and trappers will still go out for furbearers but won’t be running large trap lines or hunting predators often, until they find out what the furs will bring, then avoiding fur bearers with low prices to go after the few furbearers that pay more.

Listed below are the last Canada auction fur prices for “finished furs” that may be offered for furs in 2022.

The only bright side is that the heavy western coyotes may bring $50.00,

while Eastern coyotes are worth much less.

Prices for muskrats should remain about the same as last year running around $3.00 with a potential for up to $5.00.

The best quality pelts – the largest sizes, lighter colored fully prime raccoons with undamaged fur may bring $6.50, with lower quality furs not selling at all.

Beaver scent glands, used to make beaver attractant, if there dried could bring $100.00 per pound.

There is very little interest in fox pelts, they’ll average around $10.00.

The prices quoted above are for finished pelts, those skinned and stretched and unless things get back to normal before this year’s fur buying season, these prices may even be lower.

Fur buyers that may buy the animals in carcass won’t pay the prices I’ve mentioned as the pelts still need to be skinned and stretched before going to auction.

← Prev: Coyote calling can be an unexpected adventure by Larry Myhre Next: The Gamekeepers OF Mossy Oak: HOW TO FIND DEER ANTLER SHEDS BY: GERALD ALMY →