When things get Hot The Heat Of Summer  By Gary Howey 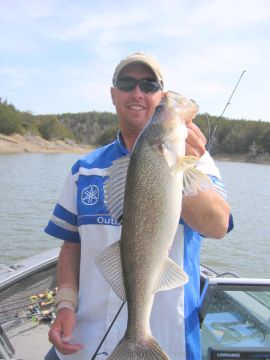 Those anglers, who’ve been patiently waiting for the warmer weather to get here, have gotten our wish.

It’s the time of the year, as temperatures and the humidity rise, when it’s perfect conditions for nasty weather and tougher walleye fishing conditions.

This time of the year, fish have many different conditions to adjust to or relate to including: rising water temperatures, rising/falling barometric pressure, and highwater.

There’re a few keys to locating and catching fish this time of the year.  Deeper water and areas with less sunlight penetration are where you’ll find the fish.

Deep-water haunts provide the cooler water temperatures the fish need to survive when things heat up.

One of the major reasons the fish relocate into the depths is because their food source, baitfish has moved down bringing the predator fish with them.

Several methods you can use, allowing you to take these deep-water fish, those baits that have worked well for me are: lead core line, Off Shore Guppy snap weights, Off shore Plainer boards or downriggers dragging crankbaits.

During this time of the year, the movement of the fish can vary drastically, especially just prior to a sever weather change.

All fish can detect a change of weather well before it happens using their lateral line, which are a series of sensitive nerve endings extending from behind the gills to their tail.

As they know that a sever weather change is about to occur, walleyes and other species of fish will go on a feeding binge just prior to the arrival of the storm, then move deep, lying dormant on the bottom until weather conditions stabilize.

If you are fishing these dormant fish after a storm has passed through, you’ll need a lot of patience and a precise bait presentation, such as a Northland Butterfly Wing-Nut Blade or their Butterfly Blade Float’n Harness.

My best luck on these inactive fish has been to present these baits right in front of the walleyes nose and staying there until I make them mad enough to bite. 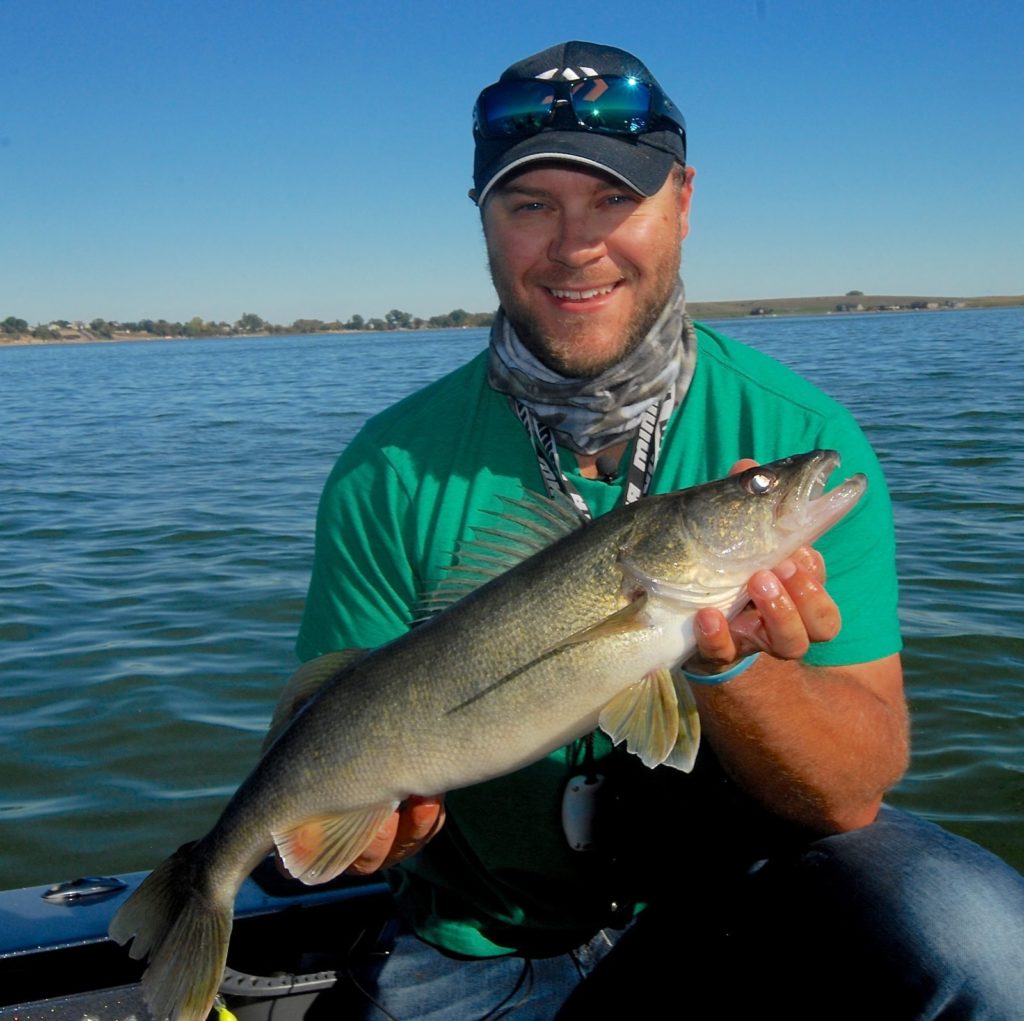 Not all walleyes will stay deep throughout the day, as there are times when the conditions are right, walleyes will move shallow.

One of these is on those very windy days as there’s a good chance that walleyes will move up shallow to feed in the on top of humps rock piles and sandbars.

As the surface of the water is rippled by the wind, reducing the sunlight’s penetration, it makes the shallow water areas more comfortable and walleyes will move up from the deep water to feed.

Another time that you’ll find walleyes in shallow during the day is when heavy winds are pounding into a point or shoreline.

With the wind hammering against a shoreline, a mud line is created, dramatically cutting light penetration along the shoreline.

It may seem hard to believe that even walleyes would be able to find bait in the muddy coming back off a shoreline.

Just because it’s muddy on the first couple of inches doesn’t mean that it’s that way all the way to the bottom.

In many cases, the water a foot or so below this mud line is cloudy or even clear allowing walleyes the opportunity to move up during the day and feed.

In a river, fish will also be in the deepest holes or in shallower areas where there’s heavier current as this cool and oxygenates the water, making it a more hospitable environment for walleyes.

During the heat of the summer in a river, an increase or decrease in water will cause fish to make sudden location changes that angler can zero in on.

With a drop in water levels, fish are forced into the remaining deep holes, concentrating them in smaller areas.

If there’s an increase in water flow, fish move up stream, up against the dam, sandbars and shallows to feed, taking advantage of the new influx of baitfish and other aquatic creatures that are being flushed into the system.

The Dog Days of summer usually mean deep-water presentations, but under the right conditions, walleyes can be shallow giving anglers the opportunity to fish them with bottom bouncers and spinners, Northland’s Roach Rig or by pitching jigs and crankbaits.

← Prev: Making Cents of The Outdoors  Impact on the Economy By Gary Howey Next: THE GAMEKEEPERS OF MOSSY OAK-What To Plant For Waterfowl BY: BOBBY COLE →