A versatile angler can catch fish anywhere By Larry Myhre

Versatility is the key to successful fishing.

How many times have we heard that? Yet, do we really understand what that means.

Let’s envision a “dyed in the wool” walleye fisherman. At the end of his tunnel vision is that silvery fish with the big eyes.

He’s out on a good multi-species lake and trolling crank baits across the flats looking for his favorite fish. Problem is, crank baits aren’t producing. So, he begins drifting with jigs. Nothing there, either. It’s gotta be a live bait thing, he thinks, so out comes the bottom-bouncer rods, and he begins trolling spinners and crawlers along the weed line.

Where are those walleyes?

Bottom-bouncer rods go back in the box and out comes the slip bobber rods. He anchors on a reef, baits up with leeches and begins watching bobbers.

It’s been a long day. He has three 14-inch walleyes in the live well. He loads his boat and goes home thinking, “Boy, good thing I am a versatile fisherman.”

Problem is, he ain’t.

The next boat at the ramp pulls two limits of big crappies out of the live well and throws them on ice in the cooler. They blanked on walleyes, too, yet recognized pre-spawn crappies would be working the rocks along the shoreline. 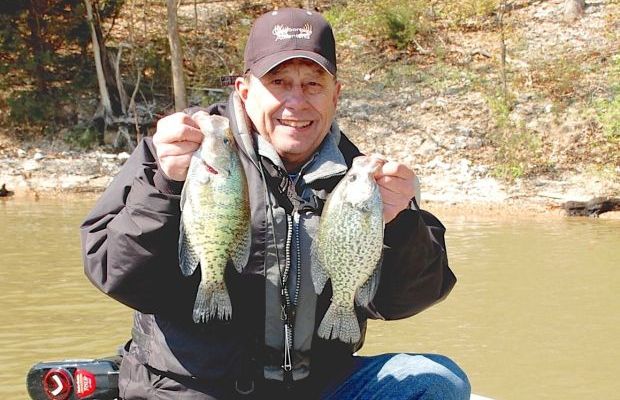 There are days when one species of fish bites better than others. Knowing when to make the switch is what a versatile fisherman knows instinctively

They switched species and came in with a nice mess of fish.

That’s what being versatile is really all about.

If you are truly a versatile fishermen you can do all of the above and more for walleyes, or largemouth, or smallmouth, or northern pike, or perch, or bluegills or crappies, or catfish. Well, you get the idea.

A real versatile fisherman knows when to abandon one species and to pursue another.

The fun in fishing is in the catching. At least that’s how I see it.

From the very beginning I wanted to learn how to catch all species of freshwater fish. Sure, there were years when my focus was really about how to catch one species of fish or another. But, I never forgot what I had learned along the way about other species.

I embraced all avenues of the sport. I learned to use spinning equipment, casting rods, trolling rods, slip bobber rods and, yes, even fly rods.

Over the years I was fortunate enough to fish with a lot of professional fishermen. Among the Bassmasters were Guido and Dion Hibdon, Roland Martin, Larry Nixon and others. Along the walleye trail I fished with Ted Takasaki, Tommy Skarlis, Mike McClellen, Bob Propst, Kent Hutchison and others.

Know what they all have in common?

They can catch any freshwater fish that swims. And they are pretty darn good at it.

Although they are really only known for their ability to catch just one kind of fish, truth is, they are indeed versatile fishermen.

I think there are a lot of things conspiring against anglers becoming truly versatile today.

A big part of it is the fishing hype, whether it’s marketing of product or tournament fishing.

These all tend to promote a “one species Pete” type of fisherman. There is no reason why a good bass fisherman cannot be a good catfish fisherman or a good crappie fisherman. I know plenty who are. They just don’t get the press.

There are many reasons why people like to fish. That’s what makes it such a great sport. If you want to sit on the bank and drown a worm under a bobber, that’s fishing and that’s for you. If you want to take it to the extreme and buy a $60,000 glass boat with a 250 or 300 horse outboard and run 30 miles down the lake at 70 mph to troll for 14-inch walleyes, that’s fishing and that’s for you.

But there are a lot of different gamefish in our lakes and there are peak times for catching all of them throughout the year. Being able to recognize those times and capitalize on them is what being a versatile fishermen is all about.

If your focus has been on one kind of fish lately, why not try to add another species to your fishing this year. Perhaps you have a buddy who can take you out and show you some fishing tricks on that species.

That would be a first step toward furthering your fishing education and making you an even better angler.