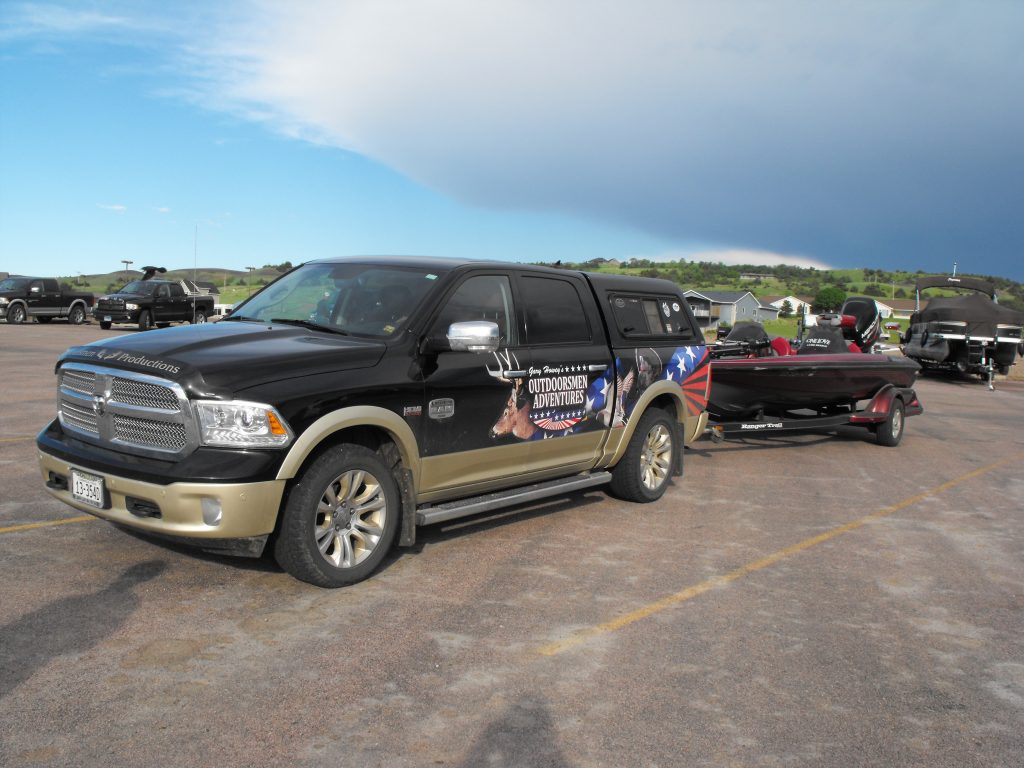 Gary’s Thoughts from the Field | Hair

Over the years, I’ve spent a lot of time setting at boat ramps launching and loading my boat.

Most of these were quick and painless, but a few that were “A Real Pain”.

Most anglers or boaters know where I’m coming from, when you have a 20 to 30-minute wait while there is someone who’s trying to launch their boat. More than likely, they’ll be several other boats in the water waiting to get to the dock having to cruise around the bay, with others waiting in their vehicle as one-boat clutters up the launching area.

‘m sure that the person who’s doing this is not be doing it on purpose, they just are not aware of proper boat ramp etiquette.

Most of you reading this column have run into these same thing.

Another thing that will drive a person crazy who is trying to launch their boat is the person who pulls into the boat ramp with their tarp on the boat, backs down just short of the water and then proceeds to remove the tarp while other boaters ready to launch will have to wait.

Or how about the guy that backs down to the water only to spend the next ten minutes unloading all the ski equipment, inner tubes and picnic supplies into the boat.

There’s the person who backs down, unhooks his boat and ties it to the dock, then heads off to park his vehicle. While he’s up there, he uses the bathroom and then five minutes later makes his way down to the boat. As he finally pulls away from the dock, he cannot understand why the people in the six or eight boats waiting to launch behind him are not very friendly.

Then there’s guy who pulls up to the dock, ties it off to the dock, right where the next boat need to launch and then heads up to get his rig and trailer.
When we have low water ramps and the distance a person has to go to park their trailer, it takes quite a while for you to get to and from the ramp to the parking area. If a boater or angler doesn’t launch or load the boat properly, it can tie up a boat dock and really screw things up.

How about the person who backs their boat down to the boat dock, hits the starter and realizes the motor is not going to start. Instead of putting the boat back on the trailer and pulling it up into the parking area to check it out, decides to pull the cover off the motor and thinks that the boat dock is a good place to overhaul the engine.

The same goes when you are waiting for someone to load his or her boat.
Well, I could go on and on, but I think you get the idea.

Listed below are a few tips that will help to make launching and loading a boat a lot quicker, a lot less frustrating for those waiting behind you and will help to eliminate many arguments.

* Remove your tarp and load your gear in the parking lot before you back down the ramp.

* If you’re alone when launching your boat, use the restroom before you back down the ramp and try to tie it up out of the way so others can launch while you’re parking the trailer.

* Keep your motor in good running order, regularly service and winterize you motor, so it will start when you need it.

* If possible, when you get ready to launch or load the boat have someone in it to back off or on to the trailer.

* If you are coming in to load the boat, have your partner drive the boat and drop you off at the dock. Then they can back away from the dock and be out of the way of the other boats until you have your trailer in the water.

* When it is your turn to load, back your trailer in to the correct depth and have your partner run the boat on the trailer.
Boating and fishing are part of the enjoyment you can get from the outdoors; setting at a boat ramp while someone ties up the launch is not a whole lot of fun.

With a little thought ahead of time and cooperation from your friends and other boaters, launching boats can be accomplished quickly and safely.

Gary Howey is a former tournament angler, fishing and hunting guide. He is an award winning writer, broadcaster and photographer Inducted into the National Freshwater Fishing Hall of Fame in 2017. Throughout the years, Howey and his crew have traveled thousands of miles throughout the U.S., Canada and Mexico to film, hunt and fish. Howey’s is the Producer/Co-Host of the award winning Outdoorsmen Adventures television series and the Outdoor Adventures radio program. Want more outdoor information; check out garyhoweysoutdoors.com, outdoorsmenadventures.com and like Gary Howey’s Facebook or watch his shows on www.MyOutdoorTV.com.