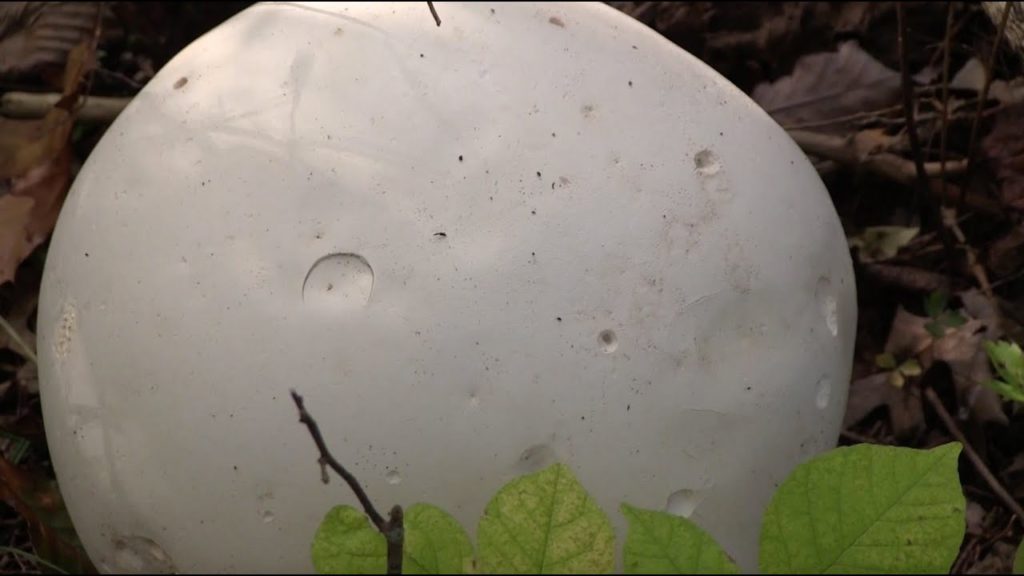 Puffball mushrooms grow on the ground with no stem, resembling a pure white ball shaped mushroom.

Note: (Before eating wild mushrooms, you want to make sure that they’re the edible variety)

As I looked out the back door of my office, the thermometer facing the sun read that the temperature was close to one-hundred degrees, awfully hot for May, feeling more like the summer in July.

The trees are beginning to leaf up, and you can smell the fragrant aroma of the crabapple trees, which generally indicates it won’t be long before “Morel mushrooms” begin to appear and are one of the most sought-after varieties of wild mushrooms and with any mushroom, they need to harvested before they begins to deteriorate, and get woody. 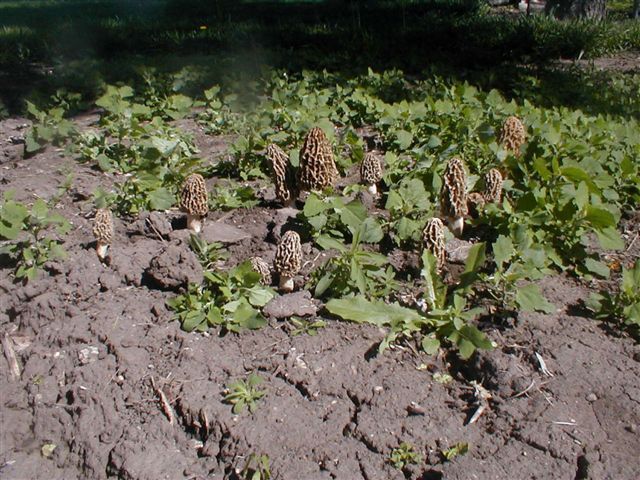 During a regular year, If we ever get one, theses scrumptious mushrooms begin to poke their head up when the Lilac bushes bloom around Mother’s Day, this year which is May 31 when conditions are right, which means that there has been some moisture along with heat and humidity.

Morels are an elongated mushroom, with its cone resembling that of a brain, ranging from to white gray in color that can be used in numerous ways, used in soups, pasta, or a simple sauté.

In Nebraska and South Dakota, they seem to appear first on the sandbars and along the river near dead or decaying trees.

I’ve found morels at the edge of dying trees or on ground that had been cleared for farming, where depressions showed up where the dead tree had been uprooted.

As with anything harvested from Mother Nature’s Garden, you want to get them when their fresh, as once they’ve dried up, they, they deteriorate or get woody and aren’t as good as when they’re young and tender.

When searching for morels, because pf the leaves and other litter from last fall, kneeling down from time to time and scanning the ground is a good idea as you’ll have a better opportunity to see the morels that are pushing up through the ground waste.

Since these are highly sought after as there are locations that purchase the morels for up to twenty-five dollars a pound, who then sell them to restaurants which are prepared and sold for big bucks.

Because of these prices being paid, there are more hunters or “shroomers” as they’re referred to down south, there may be a lot of folks scrounging around the sandbars, river banks and trees, hoping to find a pound or two to sell.

There are numerous ways you can prepare morels, but before getting into that, lets talk about cleaning the morel before preparing them.

Since they grow in sandy soil and make excellent nooks for insects to hide in, I’ll run cold water over them to get some of the bugs and sand out, then slice them in half and soak them in cold water for about a half hour or so which can firm up the morel and force some of what’s hiding in them to come out.

After removing them from the water, place them on a towel to dry and I had hit it right, having collected and have a lot of morels, known as a “mess” by many mushroom hunters I’ll break out our dehydrator and dehydrate some.

They’re easily prepared, excellent eating and can be dehydrated and once this is completed can be frozen.

In order to bring dehydrated mushrooms back to life, you’ll need to soak them in water, by placing the dried mushroom a bowl of hot water, making sure they’re completely submerged, letting them soak for fifteen to twenty minutes, drain, allowing them to set on a towel to for a short and once dehydrated, then I pack them in a zip-lock bag and put them in the freezer.

Another spring mushroom that I’ve used before include the “Pheasant Back Mushroom”, it’s a mushroom which grows from dead or decaying wood, resembling the feathers on a pheasant’s back having a cucumber or watermelon rind aroma.

I’ve had them grow in my yard on an older elm tree for the last several years and as in years past, once again are beginning to show up.

While turkey hunting in the spring, we’ve also came across the round white or grayish-tan colored “Puff Ball” mushrooms, that can grow very large is a round white ball shaped mushroom that grows on the ground.

In order for you to tell if it’s an edible puff ball, cut the mushroom in half from top to bottom.  The inside of edible puffball mushrooms should be pure white, like a marshmallow and there should be no patterns, or marks or colors or anything other than pure white, and especially no signs of gills and when they spread their spores, their color changes from white to a brownish color with a hole opening up in the middle allowing it to spread its spores.

As mentioned earlier in this column, before picking and eating any wild mushroom, be sure that they are the edible type.

Also start with a small batch as wild mushrooms can be very rich and some folks when they eat too many may end up with a sour stomach.