When the weather has been decent, anglers have been on the water below the Missouri River dams hard.

Like any other area we fish, the more boats you have out, the better your chances are that someone will locate a concentration of fish. Once people hear that fish are being caught, there are going to be numerous boats on the water during the nice days.

The majority of the walleyes, sauger and bass caught during the early spring are probably going to be those smaller aggressive males.

Catching small fish isn’t all-bad because those smaller fish are a good sign for the fishing in the future, indicating that previous spawns were successful and at least there’s something jerking on the line.

It won’t be long before these smaller fish will be legal size and the fishing down the road should be good.

The walleyes that they’re catching below the dams now are fish, which started their movement upstream last fall and wintered over below the dam in preparation for this spring’s spawn.

The larger females will be the last to come up and they’ll set up in the deeper water, waiting for water temperatures to warm up enough for the spawning to begin.

The walleye & sauger begin spawning when water temperatures hit around 48 degrees, which, during most years is around the first part of May.

However, who knows, with the temperatures changing the way they do, it could happen earlier than that!

You’ll find that the smaller males will bite throughout the spawning period, as they are traveling around looking for receptive females and will exert more energy than the females that are in a holding pattern.

Fishing for the females can be slow up to, through the spawn, and as much as two weeks after the spawn, as the spawn is harder on the females and they will require more time to recuperate.

After recuperating, the females will go on a feeding binge, as the spawning ritual has taken a lot out of them. This feeding binge, where they’ll feed heavily could last as long as a month.

After the spawn, with water temperatures warming, all fish will become more active and begin to feed heavily.

As the water warms, you’ll find the walleyes prowling the shallower water looking for their next meal, generally cruising in 15 foot of water or less.

Remember just because the walleyes are on the bite, doesn’t mean they’ll be dashing and darting here and there grabbing everything in sight.

Walleyes like all fish are cold blooded and their metabolism is directly related to the water temperature, so they’ll still be in their slow mode until summer temperatures arrive.

Everything in the aquatic world will be moving at this speed, so your fishing methods should be slowed down also. 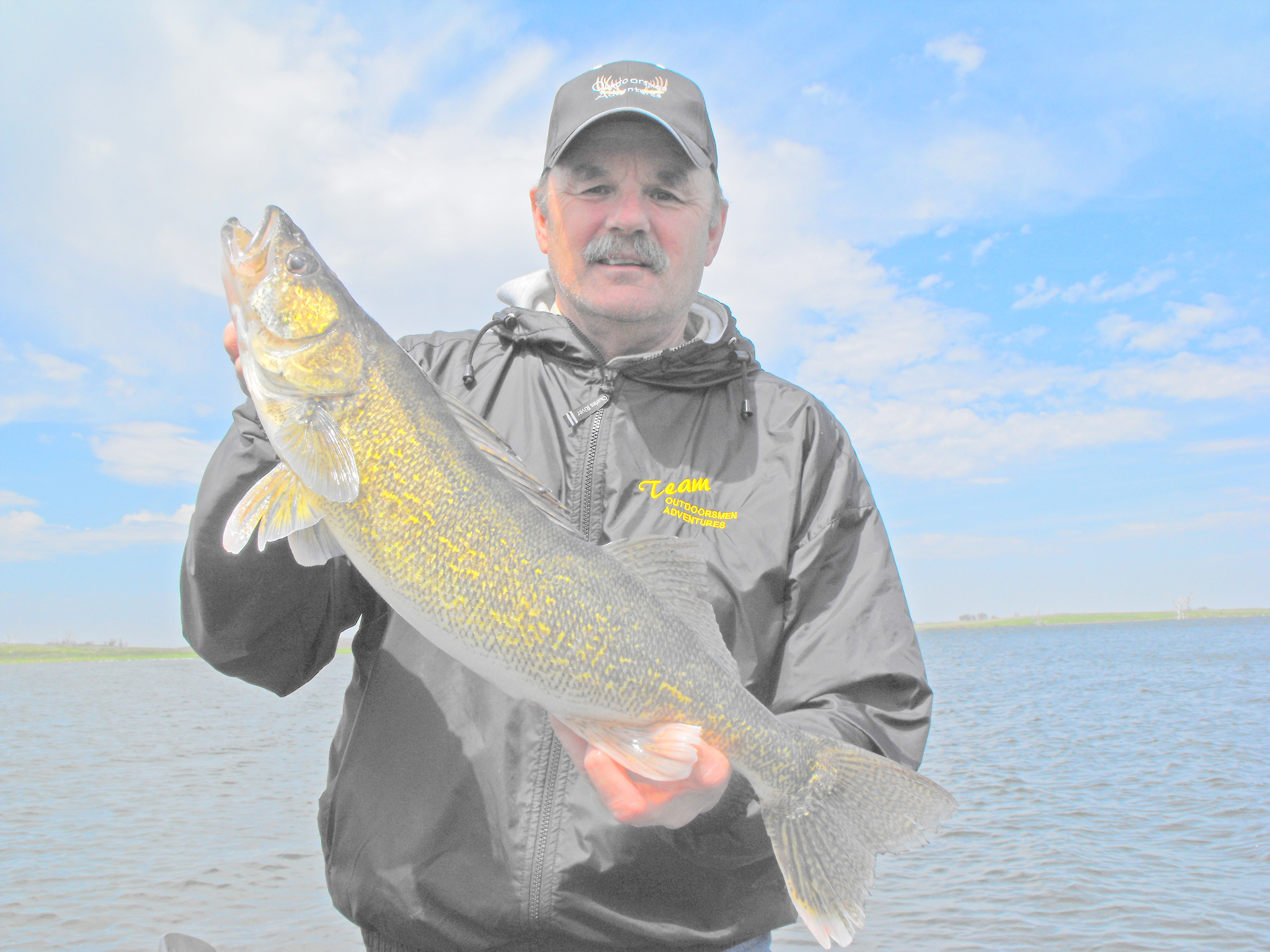 The majority of the fish caught early spring will be the smaller aggressive males. This larger female came on a live bait rig. Because fish during early spring are lethargic, the author fed the fish line giving it time to inhale the bait. The fish was photographed and later released, allowing her to spawn that spring.

Jigs and live bait rigs tipped with minnows are the ticket for walleyes during this time of year.

Many jig fishermen use 1/4 ounce or smaller jigs when fishing the shallower water or areas with very little current.

Lightweight line (4 or 6# test) helps you to get a lighter jig down quicker than when using heavier line because lighter line is smaller in diameter and has less resistance.

River fishermen fishing the deeper water or heavier current will often need to go to heavier jigs to keep their bait vertical and in contact with the bottom.

The key to late winter and early spring fishing is to keep your line vertical, which allows you to detect more bites.  Anglers fishing vertically have less slack line out, so when setting the hook, there is less line to tighten up in order to drive the hook home.

Cold-water walleyes are very subtle biters, sucking the bait in and if they don’t like it spitting it out before you realize the fish has even picked up your bait.

When fishing Northland Roach Rigs rigs or similar live bait rigs, it’s best to fish with an open bail, putting pressure on the line by pressing it against your rod with your finger, when you detect a bite, simply drop the line off your finger while at the same time dropping your rod tip towards the fish. This allows the fish to draw the bait in without feeling much resistance.

After a short count, a couple of seconds or so, reel up the slack line and set the hook.

The sauger, the walleye’s smaller cousin is notorious for grabbing onto the tail of the minnow or your grub and holding onto it all the way to the surface, only to spit it out as you bring the fish near the boat.

Several things can be done that will allow the fish to draw the bait into its mouth and help you to hook the fish. One is to use a stinger or trailer hook.  A stinger is an extra hook tied to a short piece of line attached to the jig, with the trailer hook inserted into the minnow’s tail, hooking the fish when they grab onto the tail of the bait.

Depending on what type of water your fishing and the bottom conditions, trailers have either a single or a treble hook.  In areas with numerous snags go with a single hook, on a clean bottom, go with the treble.

Another thing that helps to hook more fish is to feed them line for a longer period once you detect the bite!

When using a jig and you detect a bite, drop your rod tip back, giving the fish slack line, allowing them to suck in the bait while feeling little resistance.

If you are using a live bait rig, instead of feeding them line for a couple of seconds, try 5 to 10 seconds.  Many times the additional second or two will give the fish enough time to get the bait and hook into his mouth allowing you to get a good hookup.

I mentioned earlier that walleyes in the late winter and early spring should be in the shallower water, usually 15 feet or less, in the spring, the low light angle of the sunrays doesn’t really affect the walleye’s sensitive eyes, so they can be shallower during the day.

Locating fish is the key to catching fish!  In the spring, you’ll want to look for the areas with warmer water temperatures, areas along the north shoreline.

As this part of the lake or river, is the shoreline receiving of most sunshine this time of the year.

Another spot to look for walleyes is where a creek or stream flows enters the body of water.  The main reason these areas are productive is because these shallow waters warm up quickly and the warm water attracts the fish.

Secondly, because the creek or streams warm up faster, the insects and other aquatic critters have become active and they flow downstream into the river or lake where walleyes will be hanging around looking for something to eat.

Northern exposed rocky shorelines are also a good bet as the sun’s rays warm up the rocks which hold the heat throughout the day and on into the night.  These warm areas attract both the walleye as well as the critters that they feed on.

Early spring fishing can be a little slow, but as we get warmer weather, fishing should pick up.

Not all the fish you catch in the spring will be wall hangers, but no matter how many fish you catch, there is no better way to spend a warm day than spending a few hours on the water, enjoying the great outdoors. 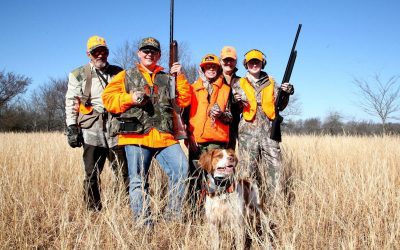