Getting Ready for Spring   By Gary Howey 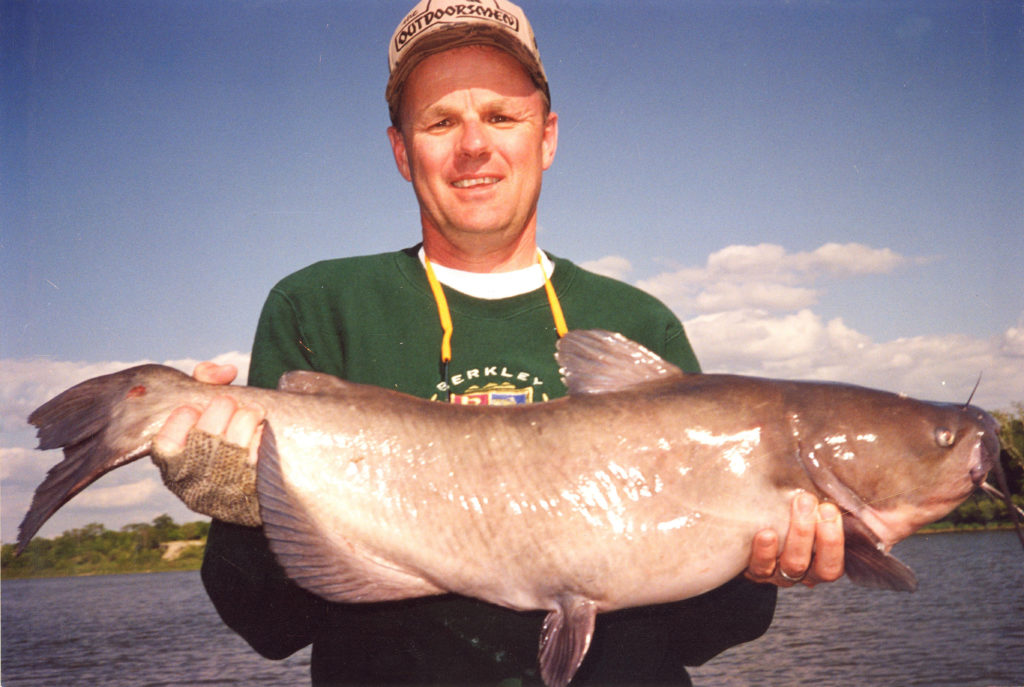 Hard to believe this is January, forty-five plus degrees today, but we’re going to pay for it with winds in the fifty mile per hour the rest of the week, I hope the moisture they’re talking about is rain and not snow.

Still attempting to get gear and tackle ready for the spring fishing season as there have been some things I neglected.

Walking through the garage attached to my offices, where I was cleaning up a few things, when I rolled a trash can out of the way, I couldn’t believe what I was seeing, there in the back of the shelf was the huge assortment of catfish bait and as you more than likely know catfish stinkbait does just that, and badly.

As I pulled the containers out from the shelves, all of which were sealed in zip-lock bags, in the containers I had stashed the last time I used them.

As I was going through the containers, I thought, “What the heck”, why does anyone need ten containers of stink bait, beats me, as generally all we use is a bait out of Iowa, Sonny’s, with over half of those being partially used containers of that bait

Because they definitely needed attention, I re-bagged them, and continued going through things, and there in front of me, lay several plastic sealable containers, an aluminum pan I used for cut bait and a handy carrier that I could put my baits, tackle, including my knives, and hook removers in.

I spent the best part of an hour cleaning and rearranging, and know there ready for my first catfish trip of the season.

As I mentioned before catfish can be found in most bodies of water and are eager biters and once you tangle with one, you’ll have a lot of respect for these bottom dwelling fish.

One thing I like about catfishing, is that you never know what size fish you’re going to hook into, and if we’re fishing a spot, keep coming up with small cats, we move to find where some of the larger cats might be hanging out.

Catfish are notorious at hanging out in snags, waiting for their next meal, no matter what it might be to drift in.

My fishing partners and I, generally use stinkbait, which is a five-gallon bucket, in and around snags, as their rigs make it easier for us to pull the cats out of the snags.

When fishing deep holes with some current, we often go to cut bait, chubs, smelt and gizzard shad as they stay on the hook, lasting longer in current.

When doing this, we go with larger circle or octopus hooks as with live bait, we “goober” up a lot of bait and with these style hooks, there’s plenty of hook sticking out of the bait for the fish to become hooked.

Some of our friends, swear by shrimp when fishing on the reservoirs, I’ve experiment with them, caught a few fish, but not enough to make me swear by them.

Downriver, we look for snags, those with a deep hole in front of them with less current and rig up with stink bait hooks, that we’re able to pack a lot of bait in, these have ten or twelve inches of line above them with a decent hook coming out of the business end.

Above it, we use a heavy-duty swivel as cats once hooked spin attempting to throw the hook and this limits them from wrapping line around their body.

I spool with twenty-to-thirty-pound test line, which should land most cats, if I hook into a big fish, I’m going to have to rely on my rod and the drag of the reel to keep from losing the fish.

Others go with heavier line, just in case the cat runs to the snag, they can’t budge it, then try to horse the cat and part of the snag up into cleaner water.

I started out using heavier line, but through trial and error now go with the lighter line and if I believe I have what you’d call a monster, we’ll reposition the boat to attempt to bring it out of the snag.

Also, I’ve found if I back off on the pressure, I’m putting on the fish, giving them slack line, many times they’ll swim out of the snag.

One thing that’s important when using stinkbait are plenty of clean rags, as no matter how careful you

are when you bait up and cast, it’s going to get on you or the boat somewhere.

On one trip when we we’re filming a catfish show out of a small Jon boat on the Jim River downstream from Olivet, South Dakota with Team Outdoorsmen Productions member Doug Haas, Mitchell, South Dakota.

On this trip, my camera operator was a young lady, a college intern from Wayne State college and about an hour into it, Doug, when to cast and a good part of the stinkbait landed on her ‘New” Cap. I thought, Oh Man, this isn’t going to be good, she handled it like a trooper, wiped it off and kept filming.

At the time Doug worked at Cabela’s and was quick to apologize and indicate if she’d stop by the store, he’d get her a new one when she was home in Mitchel.

Catfish are excellent eating and like anything else, the smaller ones require less work before frying up.

On the larger cats, they seem to be a bit oilier than the smaller ones, what I do before preparing them or bagging them to freeze, is to put them in a large plastic tub outside and let cold water run over them for a while, as it won’t take long for that excess oil to float out of the tub, where they too will make for some excellent meals.

Gary Howey is an award-winning writer, producer, and broadcaster and inducted into the “National Freshwater Fishing Hall of Fame” in 2017. He’s held three line-class world records, two of which were large channel catfish.   He developed and was the Producer- Host of the Outdoorsmen Adventures television series for 23 years and the Host of the award-winning Outdoor Adventures radio program carried on Classic Hits 106.3, ESPN Sports Radio 1570 in Southeastern South Dakota, KWYR Country 93 AM and Magic 93 FM in Central South Dakota, As well as on KCHE 92.1 FM in Northwest Iowa.  If you’re looking for more outdoor information, check out www.GaryHowey’soutdoors.com , and www.outdoorsmenadventures.com, with more information on these Facebook pages, Gary Howey, Gary E Howey, Outdoor Adventure Radio, Outdoorsmen Productions and Team Outdoorsmen Productions. The Outdoor Adventures television show is available on numerous Independent markets, and the MIDCO Sports Network.

Below are two excellent recipes we tasted while filming throughout the U.S. for our Outdoorsmen Adventures television series.  These and other recipes are available in our” Cooking Gone Wild’ cookbook.

Roll the fish strips in bread crumbs and place them in a single layer in an oiled oven proof pan. Mix

And sprinkle with bread crumbs and paprika. Bake for approximately 25 minutes at 450 degrees, until the mixture is bubbly and the surface is golden brown. Serves 6.

Sprinkle both sides of the fish with salt & pepper. Beat eggs slightly and blend in milk. Dip fish in this

Mixture and roll in cornmeal. Place fish in heavy fry pan which contains 1/8 inch of melted fat, hot but not smoking. Fry at moderate heat. When fish brown on one side, turn carefully and brown the other side. Cooking time is about 10 minutes, depending on the thickness of the fish. Drain & serve immediately. Serves 6-8