The thermometer says it’s close to 100 degrees out there, and everything getting “hot.” With temperatures like those that we’re having, the summer sun warms everything up, including the water, the warmer water forces fish to go deep to find comfortable water temperatures.

To many anglers, it’s one of the toughest times of the year to catch walleyes, as deep-water fishing is something that many anglers don’t do that often.

Some fish a deep-water using snap weight that’s attached to the line out in front of a crankbait, while others use bottom bouncers with spinners or crankbaits, which works fine until the fish you’re after suspended in the tops of submerged trees.

If you’ve fished over submerged trees, you know the depth the trees lie in can vary from a few inches to a few feet.  If you’re fishing these areas using

bottom bouncers/spinners or with crankbaits, you’re going to be hung up and loose tackle.

When going deep for walleyes is when Lead Core on a line counter reel really shines, allowing you to put your crankbait to the exact depth the fish are using. When you catch a fish, it allows you to return to about the same depth.

What exactly is Lead Core and how does it work?

The easiest way to describe Lead Core is that it’s a line where metered colored Dacron is woven around a lead wire core. It’s available in numerous pound tests including: 12, 15, 18, 27 and 45# with the breaking strength measured using the outside Dacron’s breaking strength.

The heavier pound Lead Core take up a lot of room on a reel as it’s larger in diameter and contains more lead in its inside the Dacron sheath.

When fishing Lead Core, I run 27# as it works well for the lakes that I fish.

With the line you’re able to fish deep because the line sinks, allowing you to get your baits down where the fish are located during the heat of summer.

The most important part of the Lead Core system is the reel. The reel you’re using needs to have a lot of line capacity in order to handle the Lead Core line plus your mono leader, so you’ll be looking at a reel that will hold from 300 to 600 yards of line.

The reels I use are the larger Cabela’s DepthMaster II Line Counter reels as they are perfect for Lead Core with a large spool capacity and an excellent drag system. 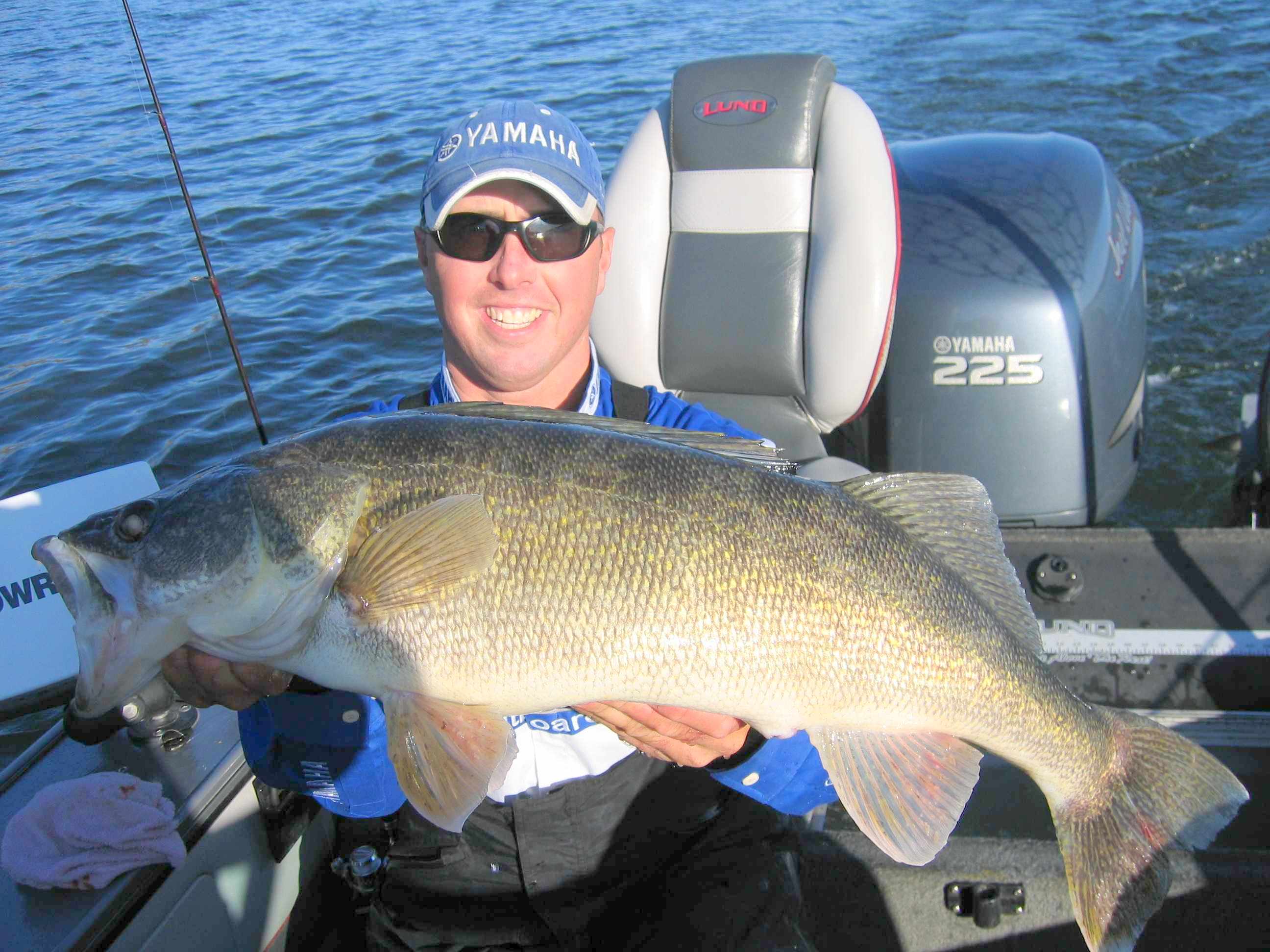 When it comes to a rod for Lead Core, I use a rod at least 8’ long constructed of fiberglass with a heavy action.  Even though these are heavy action rods, I prefer one with a soft tip, as a rod that’s too stiff may not have enough give when the fish hits and may rip the lure right out of the fish’s mouth.

To those anglers using it for the first time, the toughest part of Lead Core may be tying the leader to the lead core.

The most popular knot for tying lead core to the mono leader is a Nail knot or one that’s tied by sliding the Dacron back, cutting off about 2 inches of the lead wire, and then sliding the mono up into the Dacron sleeve.

You then complete the knot by tying and overhand knot, which tightens the Dacron around the mono.

When fishing using this method, , you won’t need to set the hook as once the fish hits, the no stretch line and the long rod will do that for you.

What you need to do is to reel the fish in with a quick steady retrieve, keeping your rod tip low, which keeps the fish’s head down in the water and not on the surface where he can shake the hook.

Just how far down will this line take your crankbait?

Because different model crankbaits, depending on how they’re designed, dive at different depths, a general rule of thumb will give you an idea as to where your bait is running.  If trolled at 1.2 miles per hour or less, the line sinks at a rate of about 4-5 feet per color.

If you want to be right on, Mark Romanack’s Precision Trolling www.precisionangling.com will give you information on exactly how deep each individual crankbaits will run using different line diameters. It lists everything you need to know about trolling including; tips for fishing Lead Core, exclusive “Dive Curve” charts, with full-color pictures allowing for easy lure identification with each chart showing how much Lead Core line you need behind the boat to put the lure at a certain depth.

Lead Core isn’t as difficult as some believe and not a fishing method to shy away from, giving you an effective way to catch fish during the heat of the summer when fish go deep.

← Prev: Deer Food Plot Tips : Creating Visual Barriers Next: How to not Launch Your Boat By Gary Howey →