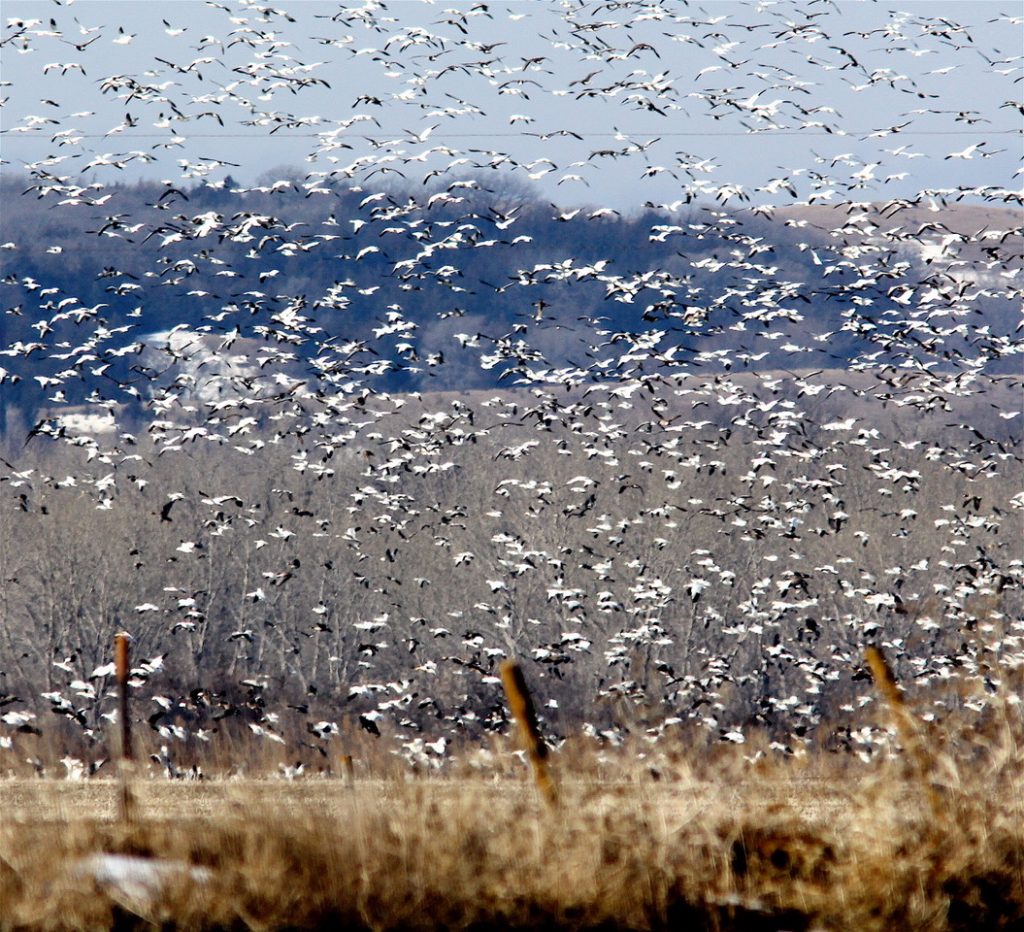 Because snow geese numbers are so high, they’ve destroyed the tundra, where they migrate to and nest, the spring season being set up the help reduce their numbers.

This special season which opens in the Spring, was established to help reduce the light geese numbers.

Their population has skyrocketed to a point, they’re eating, up their mating grounds, destroying the Tundra, which not only affects the geese, but it also affects all wildlife up north, on the Tundra.

Snow geese, snows, blues and Ross geese migrate in huge numbers and when there’s such great numbers for each goose you see, there’s hundreds if not thousands of eyes looking down on your spread.

In order to draw in these huge flocks of snow geese, your decoy spread needs to be much larger than the decoys you’d use when hunting the regular season.

Another thing that had made light goose hunting tough is the fact that snow geese are always calling and if you were set up with a mouth call, you’d have the chance of a snowball in hell getting their attention.

The laws governing this season have changed, regular season waterfowl hunters are only allowed three shells in their shotgun, you’d have a daily limit and a possession limit, during the Light Goose Conservation season, hunters can have more than three rounds in shotguns, where electronic calls are legal. The non-toxic shot ruling is still in affect where all waterfowl hunters are still required to use non-toxic, steel, bismuth, tungsten, etc. shot.

To help control the enormous light goose population when hunting during the Special season, there’s no daily or possession limit, electronic calls are legal and there’s no limit as far as the number of shotgun shells you have in your gun.

The avid light goose hunters in our area, put out huge decoy spreads, numbering in the hundreds, with several motorized decoys, the Cabela’s Northern Flight™ Vortex Combo where the decoys attached to it spins, resembling geese coming into the spread, adding realism to the decoys.

Others use waterfowl decoying kites, Styrofoam spinning aerial decoys that float in and amongst the decoys adding motion to the set up.

Generally, when these geese migrate, your first flights will be made up of the older birds, heading north to pick and set up their nests, to be ready when the mating begins.  These geese are harder to bring in as they’re on a mission.

The later migrating flocks will contain the younger birds which at times are easier to bring in.

This Special season, hunters are reporting excellent luck decoying the light geese, harvesting good numbers of snow geese each time they go out, harvesting fifteen to twenty birds each time.

When Snow Geese decide to go in, with many birds that simply fold their wings and fall, “Maple Leaf” into the set, falling through hundreds of other geese that haven’t quite committed, when this happens, the flocks resemble a cyclone coming down and if that doesn’t get your heart a pumping, you best check your pulse! 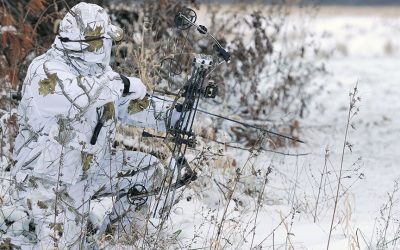