The latest pheasant outlook for South Dakota just came out and I do not want to say it is a Doom and Gloom report, but they are indicating that the states pheasant numbers are down significantly.

To some, especially those who do not live in the upper Midwest, those that travel a long ways to hunt the state bird may think twice about making the trip.

Well, let me tell you, if I were those individuals, I would not let the report alter your plans as even if the numbers are down, which they could be, there are still more pheasants in South Dakota than in any two or three other states in the U.S.

In South Dakota and other upper Midwestern states, there has been a huge acreage allocation of Conservation Reserve Plantings (CRP)  land and because of this new habitat, wildlife will not only survive, but also should eventually increase in numbers.

In my neck of the woods, we are seeing a few more birds and the reason for that is because of the low commodity crop prices and the new CRP bill, which allows good quality land to be pulled out of production and planted to native grasses.  These fields that once produced row crops are now in the CRP program where trees and bushes are planted as well as native plants and grasses. These native grasses; Switchgrass, Indian Grass, Sedgegrass, Little Bluestem or Side Oats Grama which grow best in the heat of the summer will take longer to establish. The first year CRP plantings may look as if there are few grasses and wild flowers with a lot of weeds, but once these grasses start to grow, they will eliminate many of the weeds found in the field the first year. These grasses provide excellent wildlife habitat, giving not only pheasants, but also all wildlife a place to live.

Some plantings are not huge, maybe just the irrigation pivot corners, while others could be a hundred acres or so, no matter what the size, every little bit helps. 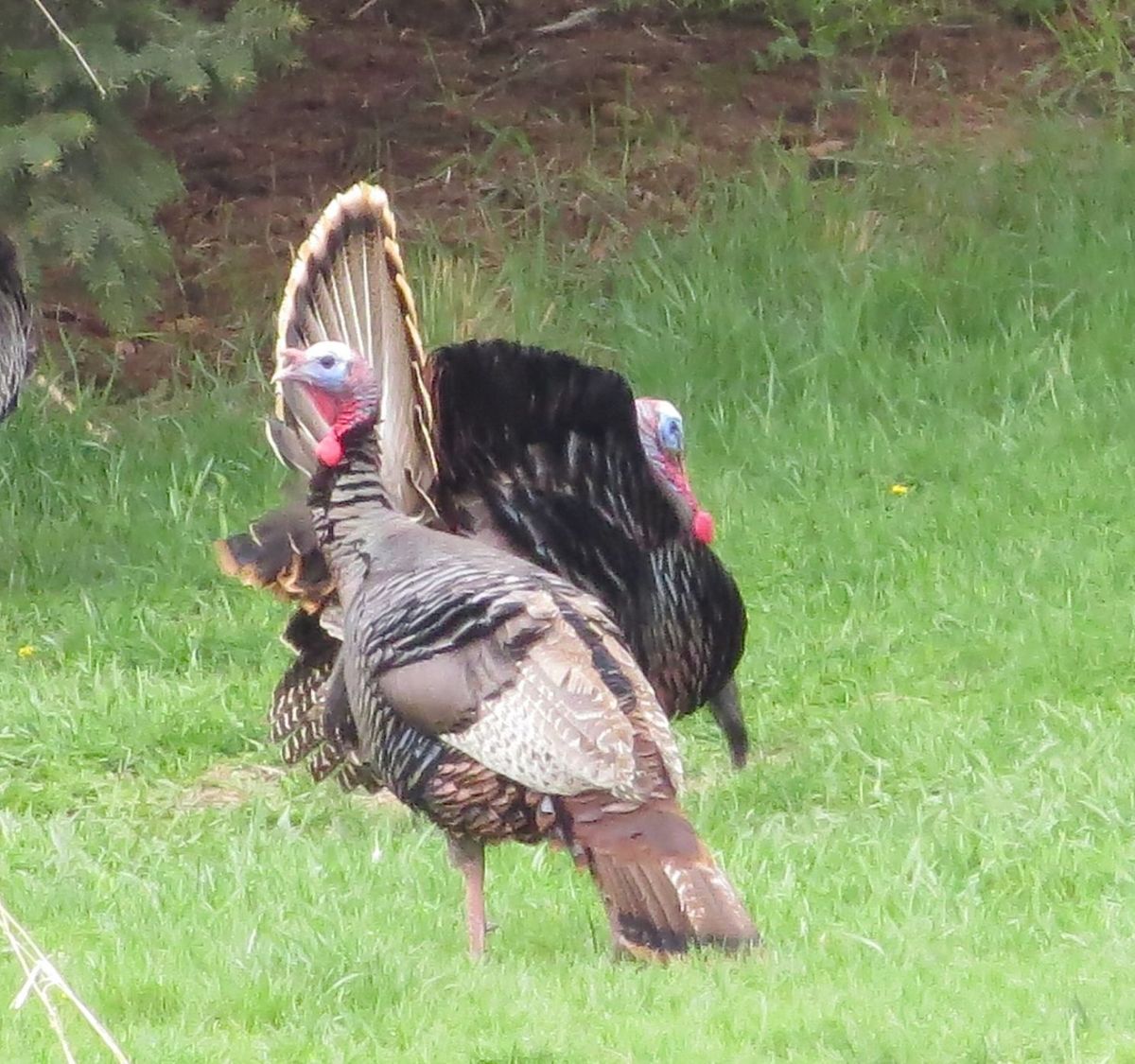 More habitat means that there will be more ideal locations for wildlife to nest, raise their young, feed and roost. We should see an increase in turkey numbers as well as other wildlife numbers as wildlife should have most of what they need in the CRP and other wildlife plantings.

The several different species of wild flowers intermixed into the CRP, which include; Purple Coneflower, Indian Blanket and Black-Eyed Susan, which not only beautify the CRP plantings, they also allow the honeybees, giving them a place to live, produce honey and to help pollinate plants. The Milkweed in some of these plantings also gives the Monarch Butterfly a place to lay their eggs

In years past, before Roundup and other chemicals, the corn and bean fields were not clean, with pigeon grass and other plants filling in between the rows.  In some parts of the field, these areas where large enough allowing the birds to roost in them, today, and the rows are much closer together as well as being clean, so unlike in years past, where habitat could be found in the cornfields, there is none.

Other thing that has quickened the elimination of habitat is land taxes that have climbed steadily, crop prices as well as cattle prices being low, with the farmer and rancher needing to do everything he can to cut cost. This may include plowing up and planting wet areas that were grown up to cattails, now being  planted to row crops with what’s  left being  smaller, being grazed and destroyed by cattle.

The same thing is happening with the shelterbelts, many of which have been dozed out, allowing an irrigation system to move through the area and allowing a few more acres planted.

Those eliminated once had enough vegetation in them that the birds could roost in between the tree rows; these shelterbelts are now gone, eliminating some excellent habitat.

The new trees and bushes planted will someday provide not only cover, but also many of those bushes are fruit bearing and will provide food for wildlife, while the cedars and pine trees will work well providing protection from winter winds.

Wildlife has a lot going against them, including the super efficient combines of today. When I was growing up in Watertown, S.D., after harvest, it was not unusual to see grain at the end of the rows where the harvesting equipment turned around, but not today as harvesting equipment has become so efficient there’s no waste grain left anywhere in the field.

In much of the CRP plantings going in there will be food plot plantings, which will be located in close proximity to cover, allowing wildlife the opportunity to go for food without having to cross-huge tracts of open ground where they would have been very venerable to predators such as hawks, owls, coyote, fox and bobcats.

Those lands going into CRP are being enrolled for a ten-year or more period, so these acres unless there is a buyout offered will be around for some time. The grass plantings with proper management will only improve each year, creating long lasting habitat, which means unless we have some sort of natural disaster all habitat numbers should continue to improve.

As long as commodity prices stay low and the dollars allowed per acre for CRP are high enough more cropland will eventually be retired and put into these type of programs.

With an increase in habitat, which includes, legume-filtering strips along creeks and rivers, numerous different types of grasses, wild flowers, food plots, tree and bush plantings, and habitat today, down the road numerous species of wildlife will have an excellent chance of survival and we should start to see more  pheasants, deer, turkey and other wildlife.