Mountain lions are on the comeback trail By Larry Myhre

The sun was beginning to paint a pink tinge on the eastern horizon. I sat near the top of the ridge, hunkered down into a small cedar tree. In front of me, about a block away the ridge line dropped away, and a stand of oaks provided an ideal roosting spot for tom turkeys.

I did a quiet tree call, and the response was thunderous gobbles.

It was like this every year. The turkeys were always there, and while most of the time they simply flew down and walked away into the next valley, occasionally one would come over the top, duck under the barbed wire fence that marked the property line and strut into my decoy.

A car door slammed in the far eastern distance. Another hunter, no doubt. The door slam marked him as a beginner. He was too far away to bother my birds. They’d be on the ground before he could cover the distance.

I did another tree call. Got the same response and settled back to await the fly down.

Suddenly the turkeys broke into alarm calls like I had never heard before. Loud and shrill.

A large cat ran over the crest of the ridge on a line that was uncomfortably close to where I was sitting.

“Is that a mountain lion?” my mind asked.

It was spooked. The cat covered the distance in long bounds, waving a long tail. He was angling slightly away from me, and I began breathing a little easier. He came to the fence, ducked under the bottom wire in a fluid movement and ran across the open ground and disappeared into the ravine behind me.

I later paced off the distance from where I was sitting to where the cat went into the ravine. About 75 feet.

My hunt was over. The turkeys were calming down now but they would go the other way. And, I wasn’t going to sit there making turkey sounds with that big cat around.

Gary Howey, Hartington, Neb., was hunting the other end of the property. I had no way of warning him there was a big cat nearby. My sighting of that lion took place less than two miles east of St. James, Neb., a few miles northeast of Hartington.

That was about 10 years ago. 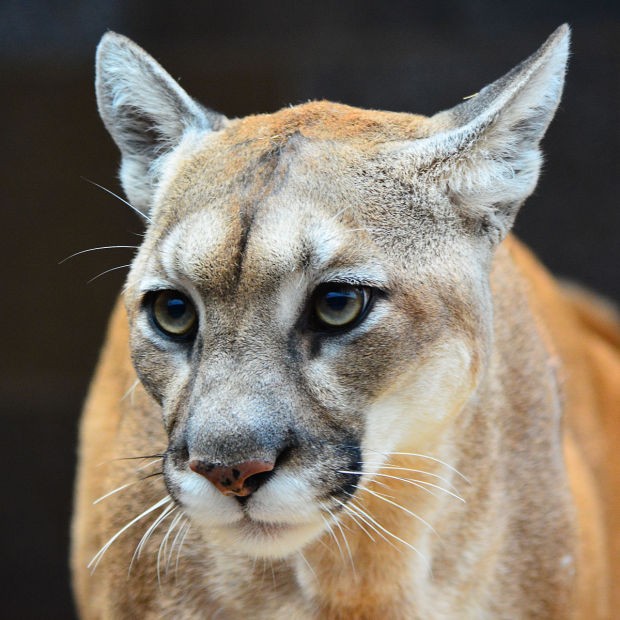 The mountain lion, once the most widely distributed animal in North America, is making a comeback. Three different breeding populations have been identified in Nebraska. Cougar sightings are much more common now than they were in the late 1990s.

Mountain lions were beginning to show up all around Siouxland about that time. One was shot out of a tree in South Sioux City by authorities on Nov. 23, 2004. Iowa’s first confirmed a lion was killed by a car in Harrison County in 2001. Shortly after that a hunter killed another adult mountain lion in Sioux County.

It became apparent in those years that mountain lions were on the move.

The closest strong population of lions is in the Black Hills of South Dakota. The lions being encountered in Siouxland and elsewhere were all young males. It was pretty obvious what was happening. Mountain lions are very territorial. Adult males will run off young males. If all the suitable habitat is taken, the young males have no choice but to wander away. And with deer populations at all-time highs, not to mention turkeys, they had plenty to eat.

South Dakota held it first mountain lion season in the Black Hills in 2005. Last season, 4,351 mountain lion licenses were purchased in South Dakota. The success rate is pretty low. A maximum harvest of 45 lions is allowed before the season is closed.

We knew the lion I had seen was in the vicinity. Farmers in the area had been reporting sightings of it for a couple of years. It’s odd, however, that it stayed around that long.

During deer season, the fall before, I was in a tripod stand on the same property. Another hunter in a hay bale blind on the adjacent property reported the lion emerging from the timber we were hunting and running across the open land behind me, disappearing into a gully.

The spring before that I was in the four-wheeler headed for my turkey spot. It was pitch dark, but as I crossed a low, muddy spot the headlights illuminated a track.

“Man, that looked like a mountain lion track,” I thought.

I backed up the four wheeler, got out and took a close look. It sure was. I figured I’d get a picture of it in daylight when I came back out.

Sitting under a big cedar of the ridge, I tried to coax the turkeys onto our property. Then it began to rain. Hard. By the time it quit, and I headed back, the track had been washed away.

The summer after my sighting, Gary was guiding his truck over the rutted dirt track that led to his cabin when he saw the lion bolting across the field headed for the timber. It got into the timber before he could get his camera on it.

That was the last time we saw that animal, and the last we heard of anyone else seeing it.

The Pine Ridge in the Chadron area has the highest number. Biologists estimated 22 lions lived there during a May to June population survey. Reproduction was documented there in 2007. Evidence of reproduction was also documented in the Niobrara Valley east of Valentine and the Wildcat Hills near Scottsbluff in 2013.

Last year Nebraska held its first mountain lion season. Five lions were killed. One, a 157-pound male (that’s a big lion) was killed in Knox County near Lewis and Clark Lake. Later an 89-pound female was killed in Dakota County.

At least 11 other cats were killed in Nebraska last year by other means, including illegal hunting, traps and being hit by cars, Game and Parks reports. Ten of the 16 cougars killed last year were females. Officials feel that is an unacceptable number of female kills if the state is to maintain a viable breeding population of lions. There will be no season this year.

There’s little doubt that mountain lions are now a permanent part of our outdoor landscape. When European settlers finally reached our shores, the mountain lion was quite possibly the most widely distributed animal in our country. If there is food available, they can exist almost anywhere. While lions were found in Iowa, it’s doubtful that they were ever here in high numbers.

The mountain lions were gone from Nebraska and South Dakota by the early 1900s. That’s about the time that deer numbers plunged. Now the deer are back and so are the wild turkey, two of our most successful conservation efforts. Ironically it appears this has enabled the mountain lion to make a comeback as well