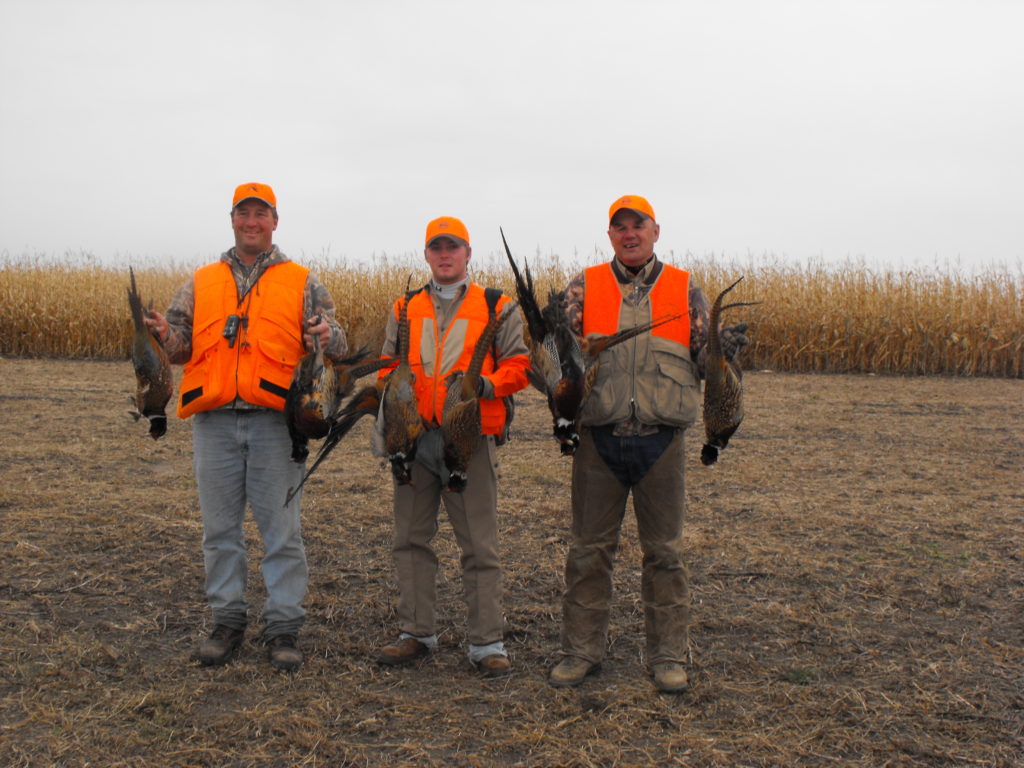 The Aberdeen area of South Dakota has always been good pheasant hunting as the CRP, sloughs and tree belt provide perfect habitat for pheasants. (Photo by Casey Weismantel)

You can feel it in the air, see it as the trees begin to change color and lose their leaves, its Fall and won’t be long before upland game bird season opens.

When I had dogs, you could really tell that’s getting close to pheasant’s season as every hunting dog I had would become more excited each day during the fall.

They’d set by the door of their kennel and as I pulled in the driveway, would jump straight up, over and over again, waiting for me to let them out.

He’d do this every day as I came back from work and then would take off, running around the house at least a couple of times, before settling down by the tailgate, his tongue hanging out with his tail going in circles waiting for me to open the tailgate for him.

In one quick motion, he was on board and ready to go, jumping from side to side, looking out one side and then the other, wondering what the holdup was and why we weren’t moving.

It wasn’t that we were going hunting as there were several weeks before the opener, yet “Mo” knew that once the tailgate was dropped, we’d be heading out to a friends place where I could work him, getting him settled down and in shape before opening day.

I’ve always trained my own dogs, doing it a bit different than others as I never used a whistle to get my dog’s attention when I wanted him to stop, change directions or return to my side.  As far as I was concerned, there’s no need in warning the birds that you’re there, causing them to run or take flight much, much too far out of range for a shot.

As pups, I always used a Hawk Call to get their attention, which was a win, win for me as it’s not a long blast like those coming from a whistle, it’s a shrill call, that dogs can hear very well.

One thing that the hawk whistle doesn’t do is spook the birds as they’re use to hearing a hawk whistle as he comes over the field and because it’s their nature, the birds don’t run or fly, they hunker down until the supposedly hawk has moved on, giving me and my dog the time to move up on them before they break cover.

On most opening days, it’s hot and a dog running with his nose to the ground trying to pick up the bird’s scent, they warm up quickly and the dust and debris can plug up a dog’s nose and may become overheated, that’s the reason I carried a collapsible water dish and a squirt water bottle of fresh water, to stop my dog from time to time, not only to rest him, but to water and wash the dust and dirt form his nose.

Hunter’s orange clothing is a must when hunting, as it lets the others hunting with you know exactly where each hunter is.

In the groups I hunt with, each hunter is aware of their safe shooting zone, the area in front of them, where they can safely shoot, and not endanger other hunters.

With shotguns that now have interchangeable chokes, a hunter can have the correct choke for where they’re hunting.

I prefer a Modified choke when hunting pheasants as it works well on close range, as well as having the ability to reach out at those birds that flush out in front.

In the early season, because my Hawk Call holds the birds in place and the birds aren’t spooked, I use a lighter shot in my 12-gauge than I would in the late season.

Light six loads seem to work well during the early season, where there are good numbers of young birds that haven’t been hunted, unlike the later season when pheasants are spooky, busting from the cover when hearing the first unnatural sound where we’ll need heavier 4 shot.

One of the things hunters need to avoid is the noise that’s created as your unloading the dogs and that made as hunters get from their vehicles as they prepare to begin hunting.

All wildlife has excellent hearing, and if you make much noise, you’re going to not only warn the birds that you’re there, with the birds running far ahead of you and erupting from cover much too far out of shotgun range.

After searching to get an idea as to the pheasant numbers for different states, Minnesota look good as does Iowa, with Nebraska having better numbers in the southwestern part of the state and South Dakota having good numbers in the north central and west river of the state.

No matter where you’re hunting, opening weekend is a big event, with friends and family coming home to take part in an age-old event that brings hunters from throughout the United States to enjoy opening day.

← Prev: Tree Stand Safety By the MN. DNR Next: More anglers should embrace ‘Do it yourself’ By Larry Myhre →