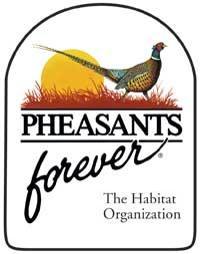 IOWA—PHEASANT NUMBERS JUMP SECOND YEAR RUNNING
Forecast: Iowa’s roadside count showed the second straight year of increasing pheasant numbers. The statewide index of 24 birds per route represented a 37 percent increase over last year and a 260 percent increase over the all-time low set in 2013. The highest concentration of birds occurred in the northwest.

“Several favorable winters have helped us recover bird numbers statewide,” says Todd Bogenschutz, upland game biologist and farmland coordinator for the Iowa Department of Natural Resources. “The pheasant index in the northwest, central, and southeast regions is at or above the long-term average. So where pheasant habitat is available, hunting should be pretty good in these regions. Counts improved in most other regions, and hunting should be better than last year. But the number of birds will be less than the long-term average.”

The statewide index is the highest it has been in eight years—before five consecutive winters with more than 30 inches of snow drove pheasants to the lowest numbers ever.

But while this year’s roadside index is 52 percent above the 10-year average, it remains some 40 percent below the long-term average, reflecting deleterious changes in farming in much of the state’s pheasant range.

“We continue to lose habitat, particularly CRP, like many other Midwest states, but with lower crop prices we are seeing strong interest among landowners for CRP on marginal lands,” says Bogenschutz. State Acres for Wildlife Enhancement (SAFE), a continuous CRP practice, has enrolled over 100,000 acres statewide.

Forecast: “The mild winter and good nesting season conditions helped give our pheasant population a boost this year, which should mean a good fall hunting season in many areas,” reports Nicole Davros, upland game project leader for the Department of Natural Resources. “The southwest, west-central, and east-central regions had the highest roadside indices, and hunters should have the best luck in those regions.”According to Minnesota’s August roadside survey, the range-wide pheasant index was 33 percent higher than last year.

The roadside index showed the biggest increases in the southeast (138 percent) and east-central (126 percent). The southwest (23 percent), west-central (31 percent), and central (44 percent) regions also showed significant increases. The south-central region (-2 percent) remained similar to 2014. The best opportunity for hunting appears to be in the southwest, west-central, and east-central regions, where birds are most plentiful.

“Over the long-term, the trends for pheasants and grasslands in Minnesota are still concerning,” says Davros. “Our pheasant population is especially reliant on grasslands enrolled in the CRP program, and we have lost a significant amount of CRP since 2007 with the potential for even greater loses still to come if CRP contracts are not renewed or new lands are not enrolled in the program.”

NEBRASKA—PHEASANTS RESPOND TO FAVORABLE RAINS
Forecast: A mild winter and timely—but not excessive—spring rains have created ideal conditions for pheasants in Nebraska. Results from the July rural mail carrier survey show that pheasant numbers are up significantly in all regions of the state compared with last year. Statewide pheasant numbers increased 55 percent, according to the survey.

Best hunting will probably be found in the southwest region, which showed an 83 percent improvement over last year. Top counties, based on the survey and staff observations, were Hitchcock, Perkins, Furnas, Hayes, and Frontier.

Also excellent will be the Panhandle, where pheasant numbers jumped by 132 percent. Best counties are Sheridan, Box Butte, Cheyenne, and Banner.

Despite hard rain and hailstorms, other regions of the state also show significant increases in pheasant numbers. The central region recorded a 52 percent increase, the northeast 23 percent, Sandhills 17 percent, and southeast 64 percent.

According to the Nebraska Game and Parks Commission, “CRP loss continues in the northeast, affecting overall abundance and access.”

Forecast: North Dakota hunters can look forward to better hunting this year. Summer roadside counts show that statewide pheasants are 30 percent more abundant than last year.”Our late summer roadside counts indicate pheasant hunters are going to find more birds in the southern half of the state this fall, with the southwest having the strongest population of young roosters,” says Stan Kohn, upland game management supervisor for the North Dakota Game and Fish Department.

In the southeast, birds are 27 percent more abundant than last year. Observers counted eight broods and 62 birds per 100 miles.

In the northwest, pheasant numbers were down 18 percent compared with last year. Observers recorded six broods and 46 birds per 100 miles.

In the northeast, the number of birds was down 17 percent from last year. Observers noted two broods and 15 birds per 100 miles. Pheasant habitat general lacks good winter cover in this area.

Despite the favorable forecast, Kohn shares the concern of many pheasant biologists—continued loss of CRP acres and native grassland conversion. “All of this affects the amount of nesting and brood rearing habitat on the landscape. As we lose grassland habitat we lose ground nesting bird populations,” Kohn said.

Forecast: South Dakota’s pheasant population appears to be roaring back. Even though roadside survey results in all but two regions lag behind the state’s 10-year average, the statewide average has jumped 42 percent over last year. According to South Dakota Game, Fish and Parks, the statewide index is similar to 2011 when hunters shot 1.56 million roosters.Regions with the highest bird counts are perennial hotspots of Chamberlain, Winner, and Pierre. Yankton and Sioux Falls were the two regions that surpassed their 10-year averages. Regions lagging farthest behind the 10-year average are Watertown, Brookings, and Aberdeen.

The key to the strong recovery through most of the state was a mild winter that ensured a lot of birds entered the nesting season. Spring weather started dry but habitat perked up with moderate rains.

“Bird numbers are higher in parts of the state where quality habitat conditions still exist, primarily on grasslands including those enrolled in CRP, as well as fields of cereal crops such as winter wheat,” says GFP Secretary Kelly Hepler.

← Prev: Fall, the time of the year When you Better be Ready! Next: 3 Reasons Why Managing Your Deer Herd Creates Better Hunting Opportunities →

Types of Tree Stands The following is a description of some of the more well known types of tree stands: Fixed position stands – these stands...

END_OF_DOCUMENT_TOKEN_TO_BE_REPLACED 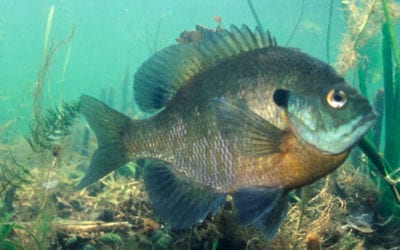 New Minnesota panfish regulations are in place on a number of lakes for 2021 so anglers should closely check regulations for new daily limits on...