Poachers Stealing from us all By Gary Howey

Those that take game illegally, poachers are robbing us, the hunters as well as our state of valuable resources and something needs to be done to stop this.

It’s not just a problem for one state; it’s one affecting all the states and one that needs to be addressed.

It’s not just big game animals that are poached as fish are also affected by poaching as they over bag, taking more than their limit, which depletes the fish population, and if continued over an extended period may deplete the ponds fish population. If a poacher takes a trophy fish illegally, it takes away legal anglers the opportunity of catching that trophy fish.

Many times, those that have broken the law, poached big game or came home with five to ten time their limit of fish seem to get away with it, receiving a small fine, probation and little else.

Take for instance when poachers killed and left lay 25 antelope in western Nebraska the two men should have lost their right to hunt, paid huge fines and then went to jail. This would have been a deterrent to them and others who think nothing of breaking our game laws and robbing law-abiding hunters the opportunity to take these animals.

The liquidated damages, what the state deems the animals poached were worth, if divided among the fifteen animals is only $240.00 for each animal. 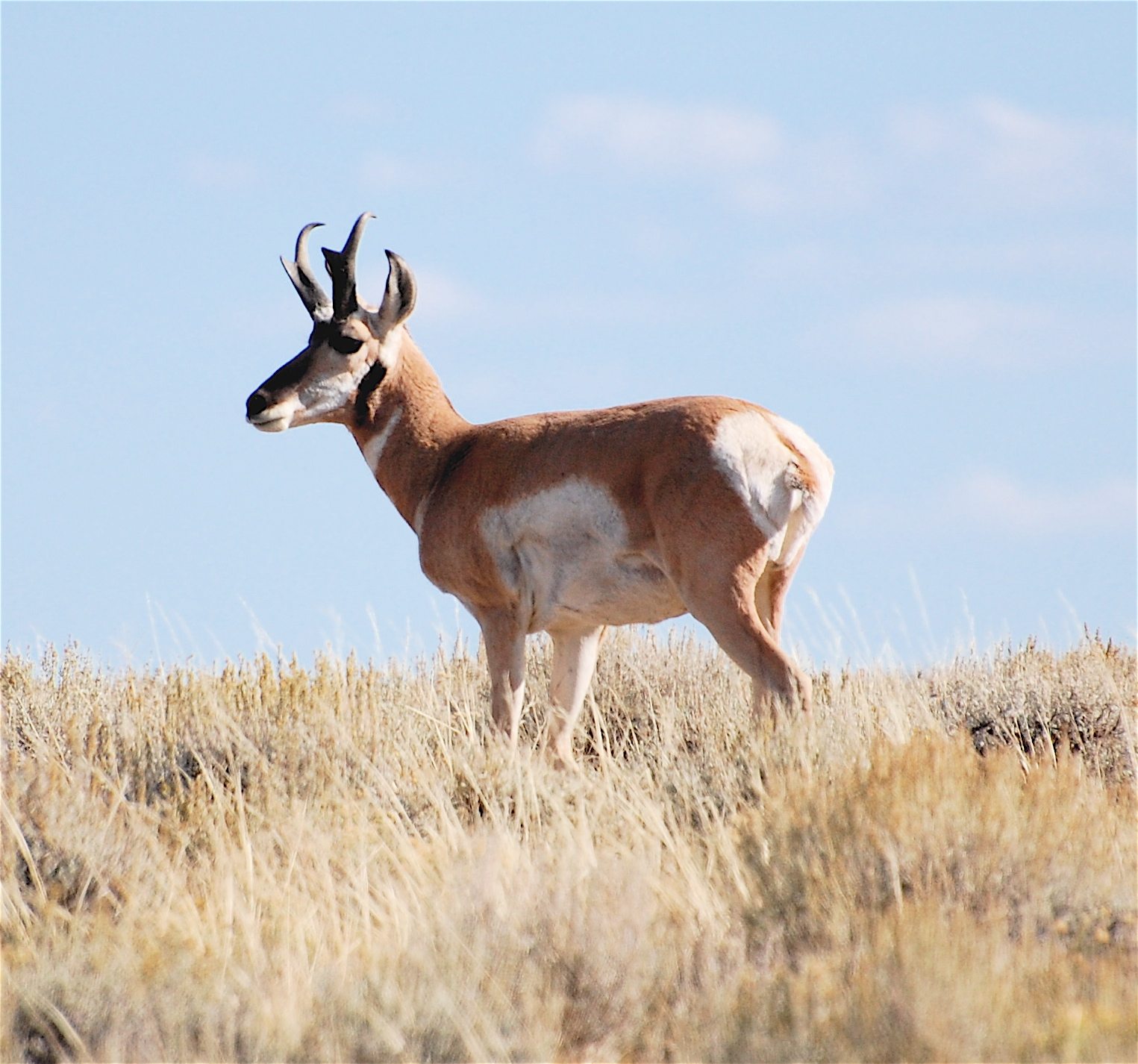 Antelope are a beautiful and prized big game species and the individuals who shot fifteen and left them lay should be severely punished. (Larry Myhre Photo)

Were they fined enough to stop this wanton waste and keep poachers from shooting game for thrills or to gain a trophy mount? I don’t think so, they should have lost their right to hunt in the state and if caught again go to jail.

Poachers are taking hunting opportunities away from all of us, the law-abiding hunters; they’re trespassing and negatively affecting the wildlife resources and the sport of hunting.

Nebraska’s Natural Resources Committee has a poaching related bill, LB 566 where Nebraska would join a 44-state Interstate Wildlife Violators Compact.  LB 635 has been introduced which would increase the fines for illegal hunting, trapping or killing of 14 specific game animals. LB 635 would raise the fines considerably; the violation treated as Class I to Class III misdemeanors and is a deterrent to poaching.

If the bill becomes law, any person who at any time, except during an open season ordered by the commission as authorized in the Game Law, unlawfully hunts, traps, or has in his or her possession a

deer, antelope, swan, or wild turkey, shall be fined at least five hundred dollars per violation.

South Dakota is one 44-state Interstate Wildlife Violators Compact and once convicted of poaching in one of the 44 states in the compact, the state can recognize the suspension of wildlife license privileges of any person by a participating state, treating it as though they occurred in the home state.

Every year in Nebraska and surrounding states deer, elk turkey, upland game and other species and fish are being taken illegally, being poached with some being sold for profit and it’s time that poaching be treated  serious crime. Those convicted of poaching, especially in the cases, as the one mentioned above should be punished as they’re stealing from all of us and should be punished like any other thief.