Of all the dangers we face in the outdoors, there are few that instill more pure dread and abject fear than the limbless serpents. Fortunately, the odds of encountering one are as slim as the reptiles themselves, and the chances of being bitten are slimmer still. However, it’s always a good idea to hedge your bets by becoming more familiar with snakes, learning how to avoid them and what to do should the unthinkable happen.

There are four groups of venomous snakes in the U.S.: rattlesnakes, copperheads, cottonmouths/water moccasins and coral snakes. First let’s learn a little bit about them.

Rattlesnakes are the largest and the largest group of venomous snakes, comprised of approximately 14 species. They also have the widest distribution, ranging from coast to coast and nearly border to border, though individual species have smaller ranges.

They belong to a subfamily known as pit vipers, referring to a set of heat-sensing organs or “pits” on their faces that are used to sense heat radiation and locate prey. Their most redeeming quality, from which their name is derived, is a set of rattles at the tip of their tail, which they sometimes, though not always, use as a warning when threatened.

It’s a warning that should be heeded. Rattlesnakes can accurately strike at a distance up to one-third their body length. The venom of all rattlesnakes contains a hemotoxin that destroys tissue and causes swelling, internal bleeding and intense pain. The venom of some species, like the tiger and the Mojave rattlesnake also contains a neurotoxin that can cause paralysis and other damage to the nervous system.

Most rattlers tend to avoid interactions with large mammals, including humans, as it wastes valuable energy expending toxins on non-prey species. However, some like the prairie and eastern diamondback have a reputation for being fairly aggressive. Regardless, it’s best just to avoid all species.

Smaller copperheads also belong to the pit viper subfamily, and the group’s five species range from southern New England, south to the southeastern U.S. and west through the Ozarks and into Texas. They lack the obliging rattles of their larger cousins but will often employ a “dry” warning bite, injecting little or no venom with the first strike. They are also more inclined to freeze, using their cryptic coloration to go undetected rather than slithering away. This sometimes leads to unwitting woodland travelers being bitten. Bites are typically not fatal but will cause symptoms similar to rattlesnake bites and should be treated properly.

Three species of cottonmouths also belong to the pit viper subfamily and range roughly from the Carolinas west to Oklahoma and south to Florida and Texas. Though their bite is less venomous than that of rattlesnakes, they do have a few un-redeeming qualities. They’re most often found around water, where humans tend to recreate. They also climb trees and have been known to literally drop in unexpectedly on fisherman and other boaters. And, they have a very aggressive disposition.

Smallest but deadliest of North America’s venomous snakes are two species of coral snake, which belong to the same family as cobras, sea snakes and mambas. Coral snakes are often confused with non-venomous king snakes due to their similar colored band patterns. You can easily distinguish the two if you remember the phrase: “Red touches yellow, kill a fellow. Red touches black, friend to Jack.” In any case you’re best to avoid them because there is a ring of truth in that whimsical rhyme. Their venom contains a powerful neurotoxin that paralyzes breathing muscles and can cause respiratory failure. Fortunately they are shy, reclusive creatures that go out of their way to avoid interactions, and according to the National Institutes of Health, fewer than two dozen people are bitten each year in the U.S.

An ounce of prevention is worth a pound of cure. The National Institute for Occupational Safety and Health’s Centers for Disease Control and Prevention (CDC) offers the following recommendations for preventing a snake bite:

Those of us who hunt, fish and work in the outdoors are at greater risk because many of the areas we frequent are prime snake habitat. In addition to the above, you should also consider wearing knee-high snake boots or chaps. Turkey hunters in particular should check thoroughly before settling in against a rotting stump or nestling into a brush pile.

The CDC also offers the following recommendations should you be unfortunate enough to be bitten by a snake:

Just As Important, Do NOT Do Any Of The Following:

For more tips on staying safe in the field, read “10 Safety Lessons We All Need To Be Reminded Of”. We have all heard the basic hunter safety lessons thousands of times and unfortunately, over time we can become complacent. When this happens, the chances of an accident can drastically increase. Safety should always come first, so take time to review these lessons and pass them down to new hunters you may know. 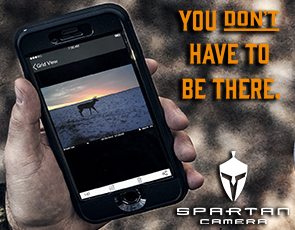 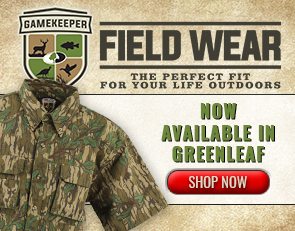