Scouting For Longbeards  By gary Howey 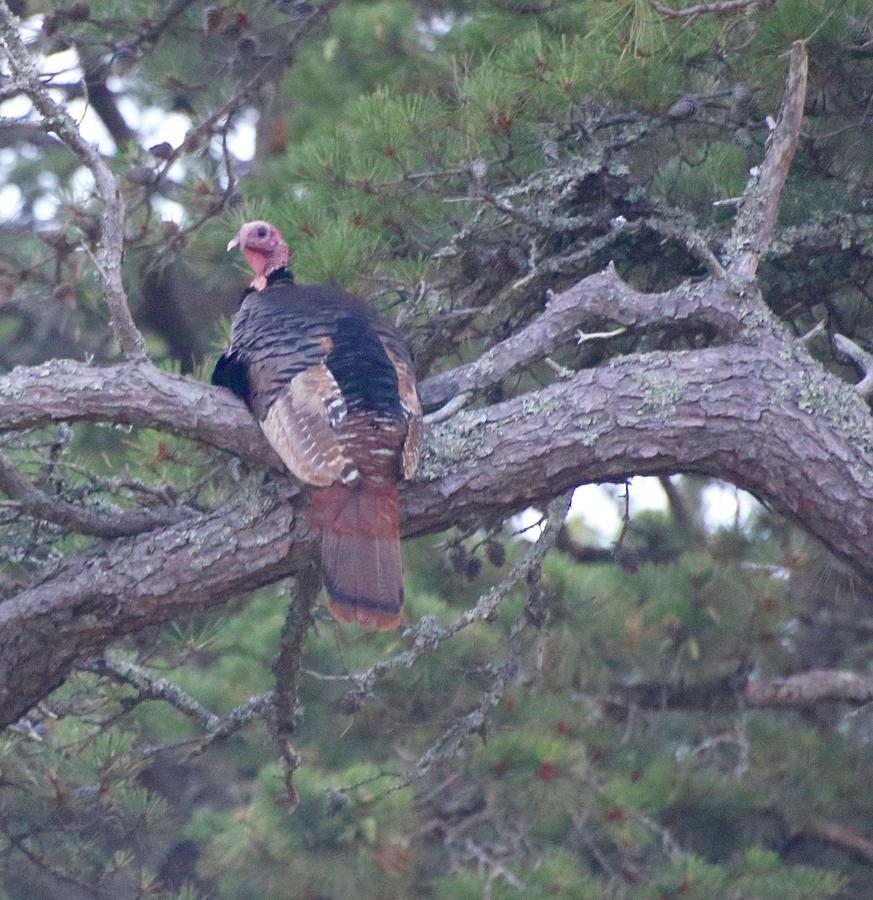 Wild turkeys roost in the trees, which protects them from, the predators, and while at roost during low-light periods their night vision is very poor, but if you’re close to the roost before daylight, they still can detect your movement and kick out away from your set up. (Contributed Photo)

As it won’t be long before spring turkey season and at my seminars there seems to be a lot of questions on locating gobblers during this season.

The reason I’m doing this column is because so many of those that ask about scouting turkeys may have already messed up the hunting location by stumbling around at the sight using a turkey call to locate the gobblers.

Much of my scouting is done in the summer after the season is over and when I’m hunting deer sheds in the spring, and if the birds are using your hunting location, you’ll find a lot of signs.

There are several ways you can check out an area for turkeys, with the best initial way is to use your binoculars from the road or a hill nearby as these methods give you a lot of information on the birds.

You don’t ever want to go into your hunting area prior to knowing where the flock is located, and if you are using a turkey call to locate gobblers, you can spook the birds, driving them out of your hunting grounds.

After looking over a potential area with your binocular, before going into the property, I use “my” locator” calls to get the birds to answer.

Known as shock calls,  shocking a roosting tom to gobble, to give away its location These include; an owl call, the old “who cooks for you” call that works well during first light when the birds are in the roost, coyote howl calls also work, just prior to sundown and at sunrise and the crow call, which is heard throughout the day, it  seems to work well as crows love to aggravate other wildlife and it doesn’t take much to not only get the attention of the turkey, they’ll also attract other crows thinking that there’s something there they can pick on.

Another dead giveaway is those locations where turkeys dust themselves, which is a shallow depression in the bare dirt the birds make with their feet, using their wings to throw dust into the air to get rid of those bothersome insects.

These dusting areas are found along fence lines and crop borders in the dirt and always have wing impressions on either side of the shallow depression.

Turkeys are “roosters”, spending the night up in their roost tree on the limbs and branches and unless the birds have been spooked, will return to roost spot towards sundown.

Finding a roost tree at times can be quite a task, but if you keep your eyes open and come across trees with an abundance of turkey droppings, you’ve found their roost.

A turkey’s vision, their hearing is excellent and a big mistake once the hunter locates the roost tree is to set up too close to the roost, in the morning on opening day.

It’s true that in low light, the early morning that turkey’s vision is not the best, and because of this, some hunters coming in the dark to set up will alert the birds.

I’ve always found to have more luck to set up just close enough to the roost tree, so the gobblers hear your calls.

In the spring, the trees the birds roost in, are bare, so a gobbler has a wide field of vision in all directions around its roost, even though they may not see you, they’re able to detect movement and if you’re too close, you’re busted, and the birds will pitch out of the tree in the opposite direction of where you’re set up.

Don’t over call or call too loud in the morning, I always start with a low volume hen yelp and once the gobblers respond, you’ll want to slowing raising the volume of my calls closer to the volume the gobbler is responding.

Turkeys like all of Mother Nature’s critters are opportunists, using the same path to and from their roost tree to their feed source, if you can set up along that route, you could pull the gobbler and hens in your direction.

Spring gobbler hunting is a sport as the bird is getting closer to your set up that will increase your heart rate and whet your appetite on hunting spring gobblers.

Everything may not come together on your fist attempt, but once it does, you’ll be as I am, hooked on spring hunting.

Gary Howey, Watertown, South Dakota, now residing in Hartington, Neb. is an award-winning writer, producer, and broadcaster, a former tournament angler, fishing and hunting guide and in 2017 inducted into the “National Freshwater Fishing Hall of Fame”.  He developed and was the Producer-Host of his award-winning Gary Howey’s Outdoorsmen Adventures television series for over 23 years.