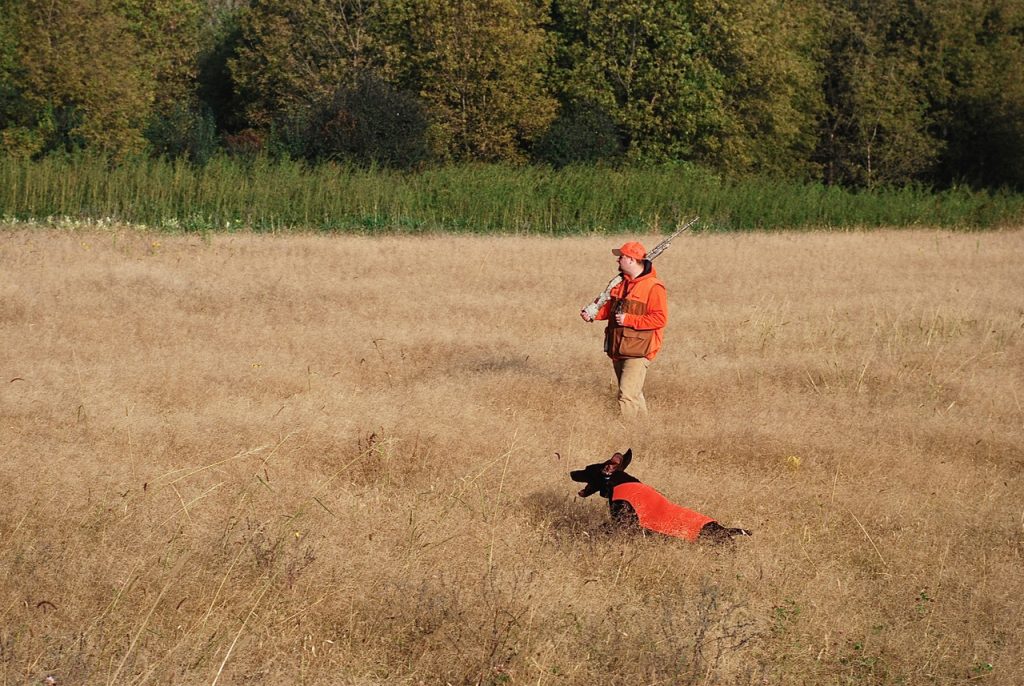 Good Wildlife Habitat like this shown in the photo must contain several things including: food, year around shelter, water and nesting cove-a place to raise their young. (Larry Myhre Photo)

According to the Merriam-Webster dictionary habitat is the place or environment where a plant or animal naturally or normally lives and grows.

Coming from Watertown, South Dakota, the land of infinite variety and an area where you’ll find some of the finest fishing and hunting, I knew that the key to having fish and wildlife was both aquatic habitat and habitat on the land.

That part of South Dakota had plenty of sloughs, wet areas, lakes, trees, habitat that both the fish and wildlife needed.

The slough and wet areas were perfect “year around” habitat for deer, upland game, waterfowl and fur bearers, and when the water levels rose in the area, flooding the landscape, water from the flooded sloughs and lakes made their way into other sloughs and bodies of water, which became excellent aquatic habitat, and as the fish moved with the water from one area to another, many of these bodies of water that hadn’t held fish soon became some of the finest fishing holes in the state.

Unfortunately, when commodity price were high, much of the land, the habitat that had been undisturbed was taken out of grassland, pastures, and native grass, with gullies leveled and trees removed, something needed to be done, to add to or improve the habitat.

The government has the Conservation Reserve Program, the CRP, which pays landowners to plant native grass and pollinator plots, but there are too few of these to create the habitat that’s needed to improve our wildlife numbers in the Midwest as one here and there will only concentrate the wildlife, making it easier for predators to hunt up and take the game.

Numerous Conservation organizations such as Pheasants Forever, Ducks Unlimited, Delta Waterfowl and others include in their plan of operation, creating and preserving habitat.

It wasn’t a lot of dollars and it had a dollar limit that each landowner could collect, we were putting and improving pheasant and wildlife habitat on the ground.

Pheasants Forever, the nation’s leading upland wildlife habitat conservation, are dedicated to the conservation of pheasants, quail and other wildlife through habitat improvements, public awareness, education and land management policies and programs.

According to Pheasants Forever, there are two factors which affect pheasant populations, those being habitat and weather. We know, we can’t control the weather, what we can do is influence the quality and quantity of upland habitat, which is habitat, supporting a long-term strong and healthy pheasant population.

Pheasants Forever also participate in land acquisitions, establishing and protecting critical habitat for upland game and other wildlife, opening these areas to public recreation, including hunting.

This conservation organization as a result of Pheasants Forever’s participation along with the local chapters, and local, state or federal natural resource agencies, created over 187,000 acres, now protected and open to the public.

A Pheasant Forever is unique among conservation organizations, as they give local chapters the responsibility and ability to determine how 100 percent of their funds are spent and with more than 700 chapters and 149,000 members throughout the United States and Canada, Pheasants Forever is able to accomplish thousands of wildlife habitat projects each year.

To locate a chapter near you, to become a member and information on upcoming events check out www.pheasantsforever.org

Ducks Unlimited is the world’s Leader in Wetland & Waterfowl Conservation: having created and preserved 14 million acres.

According to Ducks Unlimited, the Great Plains and Prairie Pothole Region is No. 1 on the 25 most important and threatened waterfowl habitats.  Both South Dakota and Nebraska are part of this region, which is the core of what was once the largest expanse of grassland in the world, the Great Plains of North America.

Its name comes from a geological phenomenon, the glaciers and as these glaciers from the last ice age receded, leaving behind millions of shallow depressions that are now wetlands, the prairie potholes. These potholes are rich in plant and aquatic life, and support globally huge populations of breeding waterfowl.

In some of the region between 50 to 90 percent of the potholes have been lost or severely degraded,

this along with 60 to 90 percent of the original native grasslands being lost, with many of these shallow lakes in the Prairie Pothole Region severely damaged by high water levels as was the wetland drainage systems. To find a chapter near you, to become a member and all that Ducks Unlimited is doing to restore waterfowl habitat, go to www.ducks.org

Another conservation organization, Delta Waterfowl, headquartered in Bismarck, North Dakota, launched their “Working Wetlands” pilot program in 2015 that has annually conserved 9,400 of North Dakota’s most vital temporary and seasonal wetlands, providing essential invertebrate and habitat to nesting hens and ducklings.

Their research indicates that 93,500 acres of these wetlands were lost from 1997-2009 with millions of wetland basins still at risk within the U.S. prairie pothole region.

These and other programs that Delta Waterfowl is helping to preserve habitat, waterfowl and ducks is available at www.deltawaterfowl.org

In the “Good Ole Days” because of the wider corn rows, the weeds and grasses growing between them, there was some habitat, not the best, but some habitat between the rows, today the rows are closer together and with the herbicides used on the fields, it’s barren, there’s no cover, wildlife can’t survive living in today’s corn rows.

If we want to have good numbers of wildlife, we, the outdoorsmen must support and work with the conservation organizations mentioned above and others to protect, conserve, and create the needed habitat the pheasants, quail and deer needed for wildlife to survive and flourish.

Gary Howey, Hartington, Neb. is a former tournament angler, fishing & hunting guide,  an award winning writer, producer, photographer and broadcaster, and a recent inductee into the “National Freshwater Fishing Hall of Fame” in 2017.  He developed and was the Producer- Host of the Outdoorsmen Adventures television series for 23 years that airs throughout the upper Midwest and Co-Host of the Outdoor Adventures radio. Outdoorsmen Adventurers is available on The MIDCO Sports Network as well as on numerous other independent stations throughout the upper Midwest. If you are looking for more outdoor information, check out garyhoweysoutdoors.com, outdoorsmenadventures.com and like Gary Howey’s Facebook page or watch his shows on www.MyOutdoorTV.com