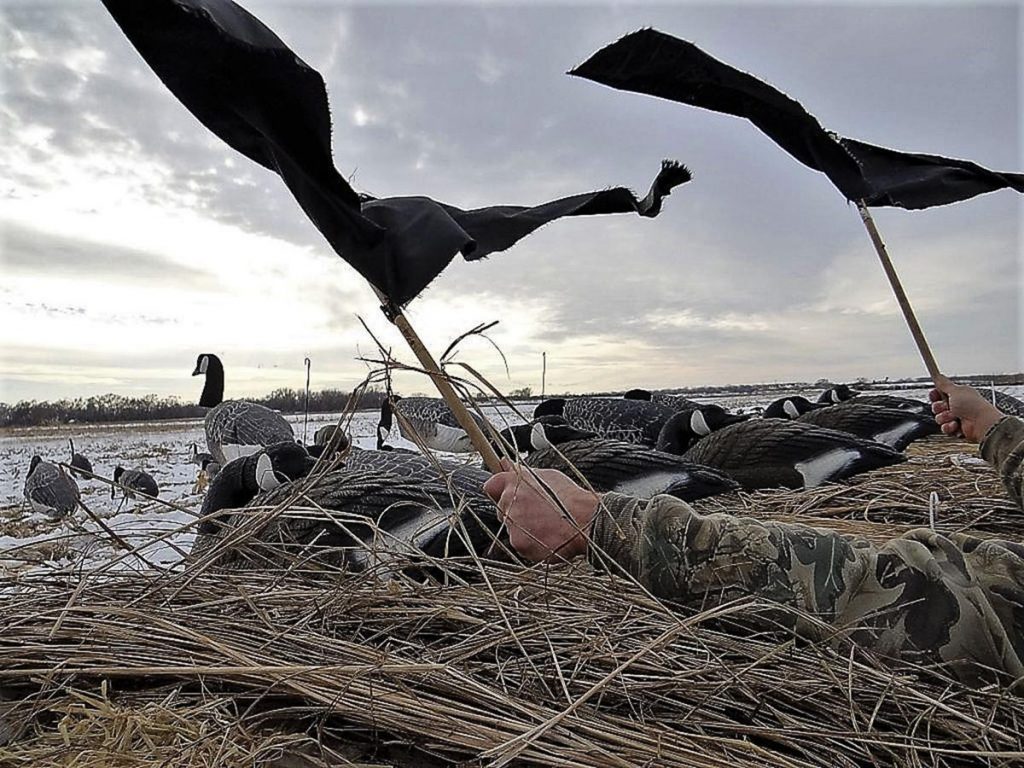 As the geese came off Lake Oahe, coming over the bluff, one of our hunters started flagging. I couldn’t believe it as they were so far away, I had trouble seeing them with binoculars, It didn’t take long doe the entire flock to turn and come our way. (Contributed Photo)

These tips in this column may be too late for this season, as next waterfowl season rolls around, this information will help you to bag your limit.

The first time I was told that flagging waterfowl was the real deal, I almost laughed out loud as I’m from the old school where you don’t move when the geese are coming in and don’t even look up when they get close.

I was at a sport show working in a booth promoting our magazine The Outdoorsmen and Jim Thompson’s booth across from us were promoting flags for waterfowl.

He had pictures of guys flagging and all sorts of pictures of dead geese and ducks that they said were attracted by these flags.

After a day of listening to him, I had to stop by his booth and see what he was talking about.

Some of the things he said made sense, but I wasn’t sold, so he invited me to come up to Pierre next season to show me just how well the flags worked.

As the season rolled around, I was anxious to see just what these flags could do.

When the day finally arrived, Jim, I and two other hunters were setting in a pit just north of Pierre as the sun started rising behind us.

It didn’t take long for the first flock of geese to leave the security of the water of Lake Oahe.

As I watched them through my binoculars, my host pulled out the long flag with a nylon flag shaped like a goose in flight.

I thought to myself, man those geese are so far away, I can verily see them with my binoculars, how does he ever expect those birds to see that flag?

As our guide frantically waved the flag, the birds started to turn towards us, slowly heading in our direction.

I watched the geese get closer and closer, I still didn’t believe that they’d seen the flag and that it was the flag had turned them towards our set up.

Then our guide pulled out the smaller the flag as we started calling to fix the birds attention on the U-shaped landing zone, we’d set up in front of us.

Then our guide said, “Get ready, let them come, now Take them!”

Bursting out of the pit, the geese frantically back peddled, trying to gain altitude and put distance between themselves and the pit.

To my utter surprise, those geese had come several miles into our decoys, but I still wasn’t convinced that it was the flags that had pulled them into us, maybe it was a fluke.

As the next flock of geese started climbing above the bluffs, heading north, we pulled out the flags, one, a long extendable rod, with the other flag being a shorter version.

As it had with the first flock, the lead goose turned to the right and started working our way; at that point, I started to think that maybe there was something to this flagging deal.

Before long, I was on one flag while one of the other hunters handled the other.

Wave after wave of both ducks and geese seem to come from long distances whenever we brought out the flags, so maybe I was wrong about them.

Before the end of the day, there was no doubt in my mind that flags worked well at bringing the geese towards our spread.

Jim and I pulled the flags out and started waving them as soon as we could see the flock with our eyes, quit using them once the flock or at least some of the ducks or geese seemed to be committed in our direction.

The flags seemed to work best on geese, but we also use them to draw ducks in to the area.

I fought the idea of using flags on waterfowl for quite awhile, as I was always told that you didn’t want to spook the geese by excessive movement.

Well, now you won’t find me in the blind without a flag as they can make the difference between a really poor day and an excellent one. 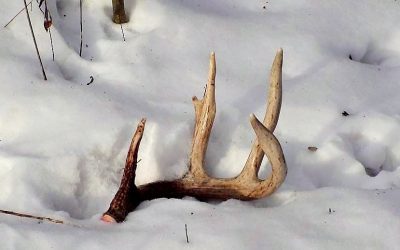