When it comes to Hunting Hunt the Edge By Gary Howey 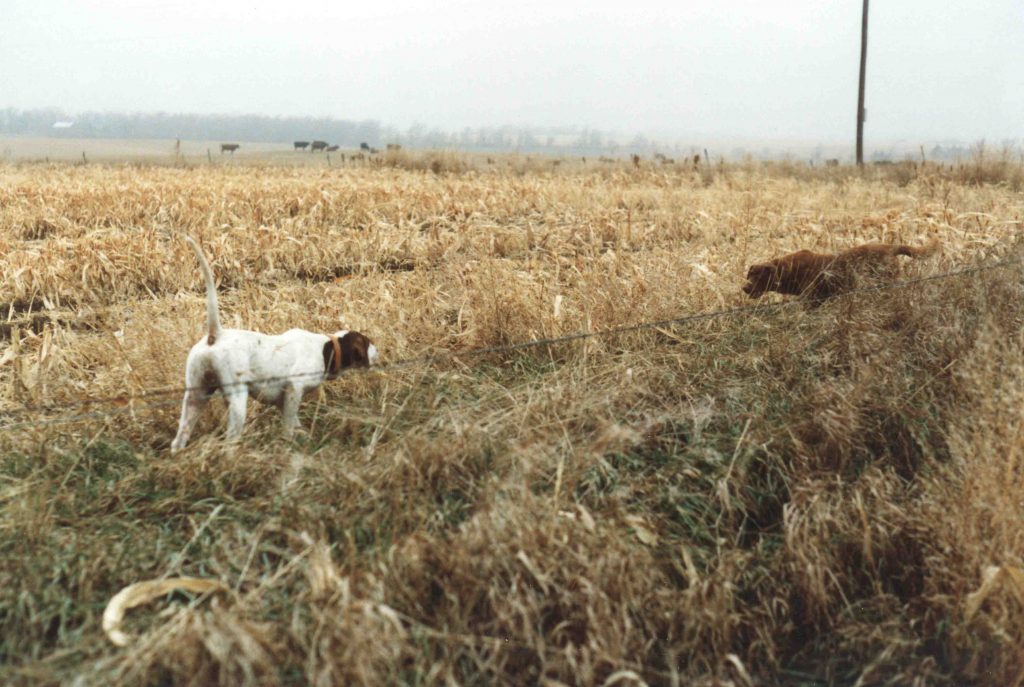 I’ve hunted for as long as I can remember, cherishing every trip and the memories these trips created!

My first hunting trips were with my brother A.J. as we went out with our BB-guns to see if we could shoot a few sparrows and black birds.

On one trip, we even managed to shoot a squirrel, and like true hunters, we tied him to a pole and headed for home.

About half way there, the squirrel, which was only stunned came too, wasn’t too happy being hung from the pole, then it was pure pandemonium as the squirrel climbed on top of the pole and came after us.

We didn’t want anything to do with a mad squirrel and this is where we learned an important lesson, before putting an animal on a pole or in your hunting vest makes sure that it is dead, not just stunned.

Our first real South Dakota hunt was with my Dad, Cal east of Watertown, South Dakota where the pheasant population was unbelievable. It was more of a long walk than a hunt for us kids, because Dad had only one shotgun, his old Model 97.

When we were young, Dad would take us along hunting which we loved, as we would always stop at Tinker Town west of Watertown on Highway 212 for an early lunch. This was where we got our first store bought burger, My brother and I shared a pop and half a burger there and thought we were living high on the hog.

We weren’t really hunting, just sharing the experience, as my brother and I were Dad’s bird dogs, flushing, running down and retrieving the birds.

Even though on these trips, I never had the opportunity to shoot a bird, I couldn’t wait until opening day to spend some quality time with my Dad and brother in the outdoors.

Even back then, I noticed certain areas always held more birds, so if I wanted to be where the action was, I needed to be with the group of hunters walking those areas. At times, there wouldn’t be a whole lot of difference from one spot or another, but these subtle changes, seemed attract and hold the birds.

If there’s a change in the landscape, from corn to pasture, trees to grassland or simply a small open area where a framer accesses the field, this change creates a location where the animals can to move from heavier cover into an area where they can look in both directions, before moving into a new field.

As I grew older, starting to hunt more, I’d always hunt these types of areas as something drew both the animals and me to those locations.

These areas weren’t always the best habitat in the field, with the most cover, sometimes they appeared to be some of the worst in the fields, but that’s where the birds or other wildlife seemed to be located.

What I’m referring to is an edge, a change from one field, location to another. It doesn’t need to be a drastic change, just a change, as wildlife is attracted to the change or something that’s different.

It can where a pasture comes up against a slough, or where crop ground changes over to pasture or CRP.

It creates something different, allowing wildlife a chance to move from one type of cover into another.

I call it the edge effect, as all wildlife will relate to these edges. It’s a fact; a section of pastureland will hold less wildlife then one that includes several edges.

Anytime I’m hunting and have an option as to which area to hunt or walk through, you can bet that I’ll take the area with some type of land or terrain change or an edge. I’ve found these areas will always hold more birds, deer and other species of wildlife.

So if the edge or a change in terrain or crop holds and attracts birds, it just makes sense, that if you’re developing some type of land for wildlife would be to develop edges and put them in your plan.

Instead of planting one solid field of grass, why not mix in a strip of legumes, shelterbelts, food plot or some other type of planting, creating edges in the field.

If you’re lucky enough to have a slough in the same field, you’ll have all the edge you need and what wildlife needs to survive and flourish.

Wildlife uses these areas to loaf or nest in; it gives them several food sources and shelter when the weather gets bad. This means, the pheasants and deer, the critters you are trying to attract and hold on your land won’t need to leave your land for food, water etc.

They’ll have everything they need right where they’re at, as you have what the critters need and your neighbor won’t shoot those birds or that buck you’ve been watching all year, as they won’t see as many birds or that buck, as they’ll take up residence in the excellent you’ve developed.

You’ve created several different areas or changes in your field, edges the wildlife will relate to and use.

What you’ve also created is an ideal hunting scenario, because you know the critters will use the edges of these areas and by hunting them properly, you’ll become a much more successful hunter.

At the same time you’ll have the satisfaction of knowing this was something you developed, creating not only an area where good numbers of birds hatch and live, the deer breed, raise their young and bed, so you have created an area where through proper management, excellent bird populations and trophy bucks will be found.

It is simple, the edge attracts wildlife and by developing, more edges or changes in your fields, and hunting those edges, your success and enjoyment will increase every season.