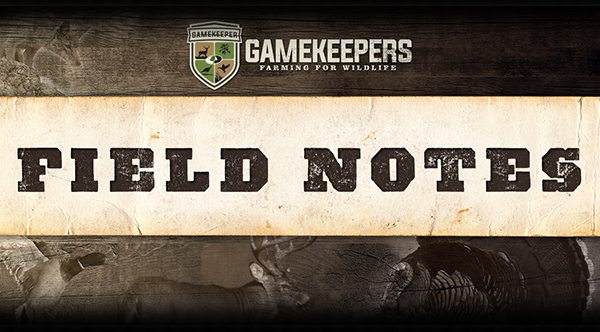 Whitetails are lazy animals and will almost always take the path of least resistance. An example would be a creek crossing. Both bucks and does would much rather cross the creek in a spot where the bank is gently sloping rather than at a spot that is almost vertical. The problem with existing natural funnels is that they are not always in an area suitable for hunting. This is an easy fix. Get out and make your own funnels in an area that suits your hunting needs.

I learned how much deer like to take the easy route several years ago — by accident. Wanting to make a shortcut to get my four-wheeler from my house to an abandoned railroad track, I cut a lane with my chainsaw through a narrow strip of timber for a distance of about 50 yards. It did not take long for the deer to find this “road” and begin to use it religiously to get from their bedding area to a harvested agricultural field and back to bed. I did not cut the trail with the intention of funneling deer movement, but the deer took to it. After noticing all the deer sign, I hung a stand along the man-made funnel. A few days later I killed a nice 8-pointer. Fifteen years later I am still able to kill a deer on this trail.

Here are three surefire man-made funnels that will get the deer moving where you want them to.

Whitetails are creatures of habit, especially when traveling from food sources to bedding areas. They do not like to deviate much from their routine, but they like to travel along the path of least resistance. The problem with their routine is that it does not always take them by a suitable location for a stand. Hunters can either create trails that deer will eventually use, or they can make existing travel corridors less desirable.

One of the best ways to create a trail is by taking weed whips or a machete to create a path through the underbrush near your stand. Another good choice is mowing or using a weed whip to knock down trails along the edge of overgrown CRP fields. This is best accomplished during the summer months to allow deer time to find the man-made travel corridors and get comfortable using them.

Hunters can up the odds of deer using their preferred trail by making other trails less inviting. Once I have a stand placed within range of the trail I made, I begin to place obstacles on other trails. Logs, branches, limbs and any other obstruction that makes the trail less appealing than the one you made will work. Over time, deer will start to leave the original trail alone and use yours exclusively.

Sometimes all that needs to be done is to bring the deer 10 yards closer for an archery shot. An example of why this might be necessary is if the only good tree for a stand is to the north of the trail in an area with predominant north winds. Rather than risk hunting out of a stand when the wind is not right, block off the main trail. Create a new trail that loops around and brings the deer closer to your stand before the new trail meets back up with the existing trail.

After you have created trails and blocked other trails off, stay out of the area. Resist the temptation to go in and check if your creation, as well as your manipulation of other trails, has taken hold. A few weeks before season begins, go into the area once to check things out and to hang stands or set up ground blinds.

If you find yourself needing to close a trail or open another between hunts, use caution. Always wear knee-high rubber boots and rubber gloves to reduce human scent. Pick a time of day when deer won’t be using the area, and try to keep all noise to a minimum, which means using a handsaw instead of a chainsaw. Do the work as quickly and quietly as possible, and cause as little disturbance as possible. Leave everything looking as natural as possible, and you will have deer walking down the trails you want in no time.

Fences can make great man-made funnels. One of my favorite stand sites on my family farm is near a fence funnel. Over the years we have gotten away from raising cattle, but many of the fences are still standing. One fence line in particular on my property separates a bedding area and nearby agriculture field that has either soybeans or corn. In order for deer to get from one spot to the other, they have to cross a small portion of the abandoned cattle pasture and cross the old fence. The deer have one of two options: They can either jump the 5-foot fence, or they can walk about 50 yards and cross through a low spot in the fence that is wide-open. They almost always choose to travel a few extra yards and enter the field through the low spot in the fence without any obstacles.

If the fence on your property is woven, you could cut a 3-foot section out to give the deer an opening to cross through.

Even if the fence is in good shape throughout the property you’re hunting, it’s still possible to make a funnel. If the fence is no longer serving a purpose, as is the case on my farm, it probably will not hurt a thing to doctor it up a bit. If you are not the property owner, make sure you have permission before doing anything drastic. If the fence is made up of several single barbed strands, it takes nothing more than tying the top two or three strands together to make a low spot in the fence. If it is a woven fence, cutting out a 3-foot section should do the trick. Again, always get permission.

Another option hunters have with using fences as funnels is to build a fence. If deer seem to be swinging around the area you are hunting, build a fence to help the deer go where you would like. Keep in mind it does not take a lot of fence to accomplish this. Usually less than 75 yards of a 4- to 5-foot fence will do the trick.

How about a fence row that does not usually have a fence? You know what I am talking about: the boundary lines of two fields that have become overgrown with thick brush, small saplings and thorny bushes. Go in with a machete or a handsaw and make a clearing about 3 feet wide. Now deer will have easy access from one field to the next. These are best made in the corners of fields. If there are no trees in the area that can accommodate a stand, place a natural or commercial ground blind downwind of the funnel.

Open gates also have the potential of being a good funnel. An almost certainty with fences is that they will have a gate somewhere. Here, where I do most of my hunting in the Midwest, fences are usually not too long before they are interrupted with a gate. Gates are needed to allow landowners access to their fields, as well as livestock. If a fence row does not provide an opening for deer to cross through, you can bet they know where a gate has been left open. This a great place for hunters to set an ambush.

If there are gates on the property that you hunt that are always closed, seek permission to open them up. As long as livestock are not living on the property and unwanted people (trespassers) are not an issue, you will probably be granted the go-ahead to open a gate. In order to funnel deer through the gate of your choice and past your ambush, you might need to close other gates on the property. 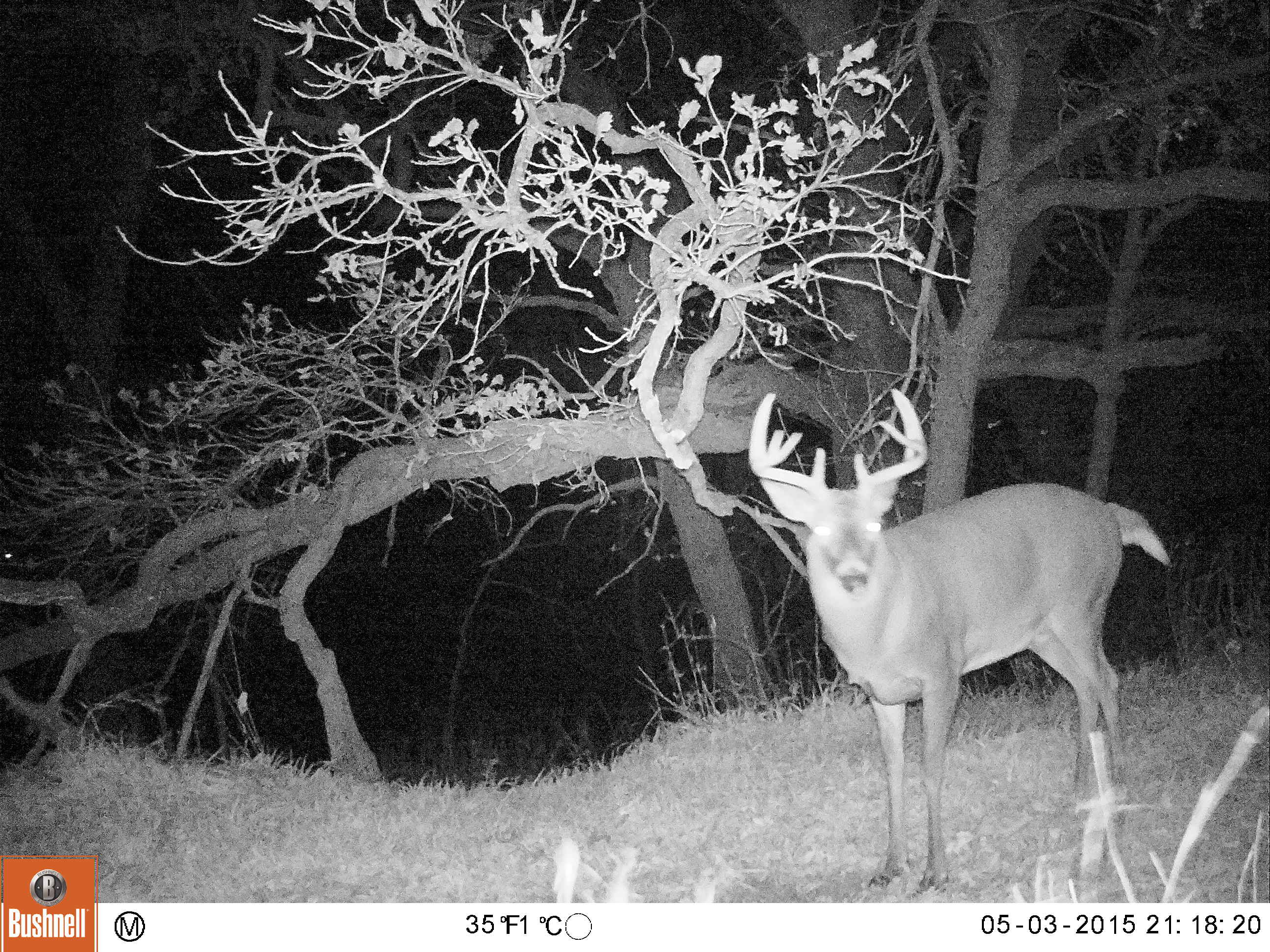 Food plots are planted for a couple of different reasons. One reason is to offer nutritional food that is off-limits to hunting — a sort of sanctuary. This type of food plot cannot be used as a funnel. Other food plots are used to draw deer in for a shot, along with providing a food source. Food plots planted for this purpose can be used as a funnel. When hunters or landowners plant food plots that are meant to be hunted over, they should take into consideration where the plot is planted and the size of the plot.

When I plant plots that I will hunt near, I try to make them as close to cover as I can. Deer seem to visit my food plots under the cover of darkness. For that reason, I hang my stands on the trails leading to the food, rather than right on the edge. Hopefully I am able to ambush a buck as he is heading to or from the plot. This might not sound like a funnel, but you are dictating their movement with the food plot. Therefore, a food plot is a man-made funnel.

Another way food plots can be used as effective funnels is by planting a road with food that deer love. A few years ago I logged off several trees out of a tract of timber on the farm. After the logging crews made roads for their equipment through the timber, deer quickly began to use them as their own trails. Thinking I could coax even more deer to use the “trails,” I planted white clover on the road. Before I knew it, deer were not only walking down the road, but also spending a lot of time eating the lush plants that now grew in the road. Since the food plot was surrounded by vegetation, deer would come out earlier and stay later to eat.

The awesome thing about hunting such a plot is that deer are never out of archery range. Set up your stand 10 to 15 yards downwind of the trail so you are not so close that the deer will bust you. Even if you are 15 yards off the trail, the furthest shot will only be about 25 yards.

If you have not had a logging company on your property recently, all you need is a chainsaw, a brush hog, and permission to build your own road — not to mention one heck of a funnel.

Funnels are easy to make where you want them. Take a close look at what you can do to make a path that offers little resistance to deer in the area you’re hunting. It might be as quick as tying a barbed-wire fence together, or as much as planting a food plot on an old logging road. Whatever you do, once you begin to see the results, you will know it was time well spent. 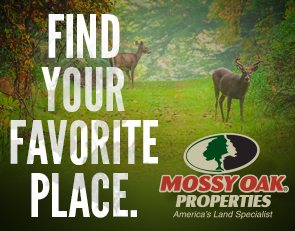 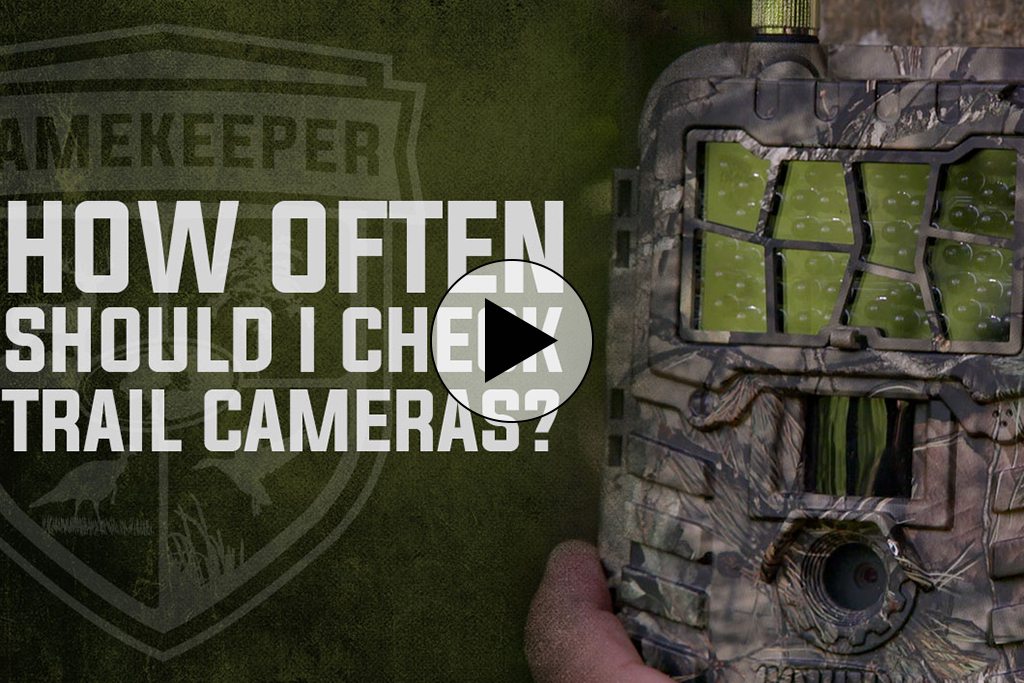