Don’t get stuck in the same old Rut When Fishing 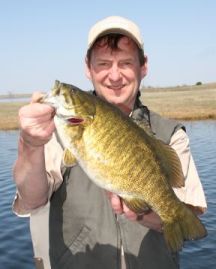 Some of the best fisherman I know haven’t become the exceptional anglers, by fishing only one approach, one method, as they’re diversified, with they’re fishing arsenal, their tackle bags and rods geared for numerous species and numerous presentations.

Their tackle bags  aren’t crammed with one type of bait or rig, they use different presentations, different lures, every time they go out, they’re on the hunt, looking for the fish and once they’ve located them, depending on where the fish are holding, decide what fishing method would be best used to catch them.

Some anglers, are one method anglers, when they pull away from the dock, it’s water they’ve been on before and because of that, head for the known hangouts of the game fish, and tend to fish only one way, it could be live bait rigging,  jigging or trolling, and when that doesn’t do the trick, they load up their boat and go home.

Other anglers, only fish for one species, it could be walleye, bass, crappie or catfish and if the bite is off on those fish, may just give up and call it a day.

I’m one of those that may go after one species, but if the walleye bite is off, I’m just as happy to go after other species, as I’m already on the water and might just as well enjoy my time there as if I call it a day, that means I’ll be in the office the rest of the day.

You don’t want to get stuck in a rut, using the same baits, fishing the same way on each trip, as a fish’s nature changes, on one trip, bottom bouncers and spinners are the only thing the fish want, and each trip, other  things may change, water temperatures, wind, and baitfish location.

The fish may want the bait presented at a certain speed and on those trips, when you feel  you have it all together, thinking that you’ve figured it out for that body of water and the next time on the lake, you use the same bait, same presentation, fish the same spots and run your boat at the same speed, unfortunately, if you don’t change something, you may have to stop by Hy-Vee in order to bring home fish for supper.

During the” Dog Days of Summer” when it’s “almost” too hot to fish, the baitfish move deeper, with the walleyes moving along with them into the deeper water, not far from their next meal.

During each of these periods, the angler needs to think like a fish, to figure out where they’re at and why and then use a certain presentation to catch them.

It’s a fact that those who troll crankbaits are going to catch the more aggressive fish, but what if the water you’re trolling isn’t where the fish have always been, if that happens, you’re just out for a boat ride.

There are times, when trolling, the baits pulled behind the boat aren’t producing, where we need to come up with a different plan.

As a diver, when I was working with a couple of anglers that were trolling over shallower water, as their boat moved by, those fish that were in the direct path of the boat moved off to the side, as it was big, something different and they moved away from it.

In order to catch those fish that are now, off to the side without continually trolling back and forth, it’s not a bad idea to fish planer boards.

I use Off Shore Planer boards, as they allow me to move my bait off to the side of the boat, where the lures attached to the planer boards would be running, giving me an opportunity to catch those fish that had moved away from the boat.

Boat speed can be very important when pulling bottom bouncers or crankbaits, as fish depending on their nature, how they feel that day, may want a bait that’s presented just so.

As a general rule, most anglers troll at two, two and a half mile per hour, and when we do this, allows us to let the fish tell us how fast of a presentation, they’d like that day.

When making a turn, the inside bait will slow down, at times, stopping and starting to rise, while the outside bait will pick up speed.

Don’t just cruise along at the same speed as you’ll have to experiment with it, speeding up, slowing down until the fish show you what trolling speed of the bait, they want that day.

On one trip to Lake Sharpe, good friend Bob Knopf, and I weren’t having any luck trolling spoon plugs and crankbaits at two and a half miles an hour, when we made the turn, the outside bait, the bait that picked up speed caught fish, so once we had our lines straightened out, we tried speed trolling, moving the boat along at three miles or faster and when the fish hit, he hooked himself, popped up to the top and skipped along on the surface, allowing us to have our two-man limit in less than an hour and a half.

If you locate a school of fish while trolling, but only catch one every so many passes, it may be best to set on top of them and use a jig, you  know they’re down there and at what depth and by using a jig,  you can put the bait right in front of the fish, even if they’re not aggressive, by banging it in front of them, you’ll eventually make them mad and they’ll go for it, just to get it out of their way.

The size of a jig, can make a huge difference in the bite, it’s always best to start small and work your way up and if small is what the fish are after, in order to get these smaller jigs down quickly, you’ll want to use a lighter line as the smaller line has less resistance and will sink quicker, getting your bait down where the fish are waiting.

We’ve all heard of a walleye chop, it’s when there’s just enough wind to ripple the surface, cutting the light presentation, allowing the light sensitive walleyes to move up to feed, this also happens when the waves come into the shoreline, picking up silt.  that’s carried out into the water and as more and more waves crash in, a huge mud line appears, which generally may only be on the top couple of foot or so of water.

When this happens once again the light penetration is diminished, with the walleyes moving in under the mud-line to feed.

Jig color is another one of those subjects where individual anglers all have a preferred jig color.

Since I don’t have the patience to keep switching jig color, I opt to go with multi-colored jigs as I figure that one of these multiple colors will have to attract the fish.

Bottom Bouncers and spinners are another great presentation that can be utilized while trolling or drifting.

The key to using these with spinners is to fish the rig vertically, keeping the bouncer standing up as once it lays over, your spinner won’t work properly and there’s a good chance that you’ll be snagged.

Again, when I choose my spinner color, I go with a spinner that mimic’s the main baitfish in the water I’m fishing, one with a baitfish image or as I mentioned before a blade that’s multicolored.

Depending on the blade type, some need to be trolled or drifted at higher speeds in order to get the blade to spin properly, while others can be drifted or trolled slower.

Let’s talk about how individual blade types and how they run through the water, the blade size affects the vibration, the amount of flash given off and the depth it will run.

The larger Colorado blades spin at a different angle, creating a thumping noise, with a lot of vibration as it’s being pulled through the water.

Because it’s a wider, larger blade, it will rise, higher in the water and needs to be pulled or drifted at higher speeds in order for the blade to spin properly.

Spinner rigs come with one hook for fishing minnows or leeches and two hooks for fishing night crawlers.

For years, we’ve all been told when using a two-hook worm rig, you want your worm to look natural with the worm running straight in the water, well, the Slow Death hook has blown that theory completely out of the water as this hook used on a Slow Death spinner spins through the water, adding extra vibration and works best with only a half a crawler.

When fishing with a spinner trolled at higher speeds, I’ve become a fan of the Northland Baitfish Spinner Rig with its Colorado spinner blade and when the faster presentation isn’t working, a great choice to go with is the Butterfly Red Slow Death Hook Walleye Spinner Rigs which spins at much slower speeds with the Butterfly blade giving off a different vibration and the Slow Death hook spinning as it goes through the water.

No matter what bait or presentation you’re using, to catch more fish, you’ll want to use fresh lively bait and not drag a crawler, minnow or leech that’s been beat to death as bait is fairly inexpensive, with the live bait giving off of more scent and has more action.

These are many of the things I’ve learned guiding, fishing tournaments and spending numerous hours on the water, and they of course aren’t set in stone as there are a number of things out there that Mother Nature controls, so we need to learn every time we hit the water.