The first of September hunters in South Dakota and Nebraska headed out to their favorite pond, harvested wheat-oat fields and shelterbelts to take a shot at dove hunting.
W

hen I say, “take a shot”, I should have said take many shots as dove hunting can be a challenge! Doves are the aerial acrobats of the bird’s kingdom as they seldom fly in a straight line, darting from side to side and changing altitude in the blink of an eye as they zig-zag their way across the sky.

It does not take much of a load to down a dove, as long as you can catch up with and get a bead on the little buggers.

Do not feel bad if you miss several birds, since studies indicate that the average dove hunter will shoot as many as 10 shells for each bird that he drops. I am sure ammunition manufacturers lick their chops as dove season nears because they know that ammunition sales are going to increase dramatically.
Any gauge shotgun will work for dove hunting. The group of hunters I hunt with use every gauge imaginable. As they use 12, 20, 28 and 410 gauge shotguns.

As far as what shells to use, we pretty much agree on Winchester AA 8 & 9 loads 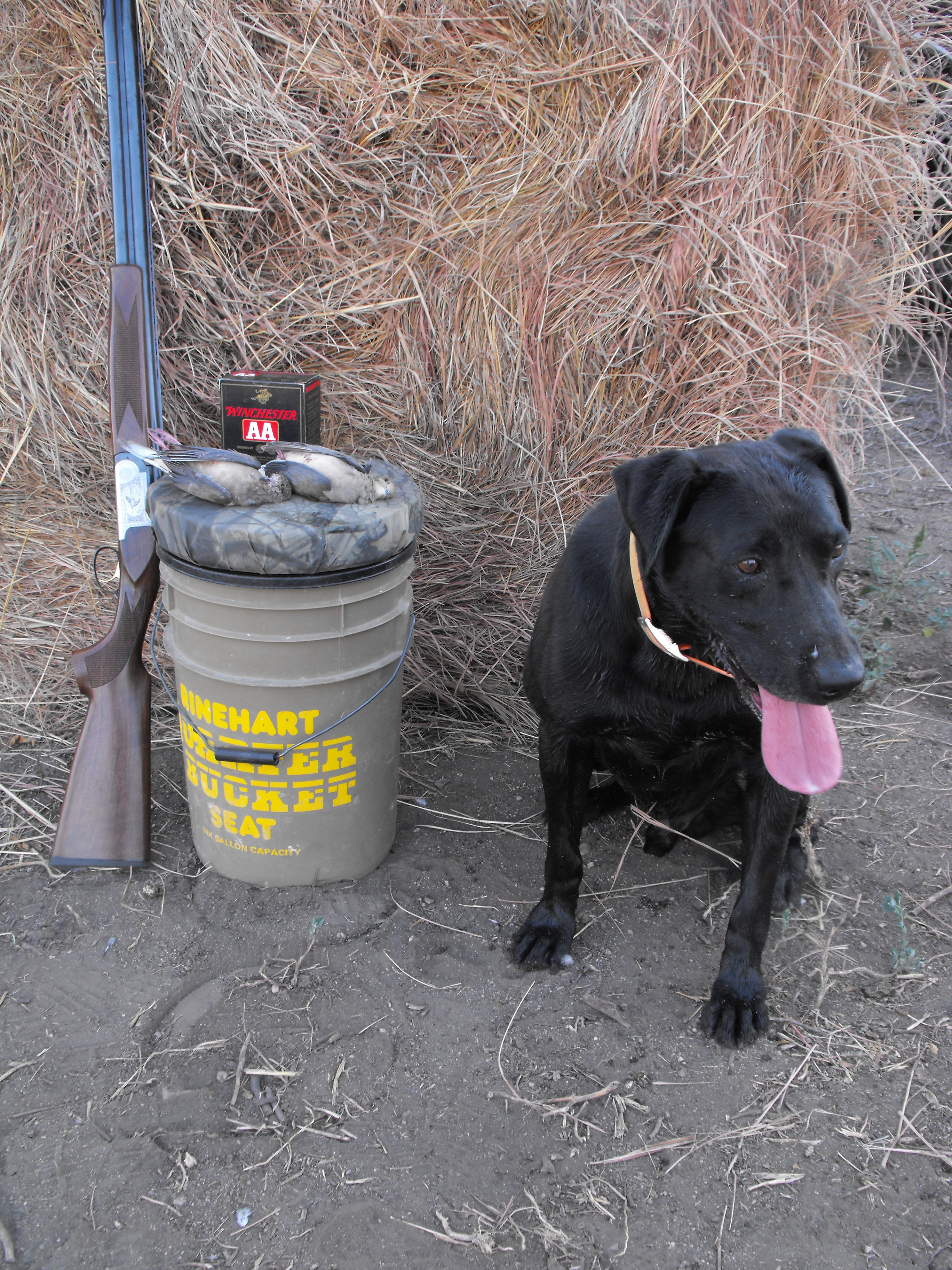 Our plan on opening day is to set up around a local farm dam or stock pond. Our most productive hunting occurs late afternoon until sun down, as this is when doves make their way to these areas for water.

You will want to look for ponds with open ground around the edge of the water and especially those with dead trees or dying trees nearby as they give doves a place to set and rest or observe the pond before flying down.

It does not seem that doves are in a hurry to do anything until you take a shot at them, as they will set in the trees or on a hill above a pond for long periods before coming in.

The reason open ground around a pond is important because that is where the birds land and then they will saunter down to the water.

Ponds with heavy vegetation along the edge just do not attract as many doves because the heavy cover makes it impossible for the birds to get to the water to drink.

If you are going hunting around ponds, a good hunting dog is necessary, as much of your shooting will be over water and a dog can retrieve those doves that fall into the water.

Most hunters enjoy hunting doves because of the challenge, it is also an excellent opportunity to get both you and your dog tuned up and out for some early season exercise and practice.

Doves feed heavily on weed seed, preferring hemp-marijuana and ragweed. If the pond you are hunting has a weed patch near by, chances are you will get plenty of dove activity in the area.

When hunting ponds, it is best to have several groups of hunters on the surrounding ponds, which will keep the birds moving as they jump from pond to pond.
On large ponds, it is a good Idea to have several hunters stationed around the water. Doves are such erratic flyers that you never know which direction they are coming in from and by having hunters stationed around the pond or on several different ponds in the area; you will have more shooting opportunities as well as keeping the birds in the air and on the move.

During the early season, it does not take much to draw doves into a pond, but as the season progresses, doves become more wary and can be tough to attract. In the late season, dove decoys will help to bring them in.

Like the waterfowl hunters, those after doves are finding that some sort of movement such as a wind driven or a motorized decoy near the area you are hunting will help to bring these educated migrating birds into range.

The movement of the decoy wings helps to draw attention to the area you want the doves to be.

Unlike other types of hunting, camouflage is not very important when you are dove hunting. We wear a natural or neutral color such as brown or light green to blend in. Around small ponds, it is easy to find a wash out, downed tree or a clump of weeds that you can hide yourself in.

Some states like Nebraska require a HIP number while hunting migratory birds, so be sure to check the state game laws of the state you are hunting in before heading out into the field.

If you want to sharpen your wing shooting skills and enjoy some fine eating, give dove hunting a try! It’s a great way to get some early season shooting and dog training in!