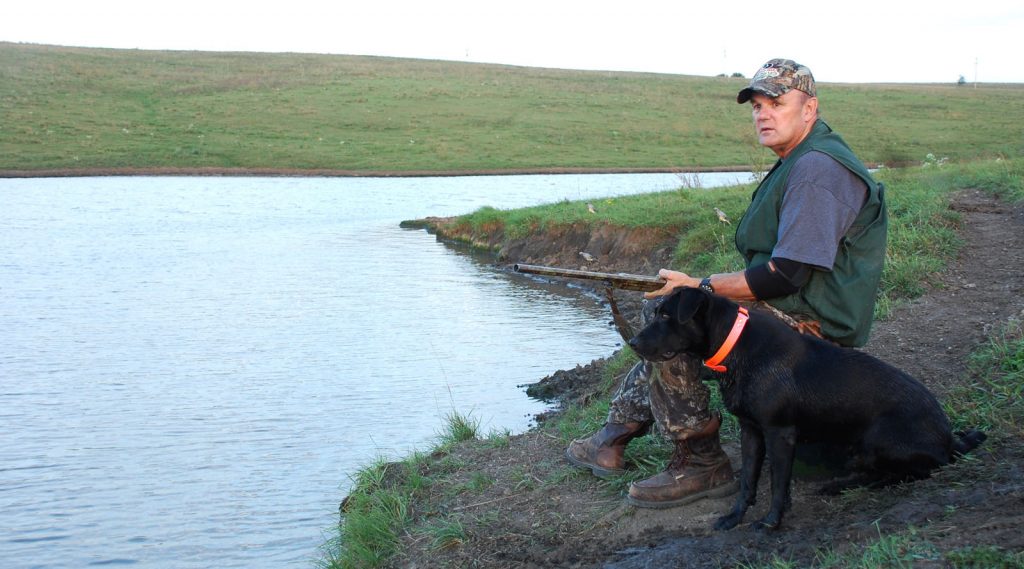 If you head several shotgun blasts in late afternoon outside of town on Sunday September 1, not to worry as it’s the opening day of the dove season.

The daily limit in both states is fifteen with a possession limit of forty-five and if you hope to get near your limit, best bring plenty of shells
along as doves are very acrobatic, never seeming to fly in a straight line.

Found throughout both states, with hunters setting up in the early morning and at dusk on ponds, along the bird’s flight paths taking the birds as they fly from sunflower, millet and wheat grain, CRP and weedy areas to water and then back to their evening roosting areas.

It doesn’t take much of a cooler weather change to get the birds to bunch up as Mourning doves are very sensitive to cold weather and may migrate out as the evenings grow frosty, heading south, leaving some parts of the states void of any birds.

In my area, it appears that some of the birds have left northeast Nebraska, as we had some wet weather and cool nights, so there may not be as many birds as we had earlier.

Fortunately, doves are migrators with birds from northern states coming into our area during their migration.

The banding of the doves in both South Dakota and Nebraska allows biologists the opportunity to learn about the bird’s survival rates and movements.

Hunters are encouraged to check their birds for leg bands, as biologists across the country have banded thousands of doves in Nebraska and twenty-five others states and hunters can play a vital role in dove management by reporting any bands that they recover.

Mourning doves banded in South Dakota, are commonly harvested in the Southern United States down to Central America.

The Eurasian collared-doves are a non-native species, which does not migrate and generally found close to town where they nest in conifer trees located close to their food source, which may be the local elevator.

The Eurasian collared-dove the Bahamas in the 70’s, coming into Florida in the early 80’s, spreading across the country. Hunters can take the Eurasian Collared-doves year round, but during the regular season, they must be counted in the daily bag limit.

Doves are the number one game bird in the United States with from 20 million to 70 million birds harvested annually.

Because doves are such prolific breeders, especially in warm climate, a pair of birds may raise up to six broods with each containing two young birds.

Hunting doves can be a challenge, as doves never seem to fly in a straight line; it’s been said, jokingly, perhaps it’s because they gouge themselves on “Hemp-marijuana” seeds as well as ragweed and grain seeds.

The birds fly, zig zagging their way across the sky and when danger or something doesn’t look right, become aerial acrobats, dropping suddenly, or changing direction and altitude quickly.

I’ve hunted doves in several states with our crew setting up in sunflower and harvested wheat fields, with our most productive hunting has been during the late afternoon setting up on small ponds catching the birds when they come into water.

I’ve always had a dog with me when I hunt doves over water, but last year my Lab MoJo passed and I couldn’t bring myself to begin training a new pup.
Because of that, in order to retrieve the birds down in the water, it looks like I’ll have to carry a fishing rod with a lure to hook the doves and bring them out of the water.

If you can get lucky and catch the birds as they bunch up to migrate or have a flock of doves migrate into your area, the numbers coming in will amaze you.

Just because you have a large flock of zig zagging, tumbling birds coming in, doesn’t mean that you’ll have your limit with the hunt ending quickly.
One dove is hard to hit and when you have ten, twelve or more doves coming your way you can go through many boxes of shells, only to find that you may not have hit anything.

I use Winchester AA Light Target Loads in 8 or 9 shot as I feel that the way a dove flies, you aren’t sure which direction it will be going and with lighter shot, there’s plenty of BB’s and may, just perhaps the bird will fly into one or two of them.

Camouflaged probably isn’t needed for dove hunting, but you know me, I’m going to do everything to tip the odds in my favor and wear camo when hunting doves.

Decoys or some type of movement in the area you are trying to draw the birds to seem to work well for me.

I have MOJO battery powered dove decoys as well as wind driven decoys, with several standard decoys that I place along the edge of the pond.
In order to find a pond or dam the doves are using, you need to have bare ground along the edge of the water as doves light close by and then walk down to drink.

If there is weed growth all around the pond, you might get a fly buy, but you have a better chance at bringing in and hitting doves that are looking for a area to land.

If you can put the battery and wind driven decoys in an elevated position, it allows the doves to see them from a distance and seems to draw the birds from farther out.

Doves love to look over a sight before coming in, it can be a dead tree, power lines or a fence, one of my hunting partners has a perfect dove hunting pond, but there’s no place to hang your decoys or for the birds to land in before coming into drink.

To solve this problem, he took a dead tree, dug a hole and added to the top of the dam, giving us not only a place for decoys, but something for the birds to zero in on at a distance and to light before getting a drink.

It also helps to have other hunters stationed on the dams in the area, as this keeps the birds moving, given hunters a much better chance at seeing good numbers of birds.

Team Member Larry Myhre, Sioux City and I went out late afternoon on the first, not sure of what we might find. The cooler evening temperatures and an inch and a half of rain the day before isn’t the kind of weather conditions that lead to good dove numbers remaining in the area.

Which generally gets the doves to bunch up and begin their migration, it was a warm humid day, so the birds that are still around and those that may have came in from the north will need a drink, and if we’re on the right pond, we may get some shooting.

Because of the rains we’ve had the ponds, we were hunting; making had doubled in size making it hard for us to cover all the water.

It seems no matter where a hunter sets up; the birds seem to come in on the opposite side, well out of shotgun range.

Towards dusk, groups of four to twelve doves came in, many out of range. We were shooting an over under and sides by side, giving us two shots, follow up shots were out of the question.

We did Okay, managing to take sixteen birds, just under two boxes of shells, well above the average, but still not the best shooting.

Beings doves are small birds, only the breast is saved and since they are a dark meat bird, some folks don’t seem to care for them.

I’m not much for dark meat, but I’ve had good luck, mixing a batter made of flour, garlic salt, hickory seasoning and Lawry’s seasoning salt and then deep fat frying them.

One large hunting family near Hartington that shoots many doves marinates the breast meat, wraps them in bacon and grills them on the barbecued and they make excellent hors d’oeuvres.

These acrobatic little birds will test your shooting ability as well as your patience and make the shotgun shell manufacturers very happy as the average number of shots per bird ranges around ten shots or more.

Dove hunting is an excellent way to get in some early shooting practice, to get your hunting dog in shape for the upcoming seasons and have dove along with other finger foods at a get together while watching a football game in television.