Fall, is some of the Best fishing there is!  gary Howey 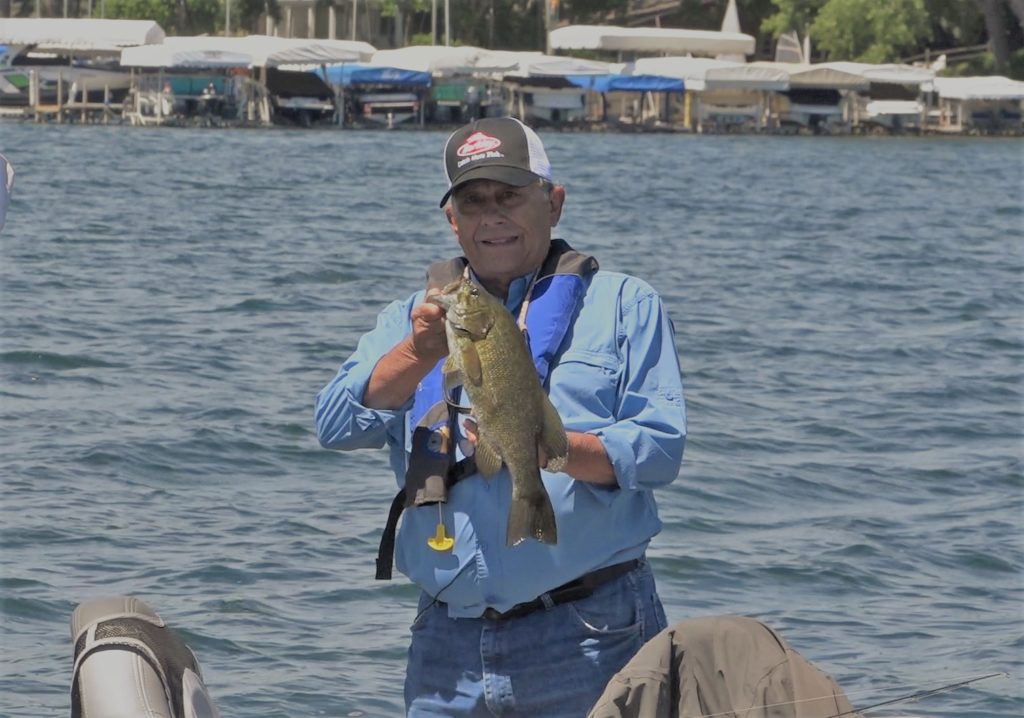 As summer makes the turn into fall, walleyes and other fish feed heavily, feeding heavily before the winter months. Larger jigs with chubs, seem to out produce the smaller baits during the fall season.

It’s that time of the year with fewer daylight hours and temperatures beginning to cool, a sure sign that fall is right around the corner.

It’s that time of year when the fishing slows down and hunting seasons are just getting started.

Don’t give up on fishing too early, as it’s just a matter of time before fall fishing really picks up.  With the drop in water temperatures, fish will begin to feed heavily getting ready for the long hard winter. Angler’s fishing in the fall, have the opportunity to catch some of the biggest fish of the year and because of this, larger live bait should be used.

During the fall, fish have to fatten up quickly before the freeze up.  Chubs and larger minnows seem to attract the larger fish, out producing smaller live bait.

Fall is when all species prepare for the cold winter that will be here before long, as they are bulking up.

Once you feel the extra weight, it’s a good idea to go back on your rod, giving the fish a better opportunity to take in the bait and the stinger hook.

Walleye, sauger and smallmouth will move up into the shallows, attacking the remaining baitfish and crawdads that survived the summer.

Bluegills, crappies, largemouth bass and pike in the lakes will work their way in along the weed edge picking off insects as well as each other.

Falls the time of the year when you’ll find the walleyes in the lake spreading out over the mudflats or working along the weed edge looking for a late season lunch.

The fall, is when anglers should be looking for the greenest vegetation in the shallows they can find. Fish move into these green weed beds along with the baitfish because this is the area that contains the most oxygen.

Of course, fishing these areas can be a nightmare as weeds can eat tackle almost as fast as you can tie it on.

Bass fishermen need to probe the weedy areas with weedless baits such as a Texas rig or jig/pig combination and can also use a slow rolling spinner bait or buzz baits run over the top of the weeds.

Since the water temperatures are starting to cool, the fish’s metabolism will also slow down, so you’ll need to fish your baits a bit slower this time of the year.

Panfish anglers need to work the pockets and edges of the weeds with small tube jigs and light livebait jigs.  Slip bobbers, split shot and small hooks tipped with minnows or pieces of night crawlers cast in along the weed edge will draw panfish out of the deep cover.

Anglers using jigs and minnows worked along the edge of the weeds and on the breaks along mud flats will also do well in the fall.

In the fall, Pike will be found, working in or amongst the weed beds.

When coming across a hole or pocket, it’s a good idea to let the spinnerbait drop or helicopter down into it, then by holding your rod tip high, you can crank it back up over the top of the weeds.  The pause and slow drop of the spinnerbait will often tempt bass hiding in and along the edge of the pockets to come up and take the bait.

Catfish will be moving from their summer haunts and heading for the deeper pools.  Catfishermen will need to look for the fish in deeper holes, working their prepared (stink baits) and live bait rigs in the pockets with less current and in those slack water pockets that lie behind the dead falls and snags.

No matter what species of fish you’ll be looking for, don’t overlook the slack water pockets, especially those in the river, that are just off the current by the dam or off a point. You can bet that sometime during the day, these areas will be visited, with fish cruising through the area searching for a meal.

Don’t make the mistake that many anglers do during the fall and put your fishing gear away too soon!

Fall fishing produces some of the biggest fish of the year and it’s the time of the year that all species will moving about looking for the food needed to help them fatten up in preparation for winter.