Fronts, the Good, the Bad and the Ugly By Gary Howey 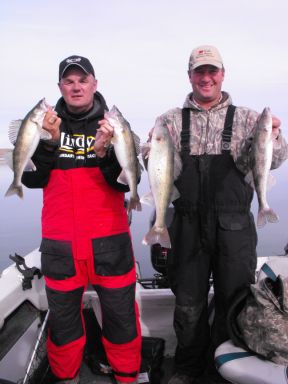 As anglers, we know that there are several things that Mother Nature throws at us that we must adjust to.

These include air and water temperature, winds, currents, water clarity light penetration and barometric Pressure and if you spend much time on the water, I’m sure you had at least one day where you could do no wrong.

On another day down the road, when you were out fishing, you were doing the exact same thing on the same body of water in the same spot, but nothing seemed to work, to get the fish to bite.

More than likely what’s changed is the barometric pressure, the air pressure that’s put against the earth.

Studies have indicated that it happens all the time and is felt in all species, both animals and fish, with the fish feeling the pressure on the water along their lateral line and bladder.

If the pressure, the barometric pressure is falling, fish feel it before it actually arrives, and because the weather change that’s on the way, the fish are on the bite, feeding before the front moves in.

The change in the barometric pressure happens almost on a daily basis, putting pressure on the fish and its organs with the fish getting lock jaw or becoming aggressive.

When there’s a quick drop in barometric pressure, a low-pressure system, you should have excellent fishing as the fish will be on the bite before the storm arrives and once it arrives, the fish will develop lock jaw, going deep to wait out the storm.

When there is a quick rise in the pressure, a high-pressure system, the fish, will go deep and fishing is going to be poor for a few days, but once things settle down, which takes about three days or so, the fish should return to their old haunts, with the bite picking up.

When the clouds start to come in and poorer weather on the way, you have indications that a cold front a low-pressure system is coming your way which don’t stay around long and once they go through, things will go back to normal.

The change in pressure, just a slight amount is felt all the way to the bottom, along with the warming of the water by the sun causes a change in the water, causing that what on bottom to rise.

Anglers are lucky, when during low pressure, that aren’t around long, but once that falling pressure become stable, you’ll find that the fish are going to be in the deeper water, as they need to stabilize their swim bladders and during this time, fishing will be slow.

An effective way to take fish if you’re out trolling when a low-pressure system has come through is to slow down and as mentioned before use smaller baits, as the fish in the deep water are resting, getting stabilized and won’t use much energy going after your bait.

And, once the storm is through, pressure will begin to rise and nicer weather, during this time fishing isn’t going to be the greatest as it takes a couple of days for the bladder of the fish to go back to normal.

Because of the rain and wind, there will be organisms, insects and other food to be brought into the water, and when the fish are back to normal, because of this, the fish will have a lot to feed on.

Rising water temperatures, once the storm passes, as the pressure will start to rise again, where you’ll have beautiful sunny days with very little wind, but the fishing will continue to remain slow, as the fish have to adapt to the pressure changes.

Their feeding habits will take a day or two to return to normal, and with the colder water temperatures, it will take longer for the fish to adapt.

One good thing after a storm has passed through is that it tends to wash a lot of food back into the water for the fish to feed upon. For example, when fishing a river, a surge of rain can push a variety of terrestrial insects into the water. When the fish become active again, there is plenty of food for them to forage on, so using terrestrial fly patterns during this time can be successful.

As a rising pressure system comes through, I like to use a bait which has a lot of vibration, which may cause the fish to bite, just to get rid of the vibration.

There are ways to catch fish when these things happen, the fishing will be better after the front moves through, it may take a couple of days, but there are still ways to catch then, slow down and go with a slower and smaller presentation.

For me, any day that I get away from the office, no matter what the weather conditions are, will be a great day for me.

Gary Howey, Hartington, Neb. a former tournament angler, fishing & hunting guide and an award- winning writer, producer and broadcaster, and in 2017 inducted into the “National Freshwater Fishing Hall of Fame”. He developed and was the Producer- Host of the Outdoorsmen Adventures television series for 23 years that airs throughout the upper Midwest and available on the MIDCO Sports Network and News Channel Nebraska. Howey is also the Host of the award-winning Outdoor Adventures radio show, heard each morning at 6:45 am throughout South Dakota, Nebraska and Iowa.  If you’re looking for more outdoor information, check out garyhoweysoutdoors.com, and outdoorsmenadventures.com, with more information on these pages, Gary Howey’s Gary E. Howey’s Facebook page, Outdoor Adventure radio and Team Outdoorsmen Productions Facebook page

END_OF_DOCUMENT_TOKEN_TO_BE_REPLACED 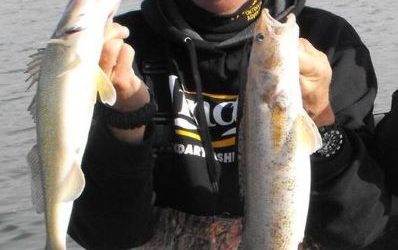