Northern Pike Love them or Hate them by gary Howey 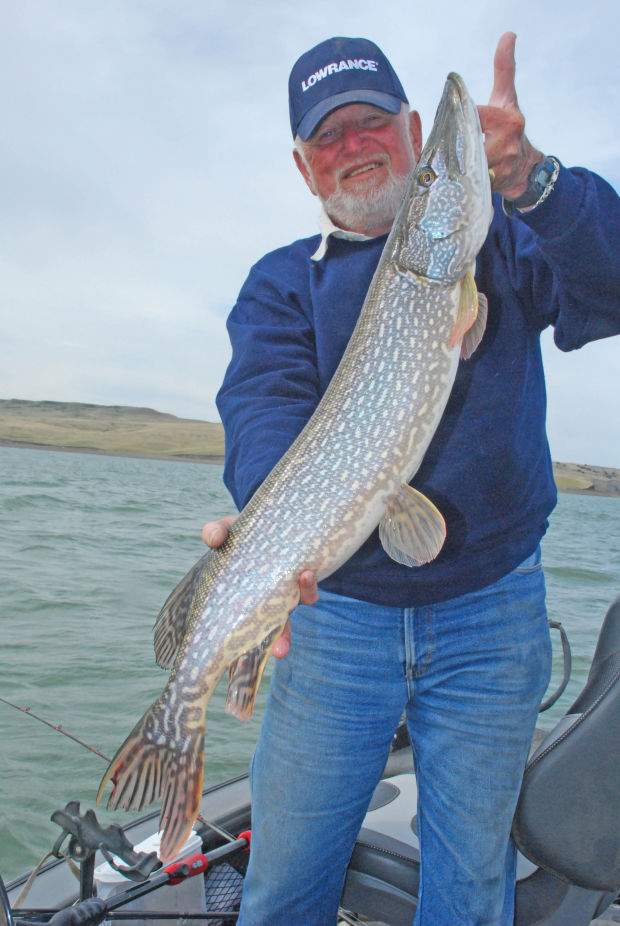 Northern pike, while some people don’t care for them, there are others, like me, who enjoy the fight a hooked northern puts up, then there’s those anglers, because of the pike’s slime coat, that refuse l to bring them into the boat. My experience with Northerns began as a youngster, in Watertown, SD where we lived a block away from the Big Sioux River where I did my first fishing.

Pike has a certain nature, being aggressive, are prone to strike at almost anything with a certain wobble and flash. It didn’t take much of a lure or presentation to provoke a strike by a northern, and in my dad’s tackle box, we had, numerous of what we called our tore up secret weapons, the Daredevil, in about every color you could think of, always going back to the most beat up lure that was torn up and scratched from the last fight with a pike with my red and white seeming to work the best.

If you do much fishing for pike, all you have to do to find your secret weapon is to open your tackle box to your spoons, grab the most beat up Daredevil, clip it onto your heavy line or leader, cast it out, raise your rod tip, while holding firmly to your rod and slowly, retrieving it back to shore, with the lure doing the rest and if  there’s a Pike close by, they’ll attack it. It’s the lures color and the reflective back of the spoon creating the flash, and its wobble that drives pike wild.

The fight a pike puts up will test your fishing ability as an angler and more than once because of the northern sharp teeth and gill plates, to lose the fish as it came towards the weedy shoreline. Some of the early anglers that I hung around with, went with a heavy line, which seemed to take away from the spoon’s presentation, working for the first couple of Northerns, but eventually lose the fish, when the heavier line breaks. Leaders solved that problem as long as you weren’t tangling with a bigger pike, as they’d roll to escape the hook, and when doing so would twist up the leader, making it hard for the bait to run straight. As kids, we brought our catch home to eat and my grandfather Butch Menkveld helped clean them. Because northern are bony, when we sat down to eat, there was always several slices of buttered bread by our plates, just in case we ended with a bone that didn’t go all the way down, with the buttered bread taking the bone down. Eventually, I learned how to clean, to fillet a northern where there would be very few if any bones in the fillet. The meat of a pike is a white firm meat and if cleaned properly will be hard to tell the difference from its meat from that of other fish.

← Prev: Watertown, S.D. My Hometown By gARY HOWEY Next: To get Waterfowls Attention, Pull out the Flag   By gary Howey →