“Of the Outdoors” Predator Problems Solved by Calling By Gary Howey 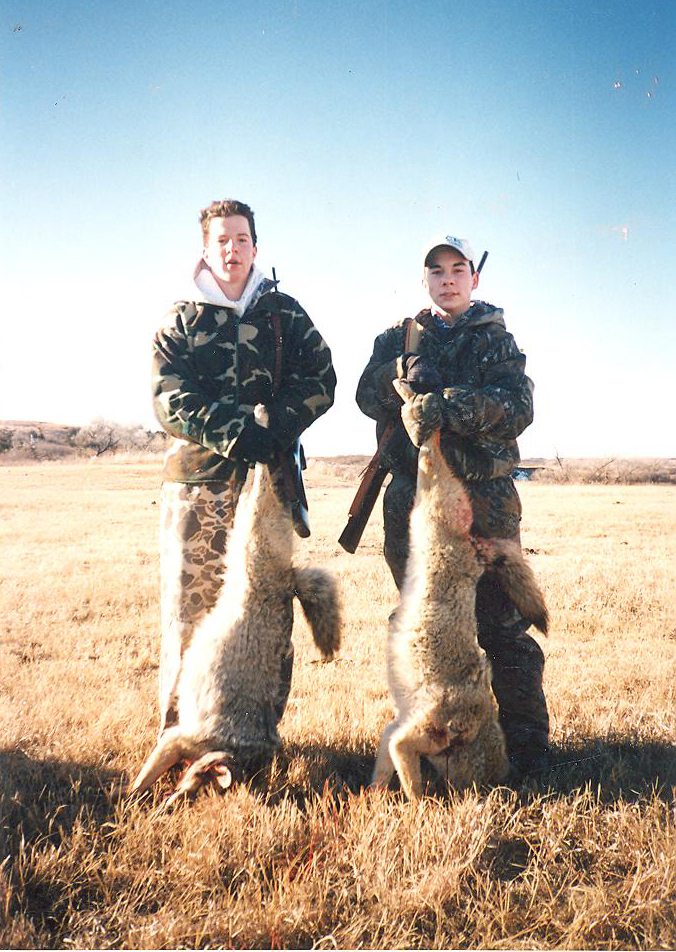 Predators are animals that prey or feed on other animals, needing flesh to survive.

They fit into the scheme of things by helping to keep nature in balance, by removing excess animals, leaving more habitat and food for those animals left behind.

They too can be a problem, when their numbers grow to a point where there are too many predators to support their habitat and their food source.

To large, a predator population creates problems, throwing nature’s balance out of whack, affecting the prey species, which includes upland game, turkeys, waterfowl, their nesting and even domestic pets.

An excellent way to control predators is to hunt, to call them and is something that many hunters do year round.

As cold, weather sets in; an excellent time to hone your predator calling skills, as predators will have a tougher time surviving through the winter.

During the warmer months, predators have had a good life, as rabbits, ground squirrels, mice, birds had just had their young, and there was a lot for them to feed on and, they do not have to work that hard to fill their stomachs..

Once the cold weather arrives, they need a lot more to eat in order to stay warm and survive.

Since they have eaten, much of what was easily available before the snow arrived; getting enough to eat now becomes a harder task.

Because of this, the predators will be out, on the move, looking for food, traveling farther than they had in the past.

In the upper Midwest, when we talk about calling predators, it is generally coyotes, fox, and bobcats.

There is also a slim chance that you might call in a larger predator that made its way into our area, the mountain lion.

In years past, predator calling was not that popular, but with professional callers like Randy Anderson, and Primos giving seminars and producing calling videos, the sport of predator calling has grown big time, with advancements in the sport with the gear, we wear and use while hunting.

In years past, there were just a couple of companies manufacturing predator calls.  Today manufactures such as Knight & Hale, Dakota Yote Varmint calls and Sure Shot are but a few of the many companies that produce a whole array of predator calls.

You will find that there are several types of calls, including mouth calls that sound like a dying rabbit, bird or other distressed animals as well as mouth calls that imitate the sounds of coyotes, known as howlers.

Along with the advancement in mouth calls are the popular electronic callers, making it easy for anyone to call, with manufactured such as ICOtec, Fox Pro and others who continually improve their electronic calls.

Some of the first calls used were the cottontail or jackrabbit distress: bird distress calls, fawn bleat or the mouse squeaker first used to bring coyotes and other predators into range.

Some of these calls used improperly or used on a bad set up may have spooked predators when their sharp sense of smell detected the caller or spotted their movements, educating them, making them weary of approaching these calls.

Today’s callers no longer rely on just the distressed call as they now have calls that howls, yelp and bark.

At times, I will use a combination of calls that will include a rabbit distress, mixed with howls and yelps, by doing this; I hope to convince coyotes into believing that a group of their relatives is fighting over an easy meal.

Much of the old camouflage clothing is outdated with numerous new patterns including those for hunting in forested areas, sagebrush, junipers and even in the snow, allowing us to blend in with all terrains. No longer are we burden down with heavy cumbersome clothing, the new camo waterproof clothing features lightweight insulation where we can blend in, be comfortable and if needed set for extended periods of time.

The optics we use have also advanced with scopes that allows  the shooter to know how much hold he needs on a target as many scopes now feature bullet drop compensates.

Because we are hunting predators, I am hearing from hunters who use night vision binoculars and scopes, allowing them to call on the darkest nights.

I have found that calling is not limited to the winter months, it works year round, but there are certain times of the year that certain calls such as the howl or yelp really shine!

These calls are deadly during the late winter/early spring, when the coyotes are dispersing or marking their territory and breeding.

Coyotes bark or howl when communicating with each other and if they do not get a reply from another coyote, they think that there are no others in that area.

If another coyote does howl back, the intruder has a couple of choices, one is to either head for another less populated area or stand his ground and take on the coyote or coyotes that will come to challenge him.

The more aggressive the howl, the more likely that the coyotes in the area will come charging in looking to kick the tail of the intruder

When first setting up, you want to make sure that you have the wind in your face or the keen nosed predators will bust you.

Try to have something behind you to break up your background, as predators not only have a keen sense of smell, as their eyesight is also excellent.

When you are calling, you do not want to over-look any spot, no matter how small, as any wooded area, shelterbelt, creek bottom or CRP field can hold coyotes.

In order to be able to spot an incoming predator, I like to call from some elevated position allowing me to see the predators coming in at long distance. This can be a ridge top, haystack or on top of a stack of hay bales.

If you are going to set up on top of hay bales or a haystack you want to make sure that you are not mistaken for a coyote.

Coyotes are notorious for lying on bales and stacks soaking up the warmth of the sun and you surely do not want someone driving by thinking you are a predator and take a pot shot at you.

Park your vehicle where it is visible along the road or be far enough off the road where people driving by cannot see the bale piles or you.

The first call I like to use is a not too aggressive howl.  As a coyote may be resting just over the hill or in a blowout avoiding the wind and upon hearing the howl, will pop over the hill to see what the noise is.

When it comes to find locations to call, most farmers and ranchers will give you permission, as coyotes can really be a problem, especially around calving time.

In most states, there is no season on predators, you can hunt them throughout the year, but in order to get the most for the furs it is best to call after the colder weather sets in and they develop a heavier coat.

Even though it looks as if this is a down year for fur prices, the price for coyotes will be higher and you can recoup some of your expenses by the furs. The lighter or Sand-Hills colored coyotes fetch the most money, with darker colored coyotes bringing less.

Predator calling helps to eliminate those animals that prey on upland game, waterfowl and turkeys, giving the hunter the opportunity to help control the predator population and keep your shooting eye sharp.

I like most predator callers feel that anyone can learn to call coyotes or other predators.

What you need to do is to learn as much as you can about the critter you are after, then get yourself some calls and spend some time in the outdoors practicing with them.

Calling predators is an excellent way to eliminate excess predators that raise havoc with the smaller animals and birds.

Predator calling is an exciting sport, and much easier than it appears, one that the caller will learn by his mistakes they generally only make one time, becoming a better caller on each trip.

Gary Howey, Hartington, Neb. is a former tournament angler, fishing & hunting guide and was inducted into the National Freshwater Fishing Hall of Fame in 2017 and the Producer/Co-Host of the Outdoorsmen Adventures television series. If you are looking for more outdoor information, check out www.outdoorsmenadventures.com, like Gary Howey’s Outdoorsmen Adventures on Facebook or watch his shows on www.MyOutdoorTV.com