Shade the Key to fishing success By Gary Howey 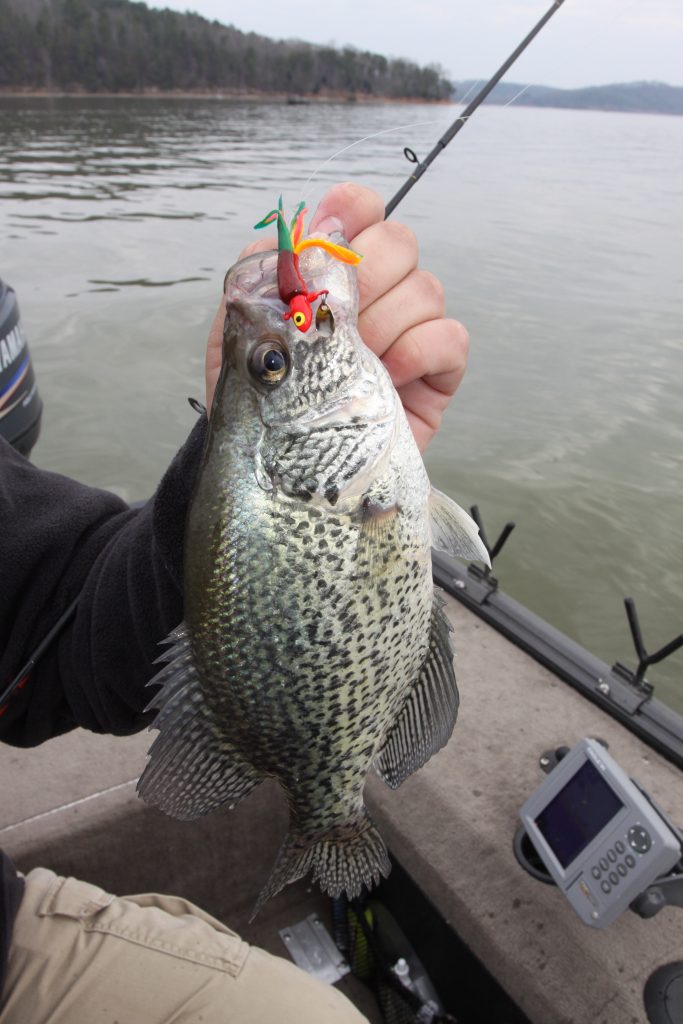 I know most of you have heard that 10% of the water holds 90% of the fish and I know this for a fact, as many times while out fishing, I know I have spent too much time fishing that 90% of the water that did not hold fish.
The key to catching many species of fish is to locate them and in order to do this, you need to think like a fish and be aware of what they need to feel safe and comfortable.
There are several things fish look for when choosing a locating; one is a comfortable water temperature, and another is a sense of security.
Both of these, fish can find by relating to certain types of structure, an area where the water temperature is not too warm and a place allowing them to hide, to ambush prey fish or to escape from predators.
Shade offers both of these, and if most species of fish had their way, they would spend most of their spring and summer months relating to shade.
They are like us, in many ways, when it is hot; we are not going to stand out in the sun, as we are going to look for a shady spot and so do the fish!
I think most anglers know that the best place to fish for largemouth bass on a sunny day would be in a shady location, to throw your lures to the shady side of a stump, log, dock or almost any type of structure!
It is a proven fact that bass like to lie along side or under some sort of structure, all of which provides shade.
On the numerous trips, we have taken while filming our Outdoorsmen Adventures television show, including one I took to the Lake of the Ozarks in Missouri, no matter where we fished, for what species including bass, the shade held the majority of the fish.
I was fishing with professional guide Aaron Nelson and local angler Soda Popp (yes that is his real name) from Jefferson City, MO.
We were cruising the giant lake looking for some of the monster crappies that call this pristine lake home.
Aaron, a long time guide on the lake knew right where to look, so we headed for a few of the numerous floating docks on the lake.
Some were located in shallower water while others were floating in as much as sixty foot of water.
Some contained fish attracting structure, brush piles while others had little if any.
The one thing that they all had in common was shade and in a super clear lake like Lake of the Ozarks, shade is a top priority.
The shade below and alongside the dock, gave the fish a place to locate and not only shade them from the direct sunlight but also a place to hide from any predators that might be cruising nearby.
The fish had the dock (structure) to relate to, with the shade from dock helping to keep them concealed and cool, as well as numerous ambush points where they could attack smaller prey fish that were also relating to the dock.
These shady areas not only held crappies, there were also largemouth bass, Kentucky bass, bluegills and even a few catfish that called the docks home.
We were pitching light 1/32-ounce jigs with chartreuse and pearl tubes along the shady side and under the dock.
After counting our jigs down, we figured they sank about a ½ foot a second, down, down to about seven feet, we would slowly reel them back using an up and down motion towards the boat and doing so, caught healthy crappies on almost every cast.
They were healthy, I am talking 9 ½” to 12 ½” crappies, these were really nice fish.
According to Aaron, the really big crappies had already spawned a couple of weeks prior so we may not catch any of the “really big” fish, but what we would find holding in the shade around these docks would be nice fish.
On this trip, we took a three-man limit of crappies that averaged 10” in a couple of hours hitting docks that offered the fish shade and protection.
On the sunnier side of the docks, we had very few bites, but on the side where there was shade, the fishing was fantastic.
The shade was the key as numerous species of fish were there, staying cool, waiting for their next meal to swim by.
No matter what species you are after, when fishing along a shoreline, where there is downed timber or near brush stick-ups, make your first couple of casts to the shady side because that could very well be the 10% of the water that’s holding the 90% of the fish.
As I have mentioned previously, structure, any change in the bottom configuration, is the key to locating fish as it gets the fish out of the open, into areas where what they feed on are relating.
If you can locate structure that also provides overhead cover or shade, then you are in the right location as this is where all species of fish will locate, some for the cool temperature it provides, others to hide from predators, with the predators there looking for the prey fish that call it home.

Gary Howey, originally from Watertown, S.D., now residing in Hartington, Neb. is a former tournament angler, fishing & hunting guide, an award winning writer, producer, photographer and broadcaster, a recent inductee into the “National Freshwater Fishing Hall of Fame” in 2017. Howey is also the Producer-Co-Host of the Outdoorsmen Adventures television series and Outdoor Adventures radio. If you are looking for more outdoor information, check out garyhoweysoutdoors.com, like Gary Howey’s Facebook or watch his shows on www.MyOutdoorTV.com