If you fish some of the clearer lakes and ponds such as the Glacial Lakes in the Watertown, SD area and others found in in Nebraska, South Dakota and Iowa or smaller lakes and ponds in late spring and on into summer you’re going to have to deal with weeds.

As temperatures rise and the sun’s power increases, these bodies of water will weed up in the first eight to ten foot from the shoreline a weedy mess.

This makes for some tough fishing especially for the bank angler.  Using a simple rig such as the hook, line, sinker and a bobber doesn’t work if the shoreline is weed covered.
The moss and emergent weed growth can make it impossible to fish from shore, but it’s a blessing for the newly hatched fingerlings as it gives the small fish a place to hide from predator fish such as bass, pike and walleye.

It doesn’t take much shoreline cover to give fingerlings a hiding place to keep from being eaten by the many larger species looking for their next meal.

Because the predator fish are cruising along and in between the weed lines, why shouldn’t we be fishing in or near them, but that’s easier said than done as nothing eats tackle like heavy weeds.

There are ways, shore or bank anglers can fish these solid beds of vegetation and take Bluegill and bass. In all weed beds, there are some open areas where the weeds haven’t grown or they don’t come to the surface.  These open pockets may have a rock or sandy bottom where weeds haven’t been able to establish themselves.  These areas form an edge or a bottom change, as all fish and wildlife, like the edge.

This gives the fish a place to retreat out of sight, a place to hide from any predators and a place for predators to ambush any smaller fish.

By fishing these pockets, you’re able to pull the fish out of the weedy areas.  Surface lures imitating a frog or insects work well to entice the fish in these areas as do spinners and buzz baits when run over the top of the weeds and through the openings in the weeds.

When using spinner baits you’ll want to cast your lure into the water past the pocket, hold your rod high and crank quickly in order to keep your bait from sinking into the weeds. Once you come to an open pocket, pause, allowing your bait to helicopter into the pocket and then crank hard to bring the bait back on top and over the top of the weeds.   Your strike should come as the bait helicopters into the pocket or when you start bringing it up out of the pocket.

The worst thing you can do when fishing weeds is to work your bait too quickly.  All species of fish use their five senses to locate their prey, sight, sound, vibration, taste and hearing. You’ll have to remember when it comes to fishing in the weeds; the fish aren’t able to use all of their senses in heavy weed growth. Its vision and sense of vibration become impaired because of the thick weeds and it will take them longer to locate your bait, so work it as slow as possible.

Boat anglers have excellent luck fishing the outside edge of the weeds.  This edge gives the predator fish a hiding spot and ambush point.  By casting surface lures, spinner and buzz baits along the edge, anglers are able to bring the fish out of the heavy cover. 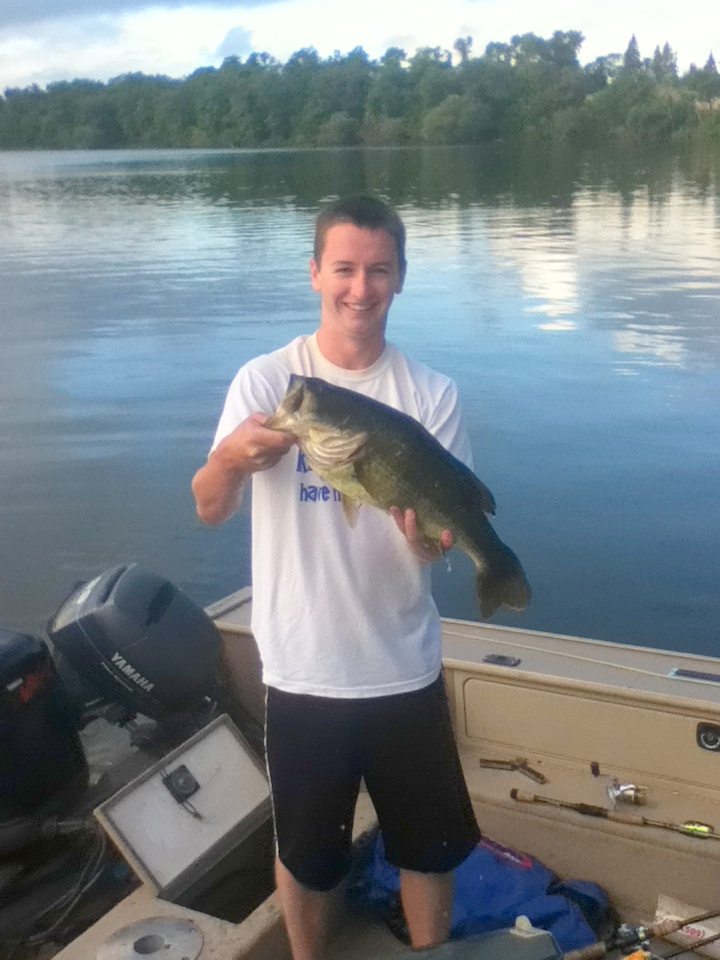 One thing you want to remember once you have a fish on in the weeds is to hold your rod high and power the fish out of the vegetation.  Even a small bluegill can tangle up in the weeds making it tough to pull it through the muck.  After a few casts you’ll find the ideal speed to retrieve your bait through or over the weeds.  Too slow and you’re tangled in the weeds, too fast and you buzz right by the fish you’re hoping to catch.

Heavier line is a necessity when you’re fishing in and amongst the weeds.  Use a line with good abrasion strength as your line takes a beating when it’s pulled through the weeds.  Trilene XT or Big Game works well under these tough conditions and retains its strength.  It’s a good idea, to check your line frequently to see if it is being nicked.  Even the toughest line when fished through heavy vegetation, can be roughed up.

Fishing weed cover can be a pain, but it also can be one of the most productive places to fish during the summer months.  If you’re prepared to fish weeds and don’t mind loosing a little tackle, fishing the weeds will pay off during the summer and fall months.