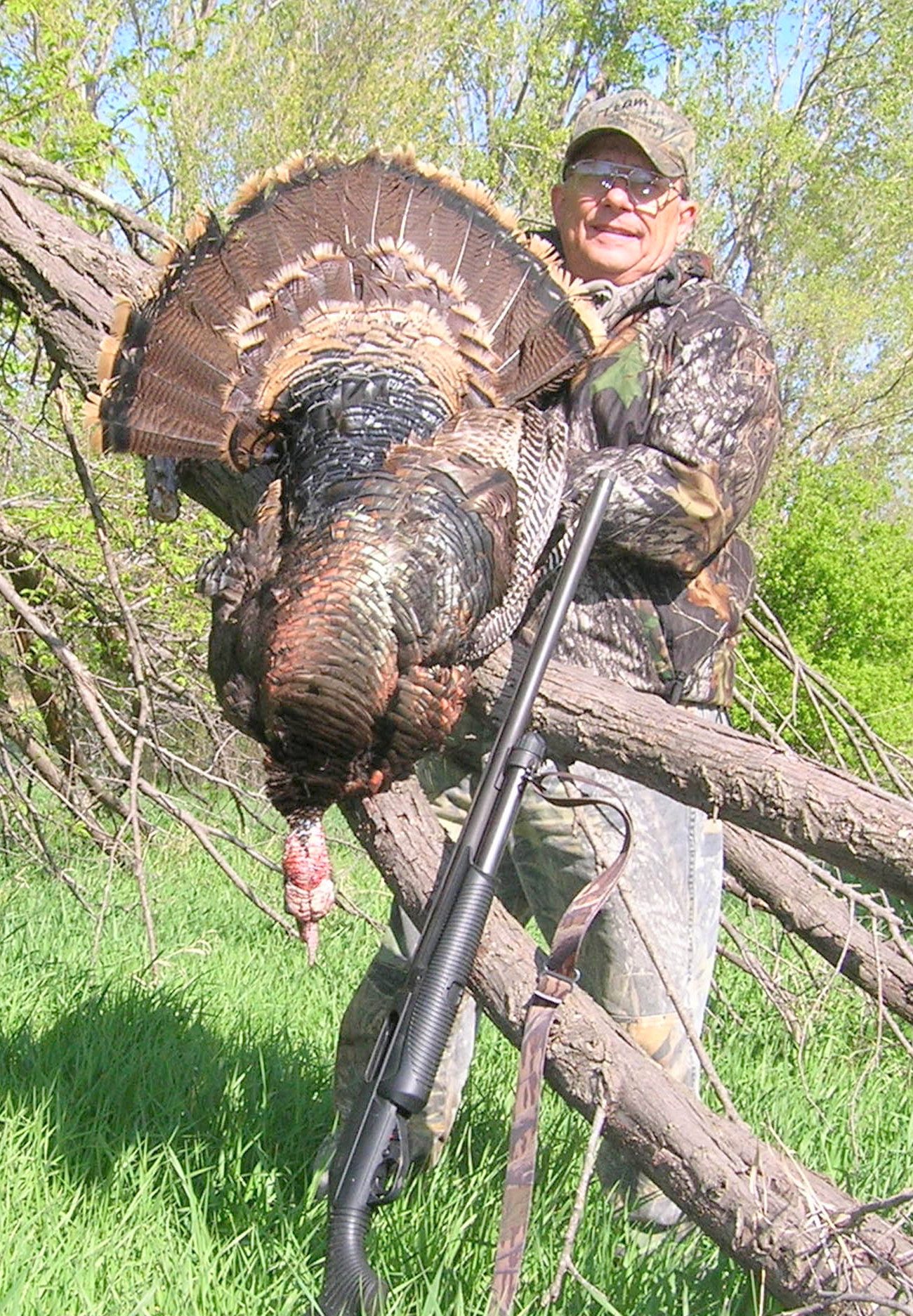 No matter what type of outdoor activity you are into, windy, cold, damp days can put an end to most activities, sometimes before they start!

This especially true when it comes to a spring turkey hunt, when you are thinking more about the nice warm bed you’re in and not o chasing turkeys in the rain!

Calling spring turkey when it is cold and damp can be a tough job, but don’t think all turkeys hunker down during these less than perfect weather conditions.

You’ve probably seen a TV shows or videos where the hunter makes a few calls, sets down in one spot for a couple of minutes and then the bird magically appears!

These hunters on these programs do not need to look around a whole lot to locate the birds because they are in an area they have been in before are  hunting next to a feeder in his own backyard.

If you spend a lot of time looking for the birds in areas you’ve hunted before, then you know exactly where the birds hang out!

Because of our Outdoorsmen Adventures television show, we’re in different locations, areas we may have never seen before. Arrive the day before the hunt, scouting as time allows, there are times when our schedule puts us into an area after dark and scouting just does not happen.

any day we are out after turkeys, we ‘re  in the field well before daybreak, not a half hour, when it is pitch dark as turkeys may not have the best night vision, they still can detect movement in low light conditions.

If the area looks like it would hold turkeys, we use a locator call to get a shock gobble from the Toms.

We start our hunt, moving from one ridge line to another, calling with our owl, crow or predator call.

When a henned up Tom refused to leave his hens, Team Outdoorsmen Adventures member Larry Myhre, Sioux City, IA. called to the Boss hen in bringing the Tom in with her.

You don’t want to travel along the top of the ridges: even when it’s still dark, the turkey’s sharp eyes will pick you out against the skyline and your hunt will be over before it begins.

If you don’t get an answer, break out our binoculars and glance along the ridges, trying to spot the birds as they come down from the roost.

Once we’ve located a gobbler, it’s time set up and start working the bird, calling softly, making the sound a hen makes when she first wakes up, call softly until you get a gobble.

If you don’t have a Tom gobbling at you, you may have to resort to the loud and long approach.  Not so loud that you spook the bird, but loud enough so the Tom knows you’re there.

You have a gobbler that talked back to you, but if you hear hens clucking and purring all around him, you have some competition and you’re going to have to figure out your next move and do it quickly.

You know there’s a gobbler out there, he answered your first calls, as did several hens roosting around him, why should he leave his harem to come to your call.

What I’m going to talk about is a method, my hunting partner and I have used to put down dozens of gobblers.

When a gobbler is hanging up, gobbling, but refusing to leave his harem, you may have to compete with other hens as well as several gobblers.  If the gobbler won’t leave the hens, we’ll work on the hen.

Listen to what the hens are saying, as you can generally figure out which bird is the boss hen, the hen that controls the entire flock.

Once you have an idea as to which bird is telling the gobbler, he doesn’t need to run off for another hen when he’s surrounded by hens. Get aggressive, start softly and as the hen starts to pick up the volume, do the same, call loud, trying to sound like another boisterous hen trying to draw the gobbler away from her.

You will be surprised how upset this makes the hen. On many occasions, we’ve had an old hen walk/run over, all fired up, looking for who’s making all the racket, trying to take her boyfriend away.

We have had a hen go beak to beak with our decoy, looking like a fight was about to break out, when the gobbler came charging over, looking for his wandering hen.

When hunting aggressively, make sure all your bases are covered; you may have to carry numerous calls.

With our crew, it can mean as many as a dozen diaphragm calls as well as slates, box calls, locator calls or even push button yelpers.

Never fail, on certain days the birds will want to talk to one call when I am using a different one.

Because you never know when you’ll hear a gobble, it may come from the next valley or just across the fence; camouflage is an important part of the equation!

When you get that gobble that’s close by, you may not have a whole lot of time to find a place to hunker down and camo allows you to blend into a small amount of cover.

This is why we mix and match camouflage patterns, allowing us to blend in with most terrain.

A wood pattern all-purpose camo works great for the areas we hunt. We try to use the same camo pattern for our turkey vest, face- mask and cap as it helps us to blend in well.

If we are hunting late season when the trees have leaved out, we will go to dark on the bottom with more green on the top; this has always produced for us during late season.

Another thing I won’t leave home without is something to set on, a foam pad,  as during the spring, the ground is cold and hard and if you aren’t comfortable, you’re going to have to move and when you do, the jinx is up as a gobbler will spot you.

I don’t go into the woods with one of my shiny shotguns; it would stick out like a sore thumb. My semi-automatic shotgun has a synthetic Mossy Oak camo pattern while my partner’s shotgun is flat black.

Since we are using the walk and talk method, moving from ridge to ridge calling using a modified run and gun method, we need to travel light and anything that makes noise will spook birds.

We have experimented with several decoys including foam, hard body, expandable and silhouette decoys.  Depending on what part of the season, we’ve used as many as four hens and two Jakes.

I set the Jake decoy out in front at 25 yards on my left side, as I’m right-handed.  My partner is left-handed so he will set his decoy up off to the right. We scatter our hens around the Jakes, making sure there is at least three feet between the Jakes and other decoys as the incoming gobbler will go right to the Jake and will need room to strut around the decoy.

Once the Tom is in the decoys, because we’re filming, we let him do his dance for a few minutes and then tip him over.

The last several years, my most affective decoy has been last year’s gobbler’s tail fan. You can hide behind it and once a dominant gobbler sees the fan, he’s going to come over and kick the tail feathers out of the gobbler that has moved into his territory.

Let’s be honest, how many times do you choose a day to hunt gobblers that are perfect?

Not many, so try hunting aggressively and you’ll find that your Thanksgiving supper could be wild turkey, not ham like it’s been so many years before!

← Prev: I think its Spring, What we have been waiting for By Gary Howey Next: Early walleye fishing success is about timing By Larry Myhre →