Lake of the Woods Fishing: Vast, Beautiful and Productive By Gary Howey

As we made our way out of Zippel Bay on the Resorts thirty-foot charter boat, the lighthouse marker appeared on the rock jetty with Lake of the Woods looming out before us.

Nick Painovich captained the boat with Captain Mitch Cole who had 40-years as a charter captain on the lake.

As the charter, one of five the resort has came out of the bay into the main lake; the vastness of the lake became obvious with the lakes stretching out before us.

On the hour run to one area Nick had taken fish on a previous trip, we talked about the resort and all it offers. We were staying in one of the many log cabins on the resort, each with three bedrooms, two baths, television, fireplace and well-equipped kitchen. These as well as smaller cabins, their lounge, swimming pool, hot tub, shoreline equipment for the kids and rental boats makes Zippel Bay Resort the only lake on the south shoreline near Williams, MN. it’s an ideal place for a family outing, fishing trip or corporate retreat.

Lake of the Woods is the sixth largest freshwater lake located-partially in the United States; it’s 70 miles long and wide with more than 14,552 islands and 65,000 miles of shoreline.

Our destination would be twenty-two miles out, where, we were able to see the shoreline of Ontario, Manitoba and the Northwest Angle the only U.S. territory lying in of Canada.

Nick and His wife Deanna have owned the Resort since the late 70’s, with major improvements coming to the resort each year, making it one of the premier resorts on the big lake.

On our first stop we’d be drifting, using 3-hook spinners and Wingit Quick Change bottom bouncers tipped with a crawler.

It didn’t take long to realize Nick had the right plan as we put several fish in the boat, including keeper walleyes and sauger for our supper that evening.  Team Member Larry Myhre would even add a big perch to the menu.

One of the nicest things about fishing on a charter is that, no matter what type of fishing you’re into whether it is, live bit, jigging, or pulling crankbaits, it can be done on Zippel By Resort charters. 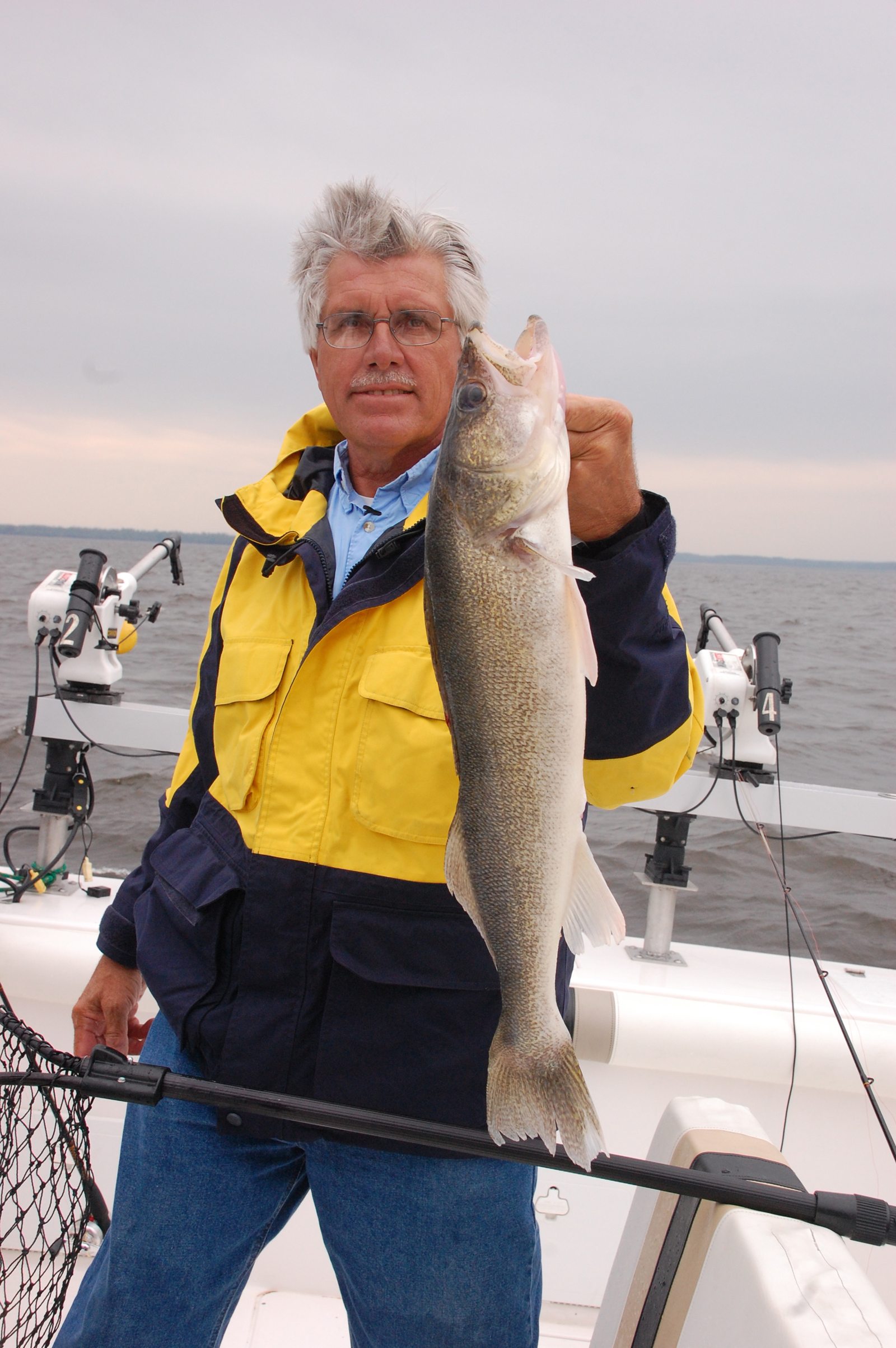 We would move several times, filming different structure and being able to use different methods to take the fish.

There is a slot on Lake of the Woods, which means walleyes, ranging from 19.5, and 28 inches will have to be released. You can take home a six fish limit, a combination of walleye and sauger, with only four of those walleyes.

During the winter months, when ice fishing on the lake is hot, the limit changes to eight with only the four walleyes.

After a long day on the ice, their IGLOO, located on the ice offers anglers, snowmobilers and others a relaxing time at the bar and lounge where they can enjoy a drink, pizza, watch their favorite football game. If they haven’t had enough fishing, you’ll find areas located at each bench allowing the angler an opportunity to catch another fish at day’s end.

The bite was steady on the live bait rigs, Nick decided to move to another location, looking for a big fish, where we would anchor the charter in several locations and jig, which once again yielded some nice fish.

Zippel Bay Resorts IGLOO, a lounge which is located on the ice on Lake of the Woods, allows anglers snowmobilers and others to take a break on the ice for something to eat and drink.

On our way back to the resort, we pulled some crankbaits over the hundreds of rock piles found in the lake, taking several more keepers.

As the day progressed, we pulled up and made our way back to the resort through the bay, where in the spring the pike use during pre, post and during the spawn, making an ideal place to hook into a big pike.

Zippel Bay Resort, a beautiful place, where the beauty and sounds of nature greet you each morning an evening and Nick, Deanna and staff providing you everything to make your time a memorable one.

More information on Zippel Bay Resort is available at www.zippelbay.com by giving them a call at 1-800-222-2537.