Pheasant hunting prospects look bright for the three-state area. Roadside counts are in and there have been no really significant problems for pheasant numbers.

Although South Dakota numbers show a 20 percent decline, you have to remember that this is South Dakota. It is likely hunters will experience about the same success as last year.

Iowa numbers look about the same as last year, and last year was the best in five years, so expectations look good for another successful season. As a side note, quail numbers are at a 27-year high.

Nebraska pheasant hunters are looking at another good year. Pheasant numbers match the five-year average in most parts of the state. Most areas can expect hunting much like last year’s or, perhaps, a little poorer. Two exceptions are the Sandhill and Central regions, where pheasant numbers jumped 62 percent and 15 percent, respectively.

In Iowa, population patterns tracked the weather. Parts of northwest Iowa had declines due to heavy snowfall, which likely reduced pheasant survival. Parts of southwest Iowa had declines due to heavy spring rains, likely reducing nesting success. Other regions had more favorable weather and saw similar or slightly higher numbers.

“To put it in perspective, our population is similar to 2007 when we harvested 630,000 roosters,” said Todd Bogenschutz, upland wildlife biologist for the Iowa Department of Natural Resources (DNR). “Last year we harvested 270,000 roosters. The difference is, we had twice the hunters in 07. If we had 100,000 hunters last year we would have doubled the harvest. The birds are here; we need hunters to return.”

Iowa’s quail population index has been increasing recently and is now at its highest since 1989 after experiencing increases again across south central and southwest Iowa this year. 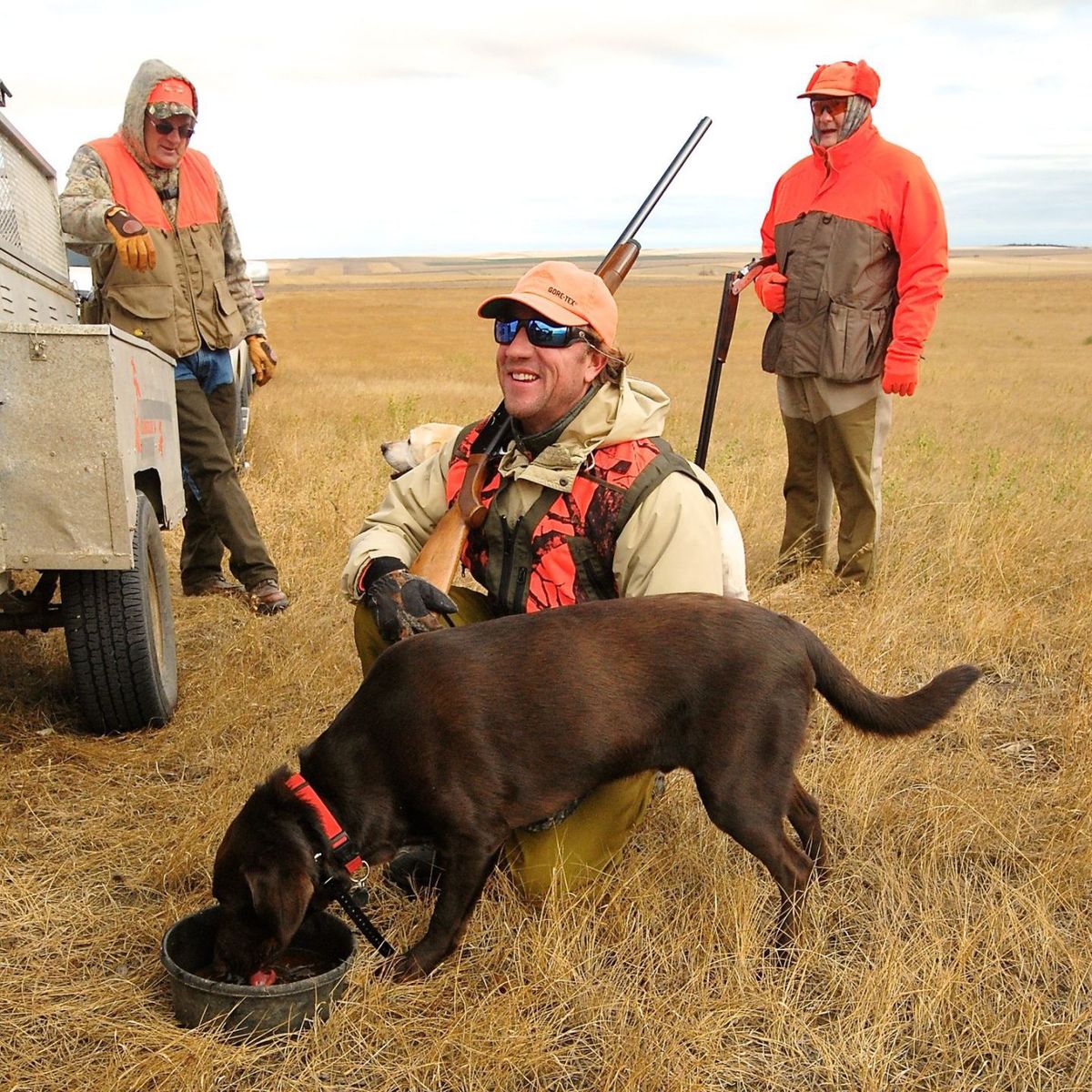 When hunters and their dogs take to the fields this fall in pursuit of pheasants, the experts agree, the prospects for success are good. For the most part pheasant numbers in Nebraska and Iowa are similar to last year and while South Dakota is showing a decline, the high number of birds available won’t hinder hunter success.

“This is the best opportunity we’ve had to hunt quail in 27 years,” he said. “For anyone who has ever had an interest in quail or who hasn’t hunted quail recently, this is the year to go.”

Rabbit numbers were down some from their record level of the past two years but remain above their 10-year average, with better numbers in southern and eastern Iowa. Partridge were unchanged with their best numbers in northern Iowa.

Hunters bagged 270,000 roosters during Iowa’s 2015 season, the fifth year of increase in a row. But that’s much less than it was in the heyday of the Conservation Reserve Program (CRP). Iowa exemplifies what is wrong with pheasants across much of the country – not enough good habitat. Loss of CRP grass in recent years has exacerbated this.

Iowa’s Habitat and Access Program has 25,000 acres on 50 chunks of private land open for walk-in hunting. These are clearly posted with orange signs. Maps are available from Iowa DNR offices and online. In addition, Iowa DNR manages 360,000 Wildlife Management Areas for wildlife and public hunting. Of these, 103,197 acres are grassland/wetland most suitable for pheasants.

According to Jeffrey Lusk, upland game program manager with Nebraska Game and Parks, the Southwest and Panhandle regions will again provide Nebraska’s best pheasant hunting. The remainder, ranked from best to poorest, are Sandhills, Central, Northeast, and Southeast.

Mild winter weather, with few heavy snowfalls, and timely spring rainfall contributed to the abundance of birds. Heavy storms may have hurt nests and chicks in localized areas. Pre-hunt scouting is recommended to account for these local variations.

Nebraska upland hunters encounter more than ringnecks when afield. Bobwhites, sharp-tailed grouse and prairie chickens are also found in many regions across the state. Hunters can look for them on 800,000 public access acres or on 300 state and federal land areas.

Nebraska’s public hunting areas include Wildlife Management Areas, Waterfowl Production Areas, National Forests, Grasslands, Corps of Engineers and National Wildlife Refuges. To find them, get the annual Public Access Atlas. Pay special attention to the 280,000 (roughly) acres of private lands in the Open Fields and Waters Program. Go online for a digital atlas or pick up the hard copy at license vendors.

Despite its border with South Dakota, Nebraska’s best pheasant hunting is traditionally in its southwest corner plus a concentration in the north Panhandle from Alliance northeast to Gordon. Headquarters towns include Alliance, Chadron, Sidney, North Platte, McCook and Holdrege. Parts of the northeast can still be good where all the CRP wasn’t torn out.

King and still champion, South Dakota again promises the best pheasant populations in the world. Hunters have been bagging about a million each season over the past few years. The Mitchell area west to Chamberlain was exceptional last year, and the Aberdeen region west to the Missouri River wasn’t far behind. Two isolated “sleeper” counties are Bennett in the southwest and Roberts in the extreme northeast. Martin and Sisseton are headquarters towns there. Other traditional hunter communities include Winner, Mitchell, Pierre, Huron and Aberdeen.

“Habitat continues to be at the forefront of the conversation and still remains a crucial factor in pheasant numbers,” says Kelly Hepler, South Dakota Game, Fish, and Parks secretary. “Bird numbers are higher in parts of the state where quality habitat conditions still exist, primarily on grasslands including those enrolled in the Conservation Reserve Program, as well as fields of cereal crops such as winter wheat.”

← Prev: Drifting for Cats on the Missouri River By Gary Howey Next: Lake of the Woods Fishing: Vast, Beautiful and Productive By Gary Howey →