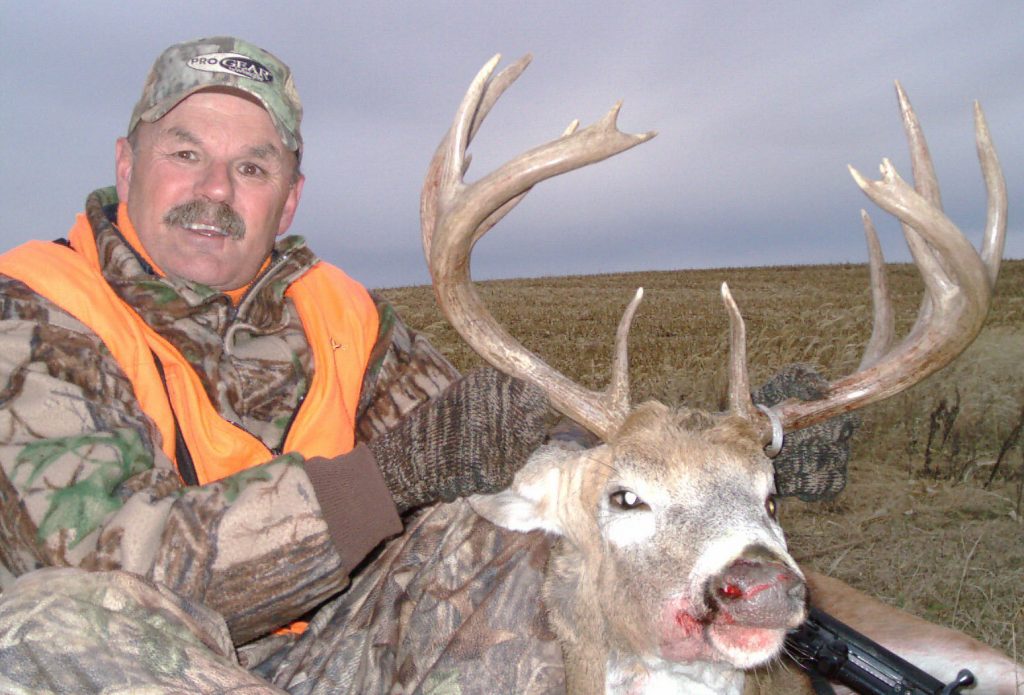 Last week, when I was traveling home from Sioux Falls, S.D. before getting to the bridge, I could see a well-traveled deer trail, when I got closer to it, I glanced where the trail headed inro the trees.

The trail was blocked by a tree that had falling into it, and unless something was done, there would be no deer going to and coming from the trail.

There are numerous things to attract and hold deer to the area you’re hunting, things that I accomplished on the land I used to hunt deer on.

Deer like all animals as well as human, when it comes to getting to where my deer houses and stands were located needed to be improved.

Just because you have a deer trail close by, you need to walk the trail before season to see how much overhead clearance there is and in order to make one that a buck will follow, you need to cut those low hanging branches high enough, allowing a buck to follow without banging his rack against it.

In most cases this can be accomplished with a hedge or tree trimer, allow you to reach up and open up the area that has enough clearance to make it easy for a buck to use the trail.

It’s a good idea to retrieve the branches and brush to have them when you want to limit the deer to the area where you’re set up.

If you are planning on having the deer using the closest trail, I located other trails that I wanted the deer to not use and by placing the brush and tree limits that you cut out in them, I’ll block that trail, eliminating it, causing the deer to use the trail where you’re set up on.

I did this before season, giving me a better chance at having the deer to come out in the blind I was hunting.

In order to fill your deer tag, you need to think like a deer, attracting them to the area you’re hunting, making it easier for the deer to use.

Prior to deer season, I’d developed several RAKS mineral licks on the property that had been hit hard by deer in need of the minerals they needed, along with a stock tank filled with water, and at each of these locations I placed a trail cam, giving me vital information on the deer using the property.

Along with this information, I made it easy for the deer to use to bed and to keep them on the property, besides opening up trails, clearing cedars and brush on these trails,

It was opening morning, I was in my stand early with everything I needed, binoculars, water, a urinating bottle and energy bars, allowing me to spend numerous hours in the blind.

As the sun appearing on the eastern horizon, I was ready to fill my deer tag as I waited for the deer to come down the trail.

I’d cut numerous cedar trees in the pasture, creating a clear path leading to my blind with some of them piled off to the left of the trail.

It was slow the first hour or so, when I could hear deer running along the trail, I moved my 25-06 closer to the window where I could see as the deer came out of the trail.

It was obvious by the sounds being made that a buck was in hot pursuit of a doe in heat, and as the doe appeared, she ducked behind the cedar piles stopping to catch her breath.

A short while later, a shooter buck, a four by four, picked up her scent coming around the brush pile where the doe had been, he walked around the pile, did a lip curl to pick up her scent, and before he continuing to pursue the doe, my scopes crosshairs were on its vitals, and with the shot, my deer tag was filled.

By applying next spring & summer and when deer season comes again, they will help you not only fill your deer tag and by applying these tips, not only will you make the deer come to you, but it will attract deer to your property as they have everything they need there, with the deer bedding and traveling your hunting property and not on the neighbor’s ground.

Hunters are always looking for ways to make their hunting land more attractive to wild game.

In last week’s column. I talked about some of the things a hunter can do funnel the deer to the location where your hunting blind or deer stand is located.

This week, I’ll talk about several of the things I’ve done on the land I hunt, helping me to

Without adequate habitat, deer won’t hang around very long, it doesn’t matter if you have water and food available, without habitat they won’t be there long.

There are some ways we can make small improvements on the land to attract and keep deer there.

Deer is attracted by vegetation, don’t care for wide open spaces or too heavily wooded areas, as it makes it hard for them to get around in.

If there’s enough habitat around where the deer will feel safe from predators which included us.

One of the best ways to attract deer would be by planting a food plot, that may take a little time, but the results of having a food plot are well worth it doesn’t have to be huge as every little bit helps.

Placement is very important and as you need to have your food where the deer have accessible to deer.

As I mentioned in last week’s columns, you’ll want to place a game camera at your food plots and other locations, so you know what deer are visiting them.

One of the first things I do when I arrive on the property where I plan on hunting, is to locate their food sources, which can include grass, chestnuts, mushrooms, forbs, beechnut, twigs, alfalfa, apples, acorns, (with deer preferring white acorns, but when times are tough, they’ll eat any acorn kind of acorns) but, bark (willow, oak, and red cedar), hickory, clover leaves, oats, staghorn sumac, and dirt

Why do deer eat dirt, because of nutrient’s they need, to recharge mineral deficit, needing the minerals calcium and phosphorous in large amounts to support antler growth.

This is where mineral licks work very well and if the deer need certain minerals in a lick, they’ll hit It hard, I have one of my Racs mineral licks with game camera photos showing a buck down to its front legs in a hole its head and rack down in the hole the deer created, getting the minerals their body needs to create healthy does and bigger bucks.

In some of the land I hunted, there were plenty of standing trees, with very little brush that a deer could bed in in.

I solved this problem by partially cutting a live tree down two thirds of the way through, with one side that’s still connected to the tree, I’ll pull it over, with the bark that’s left on one side, which is still feeding the tree, which means every year the tree will bush out, creating an excellent hiding place for deer.

Deer like all animals, humans included, are opportunists and take the easier route going from their bedding area out to feed.

Follow the deer trails to see where the deer jumps the fence and continued on that trail away from the property.

Where it crossed the fence may has some deer hair on the top wire, making them easy to locate.

If you own the land or have permission, this is an easy way to direct the way the deer is heading, allowing the deer to get over the fence very easily.

What I do on this type of fence crossing is to pull the top two wires, using wire, to pull the fence down, allowing the deer to cross easily.

Once you’ve lowered the top wires, I generally use the trees and brush I’d cut to open up the trail and block it, causing the deer to follow the trail I made, directing them in the direction of my deer houses and stands.

Then I redirected to the trail to one of my numerous RAKs mineral sights, directing the deer in the direction of my mineral licks.

You’ll want to have game cameras on these locations, allowing you to see what type of deer are visiting them.

In some areas I hunted, there was so much brush and volunteer trees, it was tough to get through it, and if I had a tough time, how’s a heavily antlered buck going to make it through, and this is when I grab my branch cutters and chain saw to open things up as well as blocking the trail where I don’t want the deer to travel.

When trees are close together, no sunlight gets down to the ground, this is when you need to remove trees to provide the seeds forbs and plants on the ground with sunlight, allowing new forbs and other plants to grow.

Much of the items I mentioned above, not only deer, but they also act as a magnet, drawing all species of wildlife, which includes, turkey, upland game birds, rabbits as well as others.

The things I mentioned in this week’s column are just a few of things you can do to create, attract and hold deer on your land.