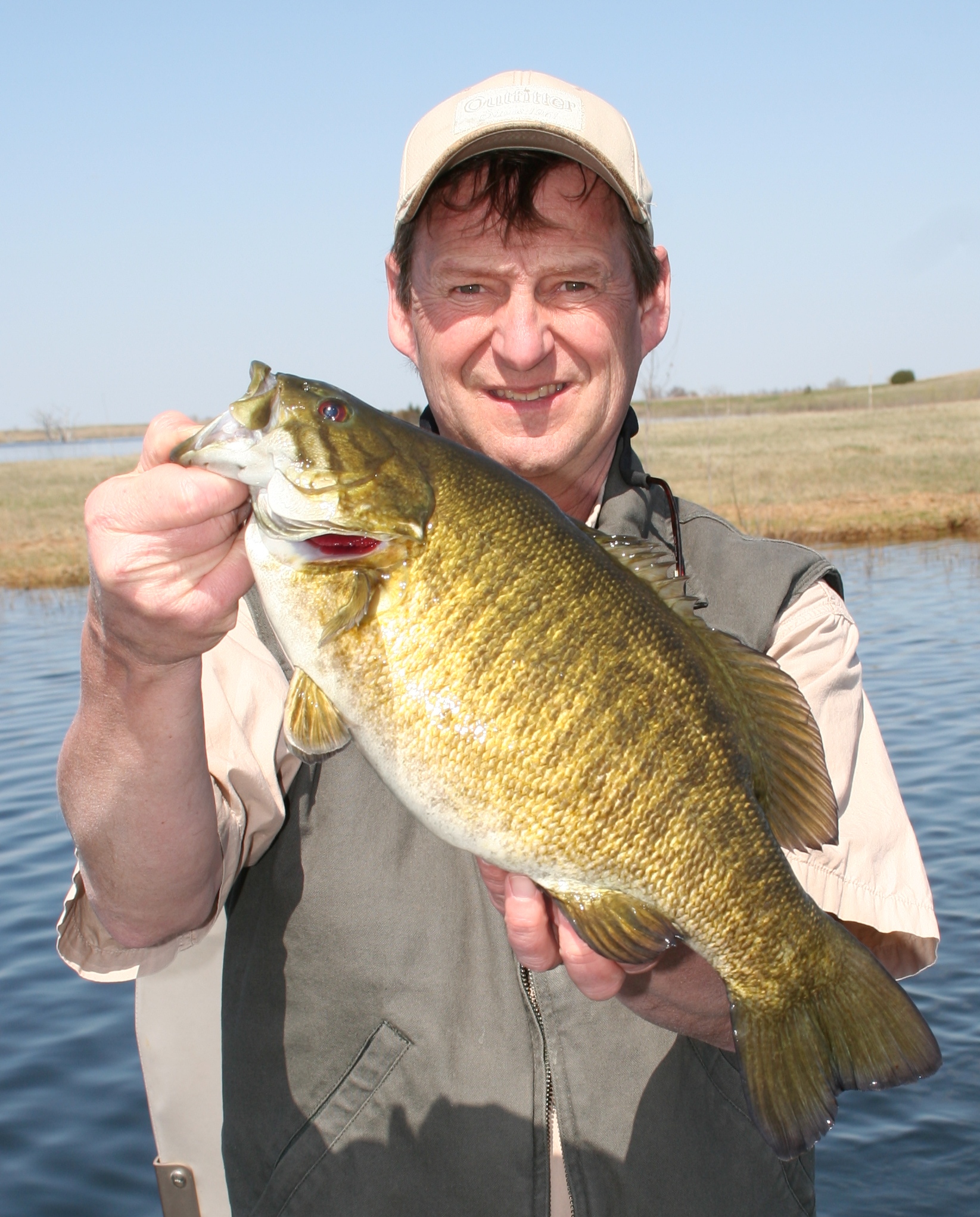 Doug Haas with a nice Smallmouth bass taken in one of the many lakes that would have been closed until recently.

Gov. Dennis Daugaard has signed into law new rules governing the use of lakes on private land for recreation that lawmakers approved during a special legislative session.

The Republican governor signed the bill Monday. After some disagreement between the House and Senate, both chambers ultimately voted in favor of the bill during the special session.

Daugaard says signing the bill opens up tens of thousands of acres of waters to public recreation while also respecting the property rights of landowners.

The measure also says that other lakes on private property are open for recreational use unless a landowner installs signs or buoys saying an area is closed.

END_OF_DOCUMENT_TOKEN_TO_BE_REPLACED

Coyote calling can be an unexpected adventure By Larry Myhre

Reprinted from the Sioux City Journal. Things don’t always go as planned when you are calling coyotes. Maybe that’s why I enjoy it so much. If you...