Two area Outdoor communicators will be inducted into the Freshwater Fishing Hall of Fame during a ceremony at the Sioux Falls 50th Annual Sportsmen’s Show.

Gary Howey, Hartington, Neb., and Larry Myhre, Sioux City, Iowa, will be inducted at 3:30 p.m., March 11 on the Seminar Stage at the Sioux Falls Arena. Professional walleye angler and Fishing Hall of Famer Ted Takasaki will conduct the ceremony.

Howey, originally from Watertown, S.D., and a Viet Nam veteran, has been an outdoor communicator since 1980 when he began production of The Northeast Nebraska Outdoorsmen newspaper. He sold the Outdoorsmen magazine in 1995 when he created the Outdoorsmen Adventures television series, which airs throughout the year in seven upper Midwestern states.

He has written a syndicated Of the Outdoors column since 1980 for newspapers and magazines.

In 1990, he developed Outdoorsmen Productions, an outdoor-related promotional company.

In 2009, he produced the first of his Outdoor Adventures radio shows which he co-hosts. The show airs six days a week in southeast South Dakota, northeast Nebraska and northwest Iowa.

A former hunting and fishing guide, Howey has given fishing seminars in South Dakota, Nebraska and Iowa.

Over the years, Howey has won several local, states and national awards for his print, radio and television work. 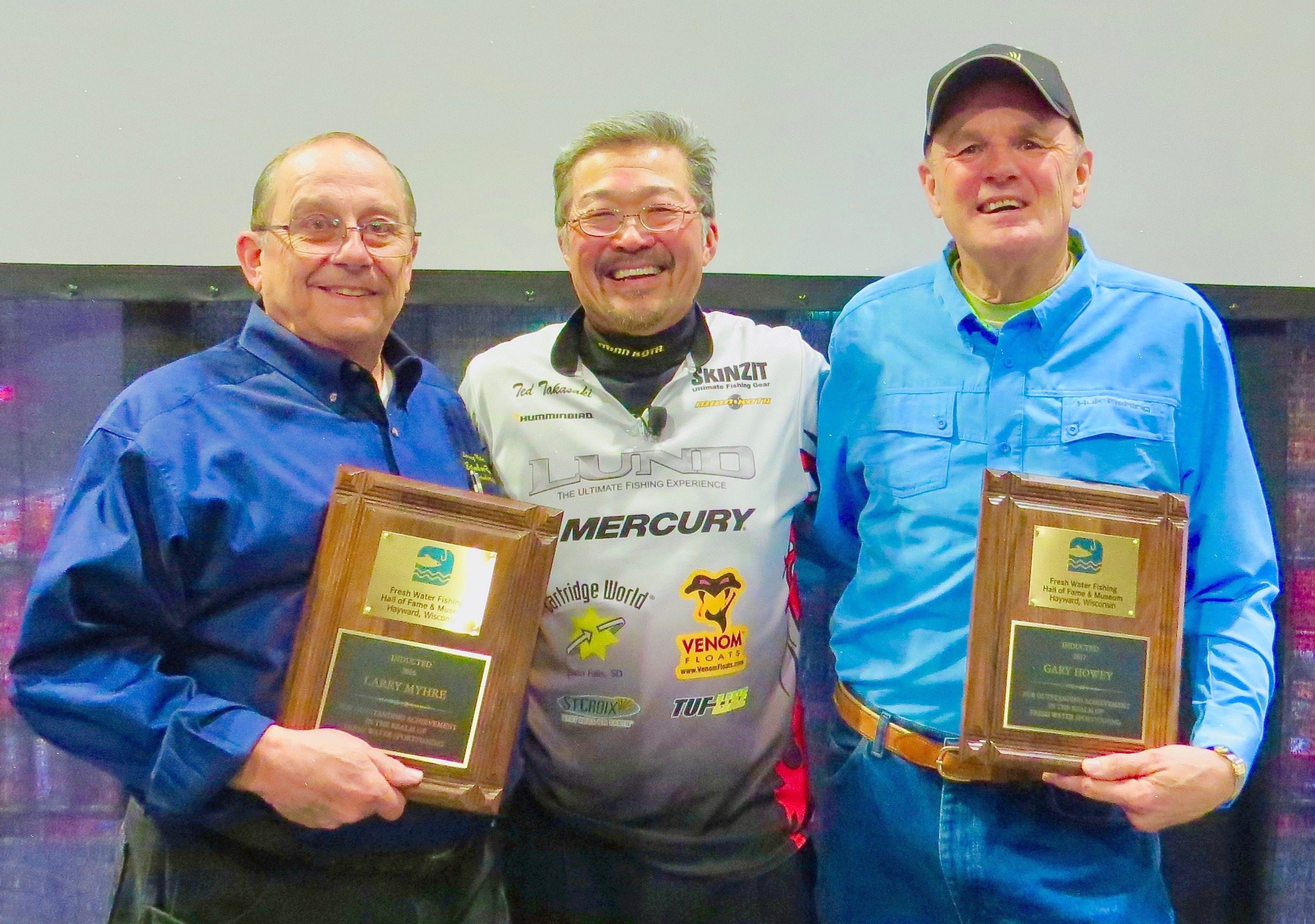 Myhre, originally from Worthing, S.D., has been writing about the outdoors since 1966. A journalism graduate of the University of South Dakota, he began at the Sioux City Journal in 1966 as a reporter and retired as editor in 2007 after 18 years at that position.

He began writing outdoor column for the Journal in 1973 and continues to produce a full page of outdoor news in Thursday’s paper and website. He also edits and writes for the Journal’s bimonthly outdoor tabloid, Siouxland Outdoors, which is distributed free in the Journal’s circulation area.

For the past 20 years, he has been affiliated with Gary Howey’s Outdoorsmen Adventures television show as co-host and cameraman.

Over the years, Myhre has given fishing seminars throughout Siouxland. He promotes fishing on radio and television and serves as a spokesperson for many local fishing events.           As part of the Journal’s speaking bureau, Myhre has given over 200 fishing presentations to Sioux City and area service clubs.

As a bamboo rod maker, he has promoted the sport of fly-fishing with traditional tackle through his writings in print and online.

He has received several states, regional and national awards for his work.

← Prev: Controlling Weeds with 6 Easy Steps Next: Setting the Hook The Key to Landing more Fish By Gary Howey →