Making a Difference For Wildlife By Gary Howey

On a recent trip, I stopped at a cafe and sat down with a group of locals having coffee. Not long after I sat down, the main topic of our conversation turned to hunting and how it changed over the years.

Several of the individuals were expressing their pessimistic views about where hunting has gone and why they no longer participate in the sport.

They felt that the sport had literally gone to H—, placing the blame on everyone but themselves.

Well, being the quiet reserved shy type person that I am, I jumped right in with both-feet, feeling them out and trying to figure out why they felt this way.

One was a well to do businessman and another landowner, both of which could do a lot to help promote or improve hunting. Unfortunately, it looked to me as neither of them did anything to promote or help to improve the hunting in the area.

My first question that I directed to them, asking if they were involved in any of the conservation groups such as Pheasants Forever, Ducks Unlimited, The Wild Turkey Federation, Whitetails Unlimited or the Rocky Mountain Elk Foundation.  I guess I knew their answer, but I wanted to make I had one before I went on.

Their reply was no, they did not belong to any of them because all they did was to take our money; my reply to him was, really?

They like many others really were uninformed and did not have a clue as to all that these organizations do for wildlife and to the sport of hunting.

Then I proceeded to explain at length the numerous things these organizations have or can do for wildlife and the hunting in the upper Midwest.

All of the above-mentioned groups have either purchased land that is open to hunting as well as contributing funds to enhance and develop wetlands or other wildlife habitat.

These groups also have mentor hunts, taking kids out into the field, highlighting safe hunting practices and conservation while giving many of these kids their first opportunity to go hunting.

Again, their reply was, really, we did not know that!

Then proceeded to explain how these groups work closely with the Game, Fish & Parks and DNR to help purchase land or develop wildlife habitat on the public land.

Then, that dumb look came over their faces as they realized that instead of complaining all these years about how bad hunting was and that hunting was becoming a rich man’s sport that perhaps there was something they could have been doing to improve both the habitat and hunting.

Next, I asked the landowner what he raised on his land and what type of conservation practices he used and his comment was that he had a corn/bean rotation depending on what was bringing the highest prices.

Well as anyone knows, wildlife cannot live in corn and beans, sure, mature corn makes a great place for wildlife to hide, but there is no value there when it comes to nesting or roosting areas for birds or bedding areas for deer when first planted.

He went on to explain that he irrigated much of his ground, doing his best to plant on the contour to keep erosion at a minimum.

As our conversation continued, I asked him what he planted on the pivot corners, his answer was native grass, which he indicated wasn’t much good for anything so bailed it and used for bedding. 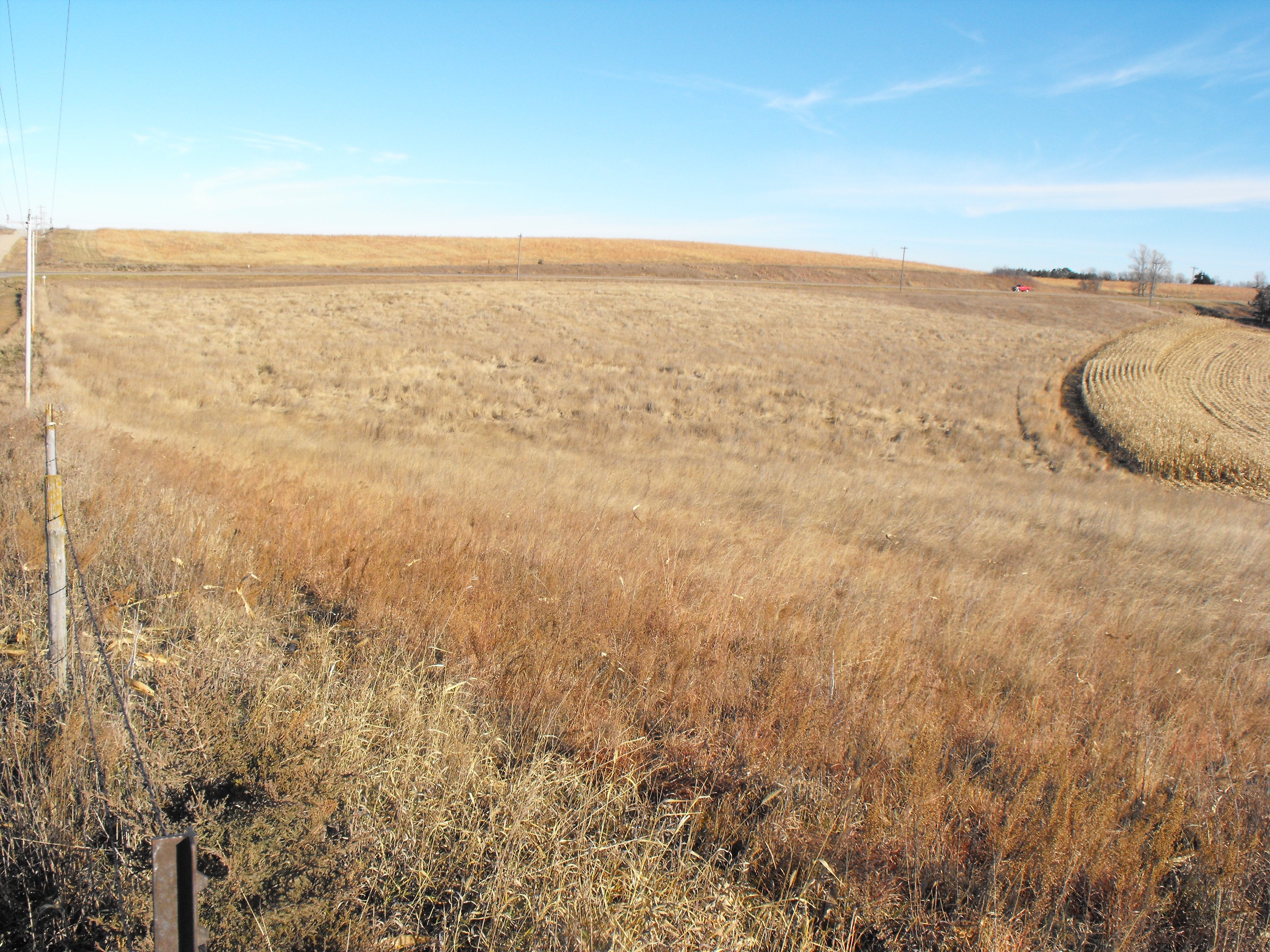 Pivot corners enrolled in the CRP program create excellent habit where upland game can nest, raise their young and roost!

That is when I asked him if he had ever thought about enrolling the pivot corners in CRP or a program that may be offered through the Game & Parks, NRCS or NRD’s where he received a payment for planting then to grasses and flowers, creating wildlife habitat on his land?

He sheepishly said, “Didn’t know you could do that, how much would it pay?”

I told him that different states and areas have different programs. Maybe he should check it out, to find out about the many programs available that could put a few bucks in his pocket-creating habitat at the same time.

They left the café, probably thinking that they had run into someone who talked too much, but hopefully some of the things I said will sink in and the next time I’m through the area, they will be telling folks about how simple and inexpensive it is to create habitat, helping to improve the local hunting.

Of course, I may have wasted my breath, but if they do even a small part of what we talked about, then I did my part to help wildlife and the sport of hunting.

It doesn’t take much, maybe a little time to talk with someone to educate them about how little it takes to improve wildlife habitat, so don’t set around on your hands and not do anything.

Join these conservation groups, talk with the NRCS, NRD, Soil and Water Conservation, Game & Parks and DNR to find out what you can do to improve both the habitat and the hunting in your area.