“It’s not about the harvesting of a deer as much as telling the story each kid has of overcoming significant limitations”.

Clark, S.D. We at Outdoorsmen Adventures television  had the privilege to send our film crew to Clark, South Dakota in September to film at the ninth annual PDR Disabled Youth Deer Hunt.

Dean says that the hunt would not have gotten off the ground without the support from many people, including landowners, businesses and agencies.  Sponsored events includes, all arrangements, food, overnight accommodations, rifle, ammunition, deer stands, and transportation to and from the field, all of which are provided to the hunters at no cost.

The P.D.R. Youth Hunt allows young children with disabilities to enjoy a carefree weekend of hunting where friends and memories are made.

The celebration begins the afternoon before when the hunters get an opportunity to meet and to have an opportunity to check out and zero their weapons at the shooting range set-up at the Day Betterment Lodge outside of Clark, S.D. followed by a barbecue dinner.

Rasmussen indicated, “Parents and others tell them the biggest reason kids like to come isn’t always because of the hunting experience, although that’s special to them, what they really enjoy is being accepted as they are. For this one weekend, the kids feel like any other kid. The community of Clark is a special place.” 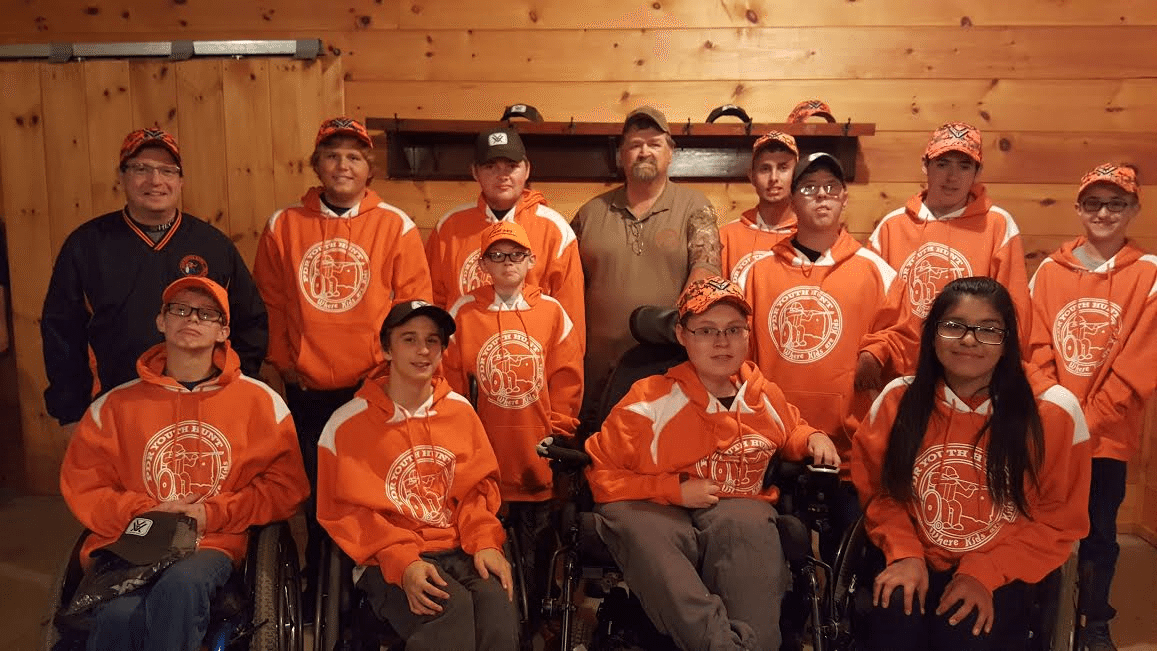 The youth that attended this years 2016 PDR Youth Hunt with Dean Rasmussen, (Center) Director of the hunt . 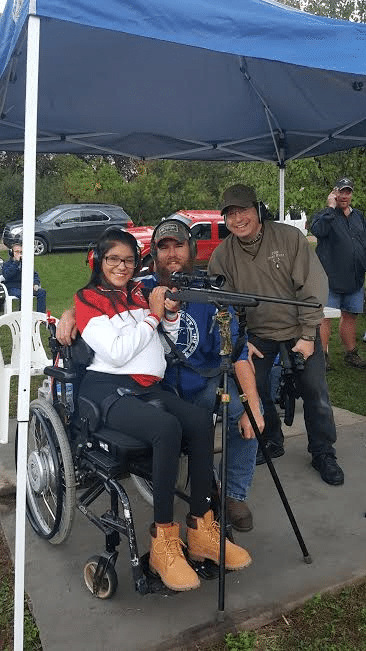 Felicia Charging Elk, Gettysburg, S.D. with the help of her guides is happy to have the opportunity to zero in the rifle at the Day Betterment Lodge that she will be using during the hunt Lodge. 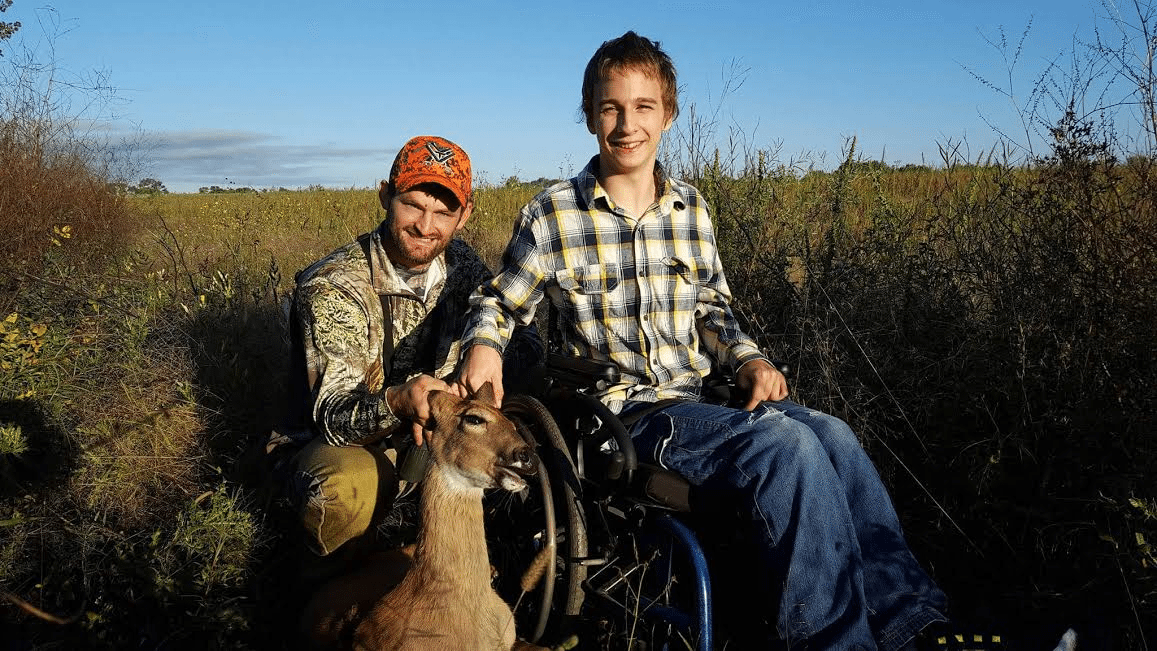 Their whitetail deer hunt begins before sunrise on Saturday with the get together where coffee and rolls served at the Lodge.   After which, the hunters, along with their guardian, hunting guides and our two cameramen were personally escorted out to the field. They then hunted from their own individual, fully enclosed; handicap wheel chair accessible, insulated, camouflaged hunting blind.

Following the morning hunt, and lunch at noon, those who had not filled their deer tags that morning, are escorted back to their blinds for an afternoon hunt with if needed a follow up hunt available Sunday morning.

Andrew Zak one of our camera operators had the privilege of filming with Felicia Charging Elk, Gettysburg, S.D. who was able to hit her deer, but it entered an unpicked cornfield where the trail was lost and they were unable to retrieve the deer.

Our other camera operator Bill Miller hunted with Cameron Lewis, Mission Hills, S.D. who thought he hit his deer, the guide was unsure, Bill rewound the tape, showing the deer was hit, and retrieved and with video and photos of the proud hunter captured for all to see.

This annual event held each September in Clark, S.D. grows in numbers and Dean Rasmussen and his crew should be commended on making this ninth annual event such a success.

For more information on the hunt and the date of the 2017 hunt, interested families can contact Dean Rasmussen at 605-233-0331 or by logging onto the website: pdryouthhunt.com.