When it comes to hot weather bass fishing, my thoughts turn to plastic worms.

The simple 6- or 7-inch plastic worm is often the most effective presentation in warm-water fishing.

Like most things in successful fishing, simplicity is often best. And, the plastic worm presentation is simple — basically it is a hook, line and sinker.

I’ll never forget the first time I used a plastic worm for bass fishing. It was on a farm pond north of Sioux City. I’d been reading about plastic worms being used by southern bass tournament fishermen, but the type of baits they were using were not available up here right away. Then the Creme Company began marketing worms in Siouxland. I picked up a bag of six, six inches long in purple color.

I rigged Texas style. More about that later.

Those six worms lasted only one evening of fishing. The bass simply tore them apart. I had never used a lure which was more effective.

Frankly, that was a long time ago. And you know something? My mind hasn’t changed. A plastic worm is the best overall bait you can use in the summertime for largemouth bass.

There are lots of ways of rigging worms. Let’s look at some of them.

One of my favorite rigs is the jig worm. Back in the days when my late friend Bob Brown kept a trailer at Pequot Lakes in north central Minnesota, that was the only presentation we used for largemouth. 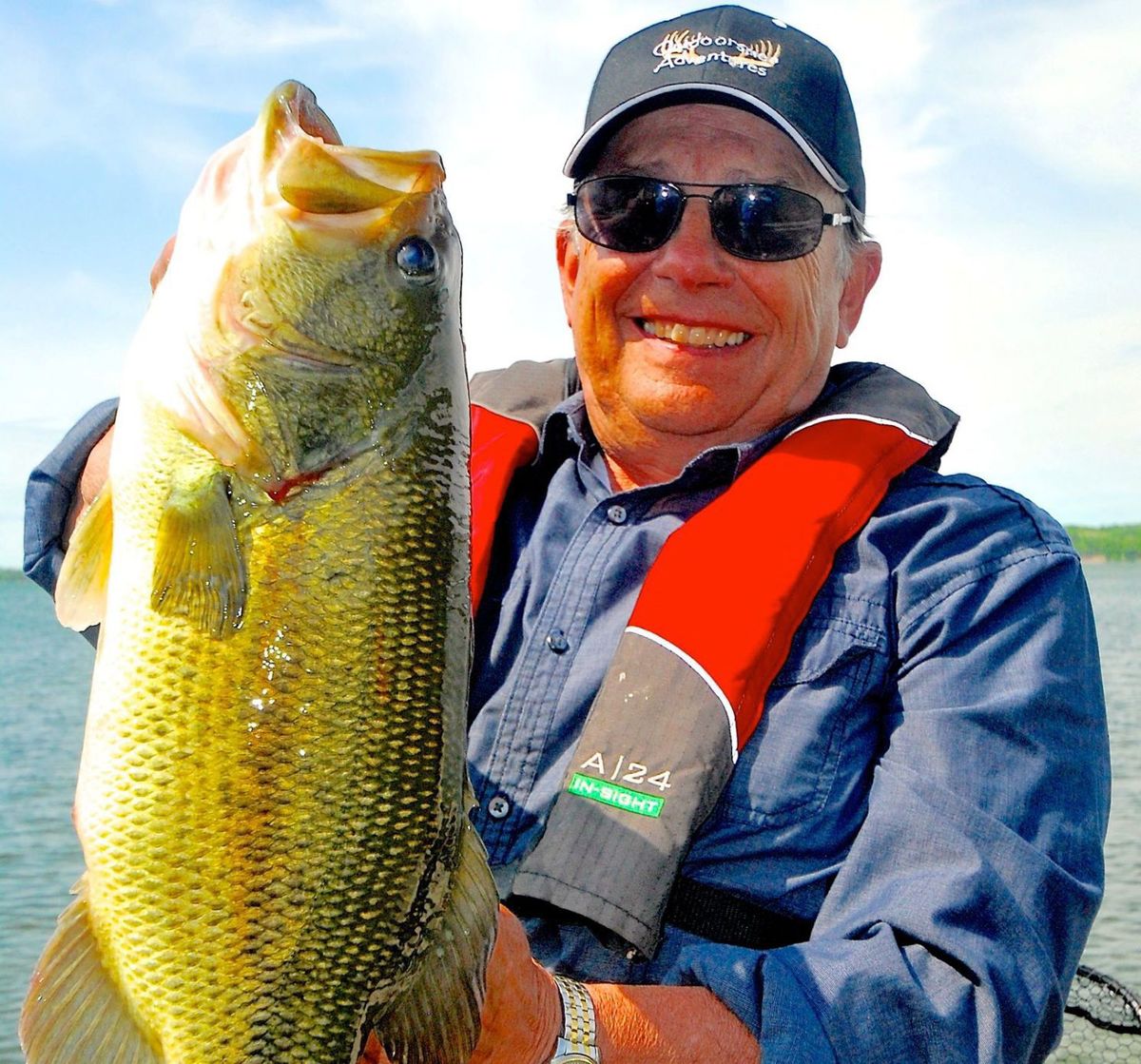 Summertime bass just can’t resist a 6 or 7 inch worm rigged Texas style. This snagless presentation can be fished through weeds or timber to tempt bass hiding deep in the cover.

We didn’t spend much time on the bigger-reputation lakes like nearby Gull Lake or Mille Lacs. Instead, we targeted small lakes which you probably never heard of. These lakes usually had one boat ramp and maybe a handful of cabins along its lake shore. Most of these lakes had one major piece of structure. Usually it was a point that would reach far out into the lake. Sometimes it would be a sunken island.

The key was cabbage weeds. We’d fish the outside edge, tossing 1/16-ounce jig heads tipped with Berkley 4-inch power worms, usually in purple or black and often with a chartreuse twister tail.

Six-inch worms would work just as well, but crappies often hit the smaller worms and many of these lakes hosted huge black crappies.

It would take us about an hour to fish this one, major structure. Then we would load the boat and head to another lake. We often fished as many as five lakes a day.

Probably the most popular, and effective, way of fishing plastic worms is the famed “Texas Rig.”

This consists of a simple sliding sinker in the shape of a cone or bullet on the line. There are a number of hooks designed for Texas rigging. Some have an offset shank, some a slight bend behind the eye or just use a plain sproat bend hook.

Another trick is to peg your sinker at the head of the worm by sliding a toothpick into the hole of the sinker. This is especially important when fishing in heavy, woody cover where the sinker might slide ahead of the worm and snag up.

When a fish hits your worm, you will feel a “tap” or see the line move sideways. Drop the rod tip immediately, reel up the slack and set the hook. If you miss, let the worm drop back down. Often more than one bass may be following or the same bass often comes back and hits the worm again.

Use a floating worm and a leader length of at least 30 inches, so as you bounce the sinker along the bottom, the worm acts like a baitfish darting along behind.

Plastic worms come in a dizzying array of colors. My favorites are black, purple, motor oil and blue; but, I often carry a whole bunch of other colors. As far as size, I carry, 4-, 6- and 7-inch lengths.

There are lots of other ways to rig plastic worms, but these three are the ones I have used most over the years. Today there are a lot sexier plastic baits than the simple worm. But I’ll say this. You want to dance with the one who brought you. For me, that would be the worm.

← Prev: Gun Digest Releases the 71st Edition of “The World’s Greatest Gun Book” Next: My Journey into Big Game Hunting By Gary Howey →