Return to Lake of the Woods’ 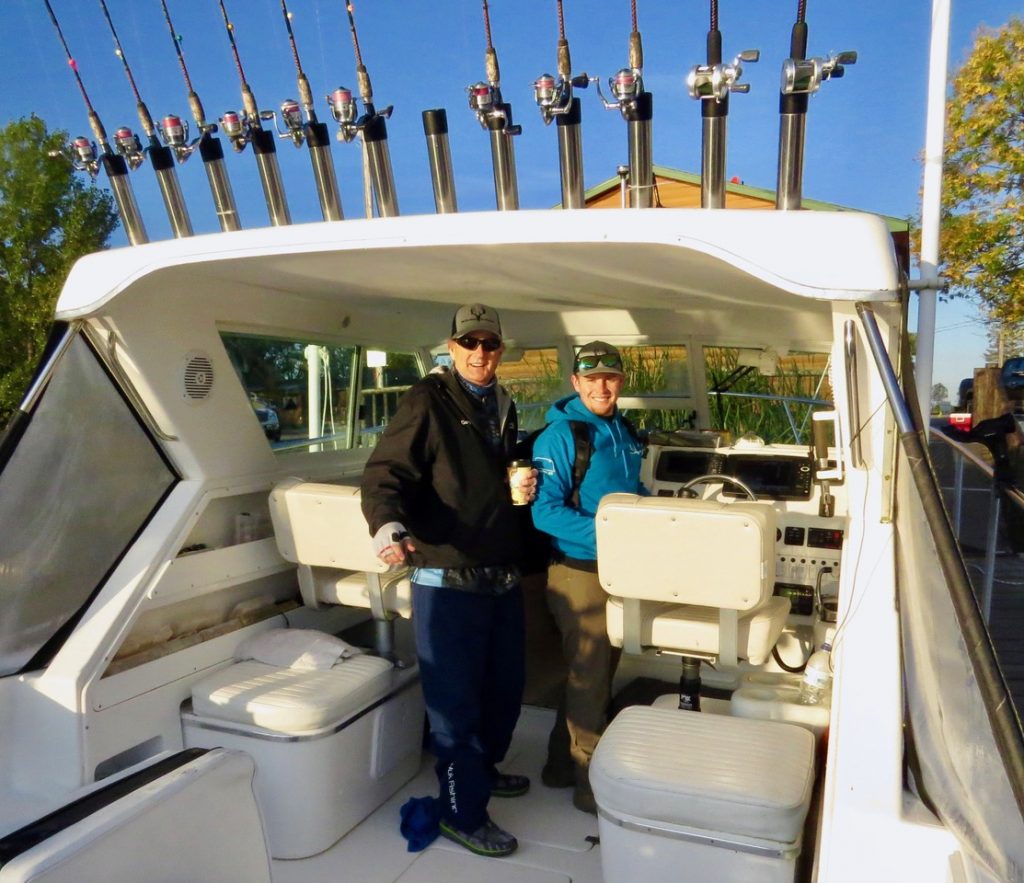 Someone yelled, “Fish on” as I looked towards Team Member Larry Myhre. It was obvious he had hooked a big fish. He was fishing off the stern of Zippel Bay’s 32-foot launch.

With his rod bent in half, he did his best to control and bring the fish off the bottom. At first, he gained some line, but that was it. From that point on, Larry’s drag took a beating as the fish kept taking line.

The fish was in charge, forcing Larry to work to the left, then right, under the boat all along the back of the boat as the fish changed directions, refusing to come off the bottom.

Ten minutes into the fight, Larry was thinking that he wouldn’t land this fish and at fifteen minutes into it, he was right as the big fish refused to come up from the thirty foot depth, breaking off.

By the way, it fought and the power of the fish, we thought it had to be one of the large bottom feeding lake sturgeons that call Lake of the Woods home.

Larry, Josh Anderson and I made our return trip to Zippel Bay Resort at the end of September during the late season to take part in the walleye jig fishing and to film an episode for Outdoorsmen Adventures television.

We’d fish the immense Lake of the Woods, with parts of the lake in the Canadian provinces of Ontario and Manitoba and in the United Sates in Minnesota.

The lake is over 70 miles long and wide and has more than 14,552 islands and 65,000 miles of shoreline. It’s the sixth largest freshwater lake in the United States, after the five Great Lakes.

Nick Painovich, Zippel Bay Resort, motored the launch through Zippel Bay, bringing us out into the Lake of the Woods.

On this trip, we we’re accompanied Nick’s wife, Deanna, who on previous excursions proved she was a very good angler, generally catching the most and the largest fish.

Nick maneuvered the launch out into Big Traverse Bay where we anchored in thirty nine- feet of water, no more than three quarters of a mile from the mouth of the bay on a huge mud flat where walleyes and sauger fed on crustaceans along the bottom.

After Larry’s battle with the sturgeon, using 3/8 and 1/2-ounce jigs tipped with salted minnows, we worked our baits tight along the bottom where the fish were feeding.

It didn’t take long before Deanna hooked into a good fish, a twenty-five and a half inch walleye as well as numerous other fish during the day. 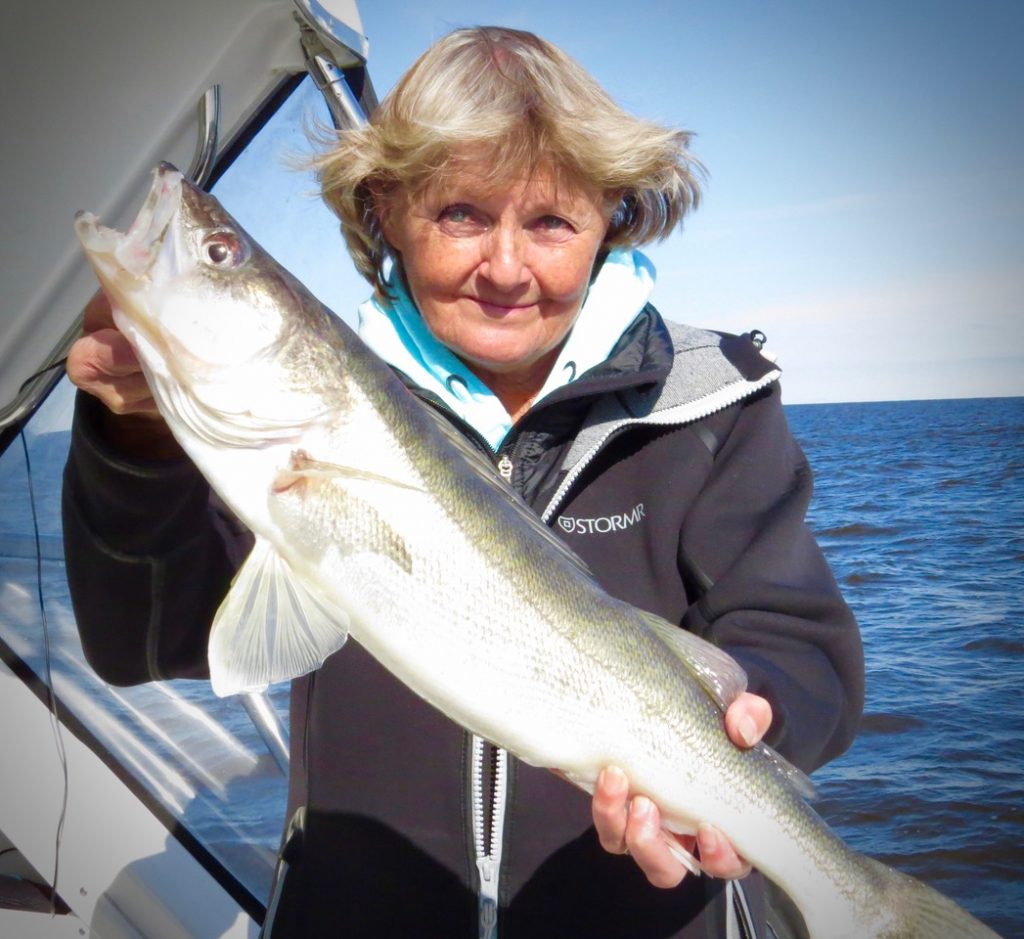 Sauger, a more of an aggressive fish, they would move in an out of the location we were fishing and at times, it was hard to keep them off our lines.

Larry, Nick and I were all catching fish, some tail biters, grabbing the minnow by the tail and not getting to the jig hook, so I attached a stinger hook, a small treble hook on a leader that slides over the jig hook, allowing me to peg the hook to the minnow’s tail.

The stinger hook eliminated the tail biting, catching those fish that were getting away with part of our minnow and not hooked.

Nick, fishing on the starboard side caught several nice walleyes including some fat healthy sauger. We figured sauger accounted for about sixty percent of the fish we caught. 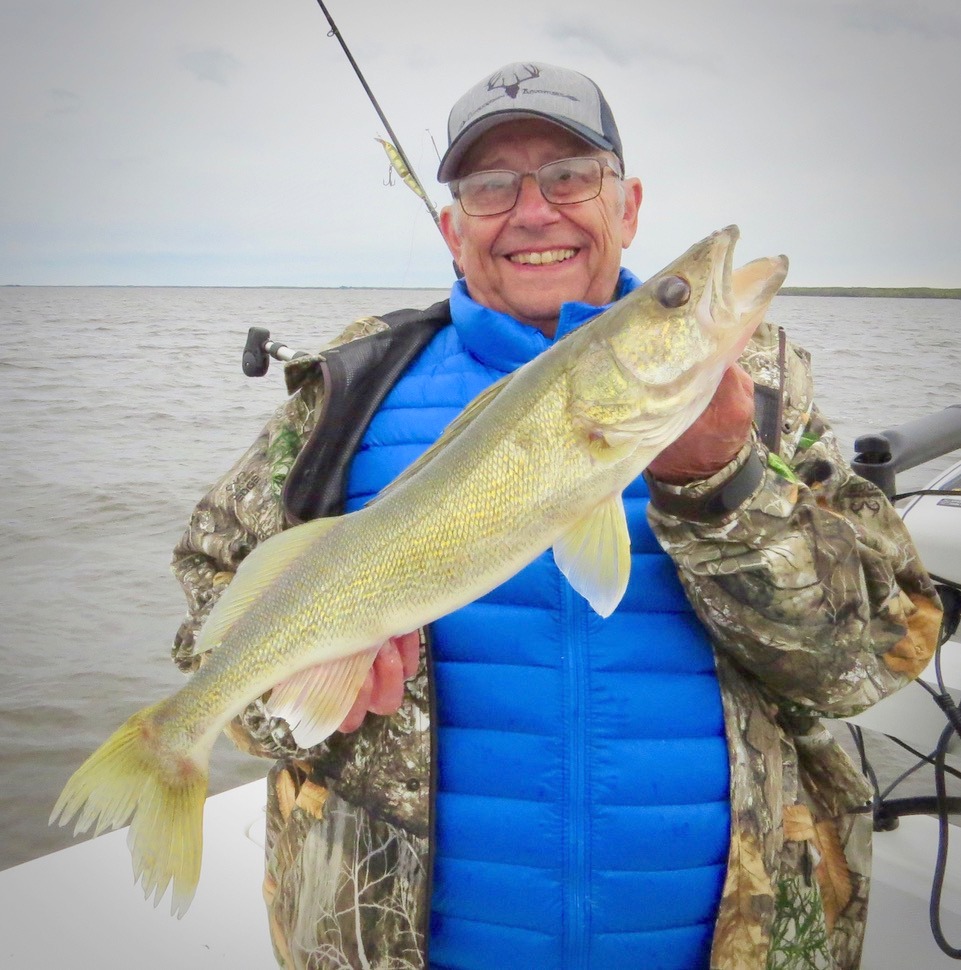 Larry, not to be outdone, set the hook on another big fish, a twenty-three-and-a-half-inch slot fish as well as numerous other walleye and sauger.

Deanna who was fishing just behind the cabin on the port side seemed to have the right combination and kept pounding the fish. 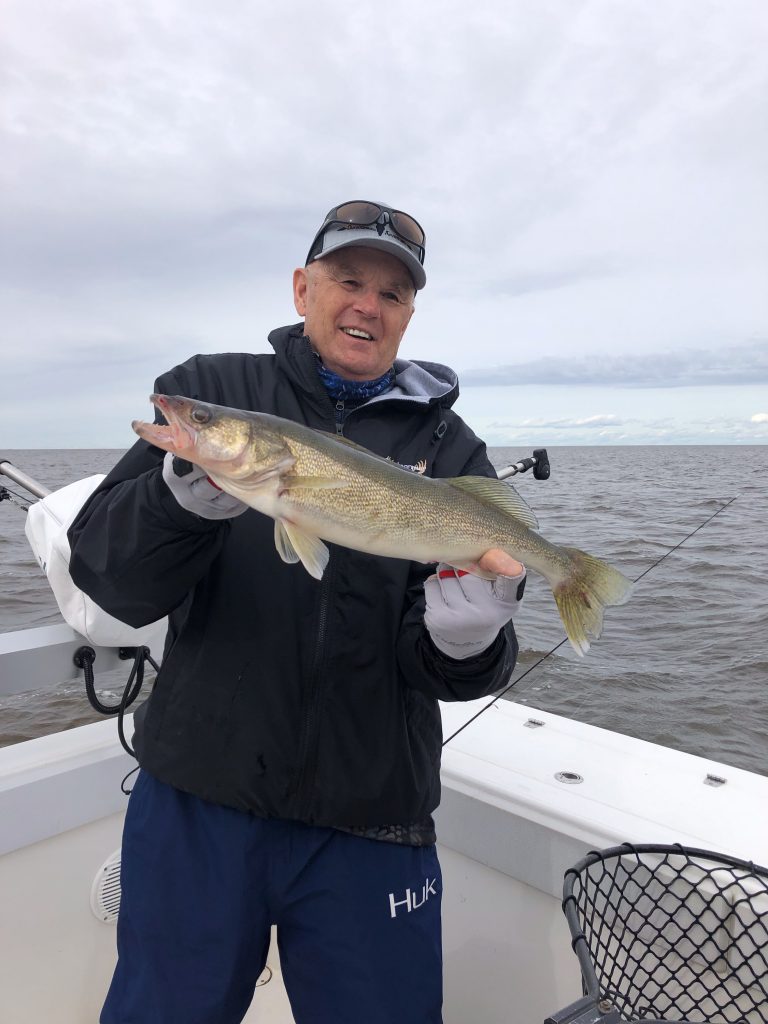 Raising my jig off the bottom, I felt a hit, set the hook and after a short battle bought another slot fish into the boat, a fat walleye, measuring twenty-one and a half inches.

The bite slowed for a time when the wind switched and calmed for a bit, but it didn’t take long for one or more of us to have a fish on, including on one occasion where three of us were fighting fish at the same time.

Fishing was excellent; we caught over sixty fish, all released but our limit of four walleyes and two saucers each.

That evening, in the Zippel Bay Lounge, we were treated to a delicious walleye supper. There’s nothing better than fresh caught fish for a meal.

Zippel Bay is a four-season resort offering spring, summer, fall, as well as ice fishing. The resort plows roads out to Perch, Walleye and other signed roads where numerous rental icehouses are located.

In the winter, their 1,000 square foot IGLOO bar and lounge that looks like an igloo is located out on the frozen lake.  It has several big screen TV’s, electric lights, running water, fishing holes at each table in the Igloo and a bar with a limited hot food menu

Zippel Bay Resorts is located on the bay just off Lake of the Woods north of Williams, Minn. Here, the angler, hunter, family, corporate and the vacationer will find excellent guides, food, accommodations there.

For more information on all that Zippel Bay Resort has to offer, check out their web site www.zippelbay

Gary Howey, Hartington, Neb. a former tournament angler, fishing & hunting guide an award winning writer, producer, and broadcaster and recently inducted into the “National Freshwater Fishing Hall of Fame” in 2017. He is the Producer-Co-Host of the Outdoorsmen Adventures television series and Outdoor Adventures radio. If you are looking for more outdoor information, check out garyhoweysoutdoors.com, outdoorsmenadventures.com and like Gary Howey’s Facebook or watch his shows on www.MyOutdoorTV.com.