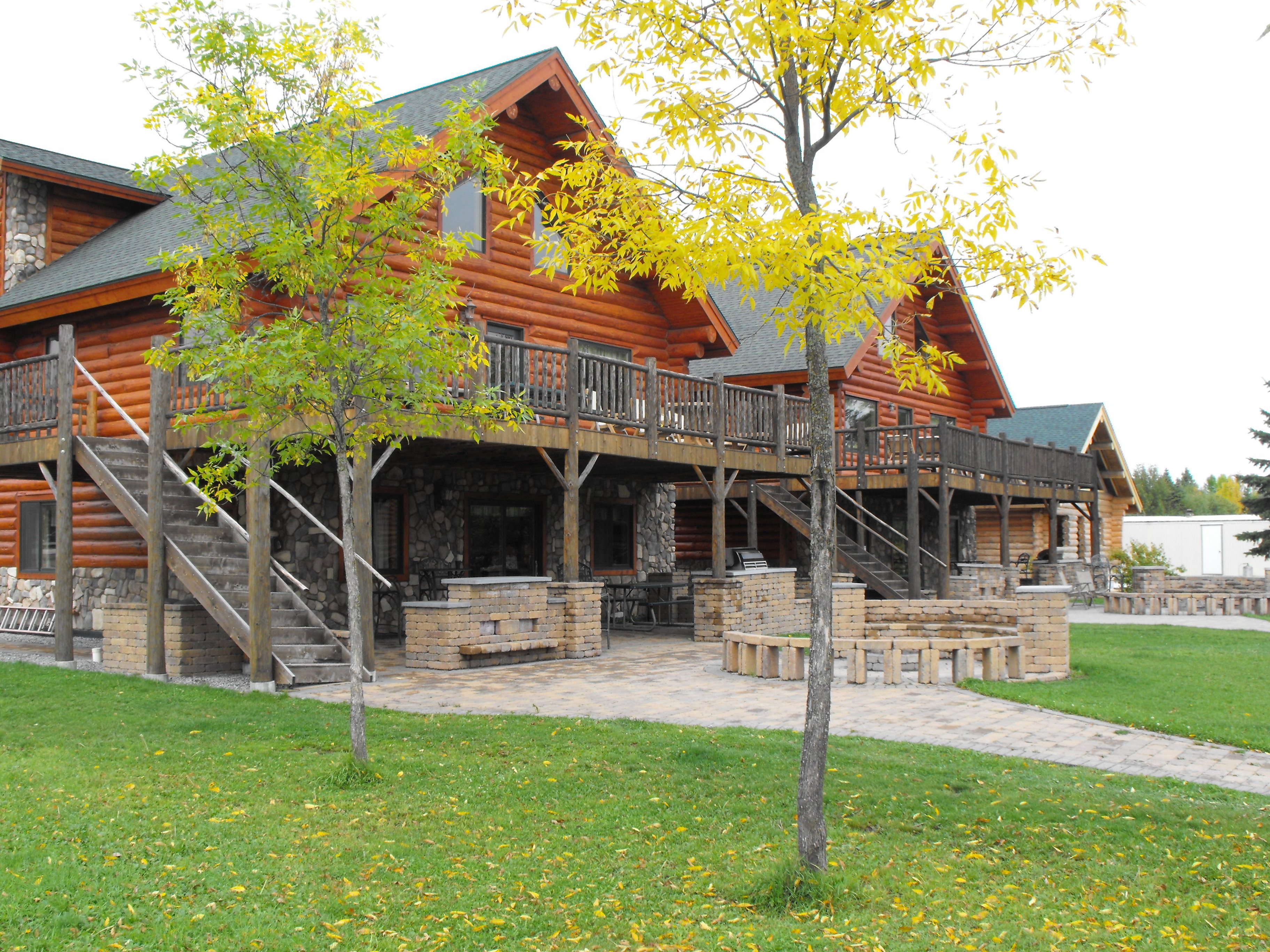 With the onset of fall, the colors on Lake of the Woods and Zippel Bay begin to    change to take on their beautiful fall colors. (Gary Howey Photo) 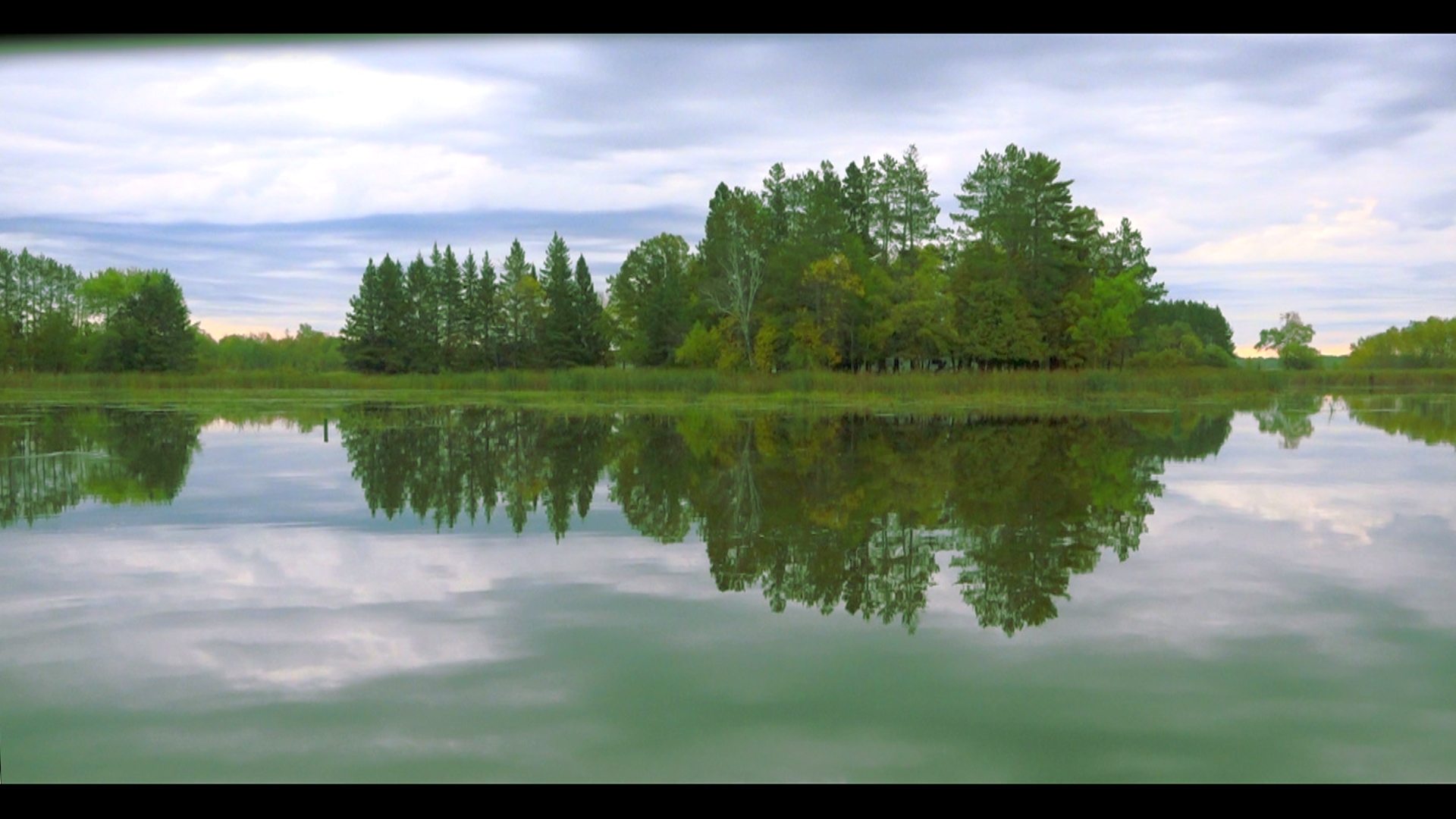 As I walked from the log cabin, the calm waters of Zippel Bay mirrored the colors of the Northwood’s trees lining the far shore line.

In the distance, the beckoning call of Canada geese resonated throughout the bay as the flock made their way out to feed.

We had traveled north on I-29 through northeastern South Dakota and Watertown, my old stomping grounds on our way to the annual Association of Great Lakes Outdoor Writers conference on Lake of the Woods and had headquartered out of good friend s Nick and Deanna Painovich Zippel Bay Resort.

While we were there, Nick had invited us to do some walleye fishing with him him and Jase Lamberson one of the charter boat captains for the resort.

We passed several groups of anglers as we worked our out to where Nick and his other charter boat captains had been fishing. Just outside of the bay, we could see all modes of fishing craft, charter boats, big fishing boats as well as a few kayakers working the rock piles in search of walleyes.

Moving from our old lacation into an area not too far from several other Zippel Bay Charters who were busy landing fish out of the 29-foot depths.

We rigged up, using one quarter-ounce jigs tipped with frozen shiners starting to work our jigs in and among the rocks for walleye.

It was not long before Jase indicated that he had a bite, he set the hook on our first fish of the trip, one of those nice walleyes that would make for some good eating.

Then it was my turn as I connected with another fish, a close cousin to the walleye, one of the hundreds of thousands sauger that call Lake of the Woods home.

As my fish came into the boat, Nick set the hook on another nice walleye, one in the 17-inch range

The bite continued as we boated some good fish, with the larger ones we released back into the lake to fight another day.

Jase had the hot rod and continued to pull walleye and sauger up from the depth, but Nick and I were not far behind.

When the bite slowed, Nick heard from other charters on the lake that there was a good bite not too far from where we were, we pulled the anchor and moved in that direction.

Once we arrived we could see several boats and charters anchored in the thirty-foot water over the rock piles that were scattered across the bottom.

As before, we would be jigging among the rock piles our jigs tipped with frozen shiners and no sooner than our jigs hit the bottom, Nick set the hook on the first big walleye, a healthy 18-incher with Jase and I each landing good size walleyes in between sauger.

On this day, all of the boats and charters around us were into the fish, with nets coming out of the boats continually bringing fish into the boat.

It did not take our crew long to put the fish we were looking for in the boat, with several healthy 15 to 17-inch walleyes as well as our limit of sauger.

With the onset of fall, the colors of Zippel Bay will become brighter and more beautiful with the fall walleye and sauger bite going strong.

Their log cabins located right on the water have individual floating docks where you can tie up your boat right in front of the cabin with their larger log cabins big enough for corporate retreats and meetings.

This was a great fall fishing trip for us and with the onset of winter, you will find thousands of acres of ice with the resort offering numerous types of icehouses set up on the lake. They have plowed roads to the houses, named Bobber, Walleye,  Perch and others leading to their icehouses where the holes are dug and the heat is on prior to your arrival.

After a day on the ice, they have their Igloo lounge set up out near their icehouses where anglers and snowmobilers get together for a drink and a bite to eat before calling it a day.

In the spring, the waters of Zippel Bay hold spawning pike as well as perch with the Lake of the Woods big walleyes lying in the deeper water waiting for the temperatures to warm allowing them to move in and spawn.

No matter what the season or how you want to relax or fish, Zippel Bay Resort is a beautiful resort that has something for everyone!