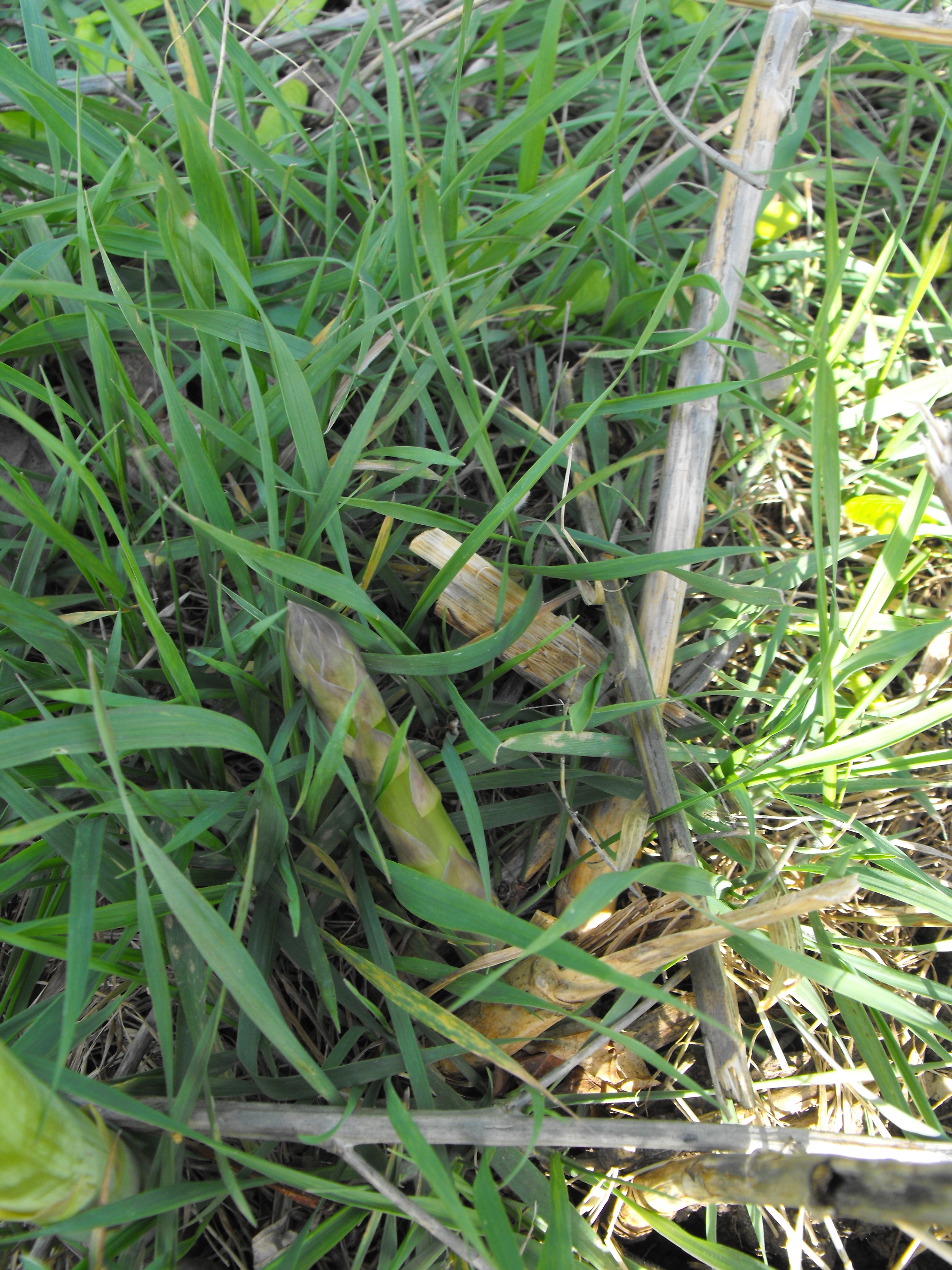 I love springtime, weather is warming up, fish are starting to bite and it is the time of the year when thousands of folks and I head out to start looking for those wild edibles mushrooms and asparagus.

My first experience at hunting wild asparagus happened by accident, I was on the road delivering parts throughout northern Nebraska. One of my customers mentioned asparagus hunting and I was all ears as if it is a green vegetable, I like it.

After gathering all of the information I could, I kept my eyes out for the old plants as I drove along the roads and one day, near Stuart, Nebraska, I spotted a clump of them in the ditch. I decided to check it out; I pulled over and was down in the ditch walking along the fence line looking for new shoots.

About that time, a pickup came by and a gruff old rancher asked what the heck I was doing on his land, I thought I was screwed and would soon be meeting the local Sheriff.

Wild Asparagus grows along fence lines, below power lines, on railroad right of ways and in shelterbelts along the less traveled roads.

I explained I had seen some old asparagus plants along the fence line and was seeing if there was any new shoots. He climbed out of his pickup, came down the ditch, walked up to me, nose to nose, asking where I was from and my name. I did my best to be polite, giving him the information he requested.

He spit out a big wad of chew, put his hands on his hip, and that was when I thought I might be in for a sever tongue-lashing or a knock down drag out battle.

“Son, he said if you want asparagus or anything else wild, you don’t want to look for it along the highway as every Tom, Dick and Harry had already been there.” I politely asked where he would suggest I look. He said, “well if I were you I’d look on the off roads, those less traveled. I thanked him and headed for the truck when he said, “If I was going to look for asparagus, I’d go down to the next mile, head south three miles and the trees in the northwest corner of that section generally has a lot of wild stuff growing there.”

“Really, then, I asked if he knew who owned it, his reply “I do, you don’t think I’d send you to trespass on someone else’s land do you.”
I thanked him and hit the road, heading for my new hot spot, when I got there, the land was heavily posted and I wondered to myself if I had been set up.
I climbed over the fence and not only found asparagus; I also found a nice mess of Morels.

You probably are not going to be as lucky as I was, so here is some information on when and where to find wild asparagus.

Wild asparagus appears about the same time as mushrooms, but I have had my best luck finding the more mature spears after mushroom picking is over when temperatures warm up.

It will appear later than asparagus found in your neighbor’s garden, as gardens are clean, generally in darker soil, where the ground warms up more quickly.

The ground wild asparagus grows in, may be covered with last year’s grasses and plants, so the soil it grows in will not warm up as quickly and appears later.

Once you have found your first asparagus, scout the area carefully for new growth as the seeds of the older plants dropped or blown a short distance from the original plant.

The best places to look for wild asparagus is along fence lines, power lines, old railroad right of ways and anywhere birds might land or congregate.
If the fall when asparagus goes to seed, the birds will pick the seeds off the plants, fly off and then pass the hard pit or seed which drops on the ground and if conditions are right, a new asparagus plant will pop up.

Asparagus, like morel mushroom need warm soil and moisture to grow, so sandy areas along fence lines seem to be one of those areas where asparagus comes up first.

If you find asparagus along a fence line, and there is a shelterbelt/tree planting nearby, be sure to check them out closely as the birds will have also set in the trees and may have deposited seeds in these areas. Because asparagus gets woody, harvest the tender shoots: this does not mean that the larger taller stems will not be edible, but they are the ones that should be left to go to seed for future crops. When I am hunting asparagus, I like to bring along a sharp knife to cut off the tender shoot. The new tender shoots can be cut at ground level, for those that are taller and have not gone to seed yet, I start at the top of the plant and go down until it is no longer tender, where it starts to get woody and clip it off. Cleaning asparagus is easy, simply cut off the dried up end, rinse and prepare.

In my house, there is not a whole lot of competition when it comes to preparing and eating fresh asparagu To prepare it, we simply boil it until tender; top it with some butter substitute, a little Mrs. Dash or other seasoning and then pig out.

Hunting morels and asparagus is an excellent way to get outside and to enjoy the outdoors and the bounties Mother Nature provides.