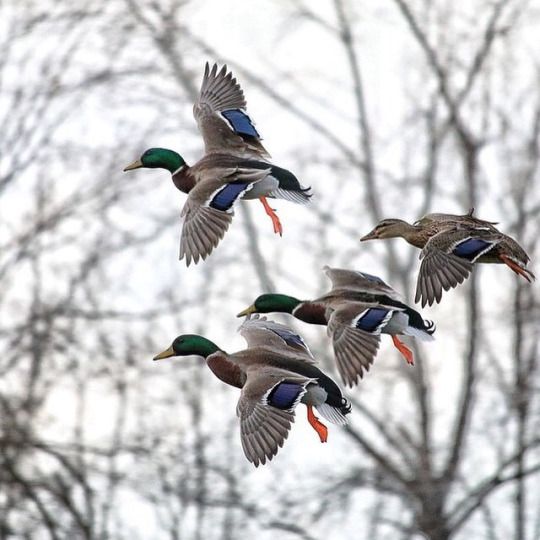 My father first introduced me to the sport of hunting through pursuing small game like squirrels, upland birds and waterfowl hunting. I can remember some of the hunts we used to have back in the 70s! My memory plays back days of thousands of mallards pouring over a tree-line into a small wild rice lake or jumping pot-holes and seeing hundreds of “woodies” lift to the air. Thanks to outstanding efforts by US Fish & Wildlife agencies, Ducks Unlimited, CRP and other NRCS programs, and waterfowl hunters themselves, the “good ol’ days” may be yet to come.

The fly-ways may have shifted a bit, and while the populations can fluctuate a bit year to year, solid numbers seem to be here. Duck populations have rebounded tremendously over the last four decades and goose numbers are close to all-time highs.

Over the years I’ve had the opportunity to hunt with some of the Midwest’s waterfowling greats.  I’ve learned there are some definite keys to consistency. Scouting, set-up and proper decoy placement are three of the most important, but you could also add calling and appropriate concealment to that list.  The first three; however, are a must if you consistently want wings cupped over your decoys.

I recall a hunt a few years ago; the spot reminded me of how Arkansas looks with its flooded timber and sloughs surrounded by thick willow brush, however, it was actually north of Devil’s Lake, North Dakota. After scouting for two days we located a conglomeration of pot-holes that the ducks were just piling into. The ducks just loved this area for roosting cover. Hundreds of mal-lards, pintail, widgeons, teal and other ducks filled the sky and through my binoculars I could see a spot where they seemed to be “buzzing over” continuously.

The next morning was perfectly still as we set out three dozen floating mallard decoys. When the spread was set, I found a spot amongst the willows and waited for light. Within seconds there were ducks landing in the decoys. With the pink morning sky now evident, I picked out a single drake mallard with his wings cupped, ready to settle in – my 12 gauge barked once and the “green-head” splashed-down.

As the day progressed I couldn’t believe how well the decoys worked. Singles, doubles, flocks…as soon as they saw the spread they’d cup their wings and head straight for the landing zone. If I would have just wanted to kill ducks, my hunt would have been over in minutes. I picked and chose and wound up with a limit of mature drake mallards and a bonus of two Canada “honkers.”

Another prime example of these key points was a field hunt for Canada geese last season in the “Interlake Region” of Manitoba (the area between Lake Winnipeg and Lake Manitoba). A few of us had our hunt ruined by two unethical hunters. We had decoys and they didn’t. Rather than ask if they could join us, or wait for us to ask them, they moved-in on us as close as their per-mission boundary would allow. They shot at geese over our heads that were still out of range for us. They were taking two hundred yard shots and had fired two boxes of shells and hadn’t ruffled a feather. We’ve probably all seen unethical hunters like this at one time. We pulled up stakes during prime time and made the best of the rest of the day by scouting. I didn’t know then, but this was a blessing in disguise.

We moved away from the hunters and into the geese. But rather than Canada geese, we found “snows,”
“blues” and mallards. Our dilemma was the fact that we didn’t have any snow or blue goose decoys, only our Canada shells…and in the “boonies” of Manitoba, our options of finding some were limited.  We spent the rest of the afternoon cutting dowels and attaching white garbage bags to them. I would have much rather had real decoys, but as the saying goes, “improvise, adapt and overcome!”

By the next morning one of my companions had been able to scrape-up five dozen silhouettes and four dozen wind-socks, combined with our “jerry-rigged” garbage bags, we had a rag-tag spread of snow geese. We also set out some mallard shells and a small group of Canada geese for an extra confidence builder.

After a few minutes of sipping coffee, you could hear wings whistling, the mallards came first. They would lock-up their wings and not give a second thought. Flock after flock would swoop down over our heads. Then…the resonant sound of distant geese. Flocks of five to thirty or so geese would swing once, then cup their wings and commit. I think we could have laid white hankies in the field that day and they would have still decoyed. They kept coming until we had harvested our limit.

1. Decoy Placement
Decoy placement is something I believe most waterfowl hunters don’t fully understand. Many hunters would simply scatter their three dozen mallard decoys (like I had used on the first hunt) over a wide area out in front of their position. These waterfowlers probably haven’t spent much time watching real ducks on the water. It depends on whether they are feeding or roosting, but pay attention and you’ll see they take up less water than you realize.  They’re usually in tighter groups.

If you have different species of ducks residing in the same area they may be spread out a bit, mallards over here, teal over there, pintails over there and so on, but look at the area each flock is occupying. They are grouped much tighter than how most people present their decoys. In this situation we placed out two random tear drop shaped groups on either side of our position with a landing spot in between about twenty-five to thirty yards wide. Giving them a “landing zone” is one of the most important aspects if you really want ducks to decoy. If you just want them to “buzz” your spread, placing them out indiscriminately will work, but there’s nothing like shooting at ducks that are truly decoying.

As far as placement of goose decoys, there are some experts that will tell you that you need to face them all strictly into the wind. I do agree with that somewhat, however, watch a flock of geese feed sometime. They may be facing every which way. I like to place goose decoys in random smaller groups and vary the position. It seems the stronger the wind, the more you want to adhere to facing them into it – and just as with the duck decoys; you must leave a landing zone.

As I mentioned, we had some mallard and “honker” decoys set out on the goose hunt. Again, watch them in a field together. They may be in the same general area, but the different species seem to group to themselves. We set the honker decoys out about 40 yards from the snows, and the mallard shells about 40 yards on the opposite side.

I learned something from Fred Zink, one of our Nation’s top water-fowl hunters. When hunting Canada geese, Fred likes to use silhouette decoys along with several other types of full-body decoys. He says he places the silhouette decoys very close together. Because of the contrast of light and dark colors and the shadows when geese are flying by and one decoy passes behind another, it gives the illusion of movement amongst your spread.

Movement it is definitely another key – many have believed this for some time. Like others, we used to throw rocks near our decoys to create a ripple on the water when birds were coming close. Obviously, now days pitchin’ rocks isn’t necessary. We have swimming decoys, wing flapping decoys, and decoys that create a ripple on the water for you. There’s no question this motion helps. When field hunting, the same types of motion decoys are available, otherwise, get yourself a goose-flag and learn how to use it.

BECOMING A GAMEKEEPER IS NOT JUST THE BEST WAY TO PRODUCE GREAT HUNTING… IT’S THE BEST LIFE!
SUBSCRIBE TODAY.

For more from GameKeeper Farming For Wildlife, join our weekly newsletter or subscribe to GameKeepers Magazine. Your source for information, equipment, know-how, deals and discounts to help you get the most from every hard-earned moment in the field.

← Prev: Trapping, what Happened to the Fur Market   By Gary Howey Next: South Dakota GFP Reminds Hunters to Register for Winter Depredation Hunts →