Over the years, I have given several turkey hunting seminars.

I am always amazed at the very good questions those in attendance ask. Today, I am going to relate some of those questions and give my answers. If you are a beginning turkey hunter, you may find this very interesting.

The short answer is “No.” Wind makes it difficult for the toms to hear your calling. Your effective range becomes less as the wind becomes stronger. Also, all wildlife is more cautious in windy weather. And the reason is simple. They can’t hear as well, and hearing is one of their defenses. In the case of the wild turkey his best defense is his eyes. Secondly it is his hearing. Of course you can be successful on windy days, it’s just that I’d rather hunt in the rain than in the wind. Which brings us to our next question.

Can you be successful if it is raining?

You can be successful hunting turkeys in the rain. Of course if you are talking monsoon or a thunderstorm with wind and hail, the answer is probably not. But those gentle, all-day spring rains are no reason to stay at home. Turkeys will generally move to the edges of fields outside the timber during light rains and can definitely be found there once the rain stops

What causes a tom turkey to “hang up” and not come in to your calls?

There are lots of reasons, but most likely the tom is already with hens. I think it was probably a tom turkey that came up with the saying “A bird in the hand is worth two in the bush.” If he is with hens he will simply gobble and expect you to come to him and join the harem. After all, that’s how it is done in nature. If the tom is not with hens, he may have come up against a barrier. That may be a fence, a creek, a deep ravine or a road. That’s why it pays to scout thoroughly. If you know the lay of the land, you can make a good guess on why he is not coming in.

How much do tom turkeys weigh?

Adult toms vary somewhat in weight. Generally speaking turkeys of the Eastern variety will weigh more that Merriams, Rios or hybrids. A two-year-old Eastern will weigh about 22 pounds, but in Iowa toms weighing as much as 28 pounds or more are taken each year. Other varieties top out at about 25 pounds.

Is it possible to call hens to you?

Indeed, it is. If you are close enough to a “hung up” tom that you can hear the hens, get on your call and do some loud “yelps.” You should get an answer and when you do, yelp loudly again stepping on her calls. The bird that answered your first loud series is probably the “boss hen.” 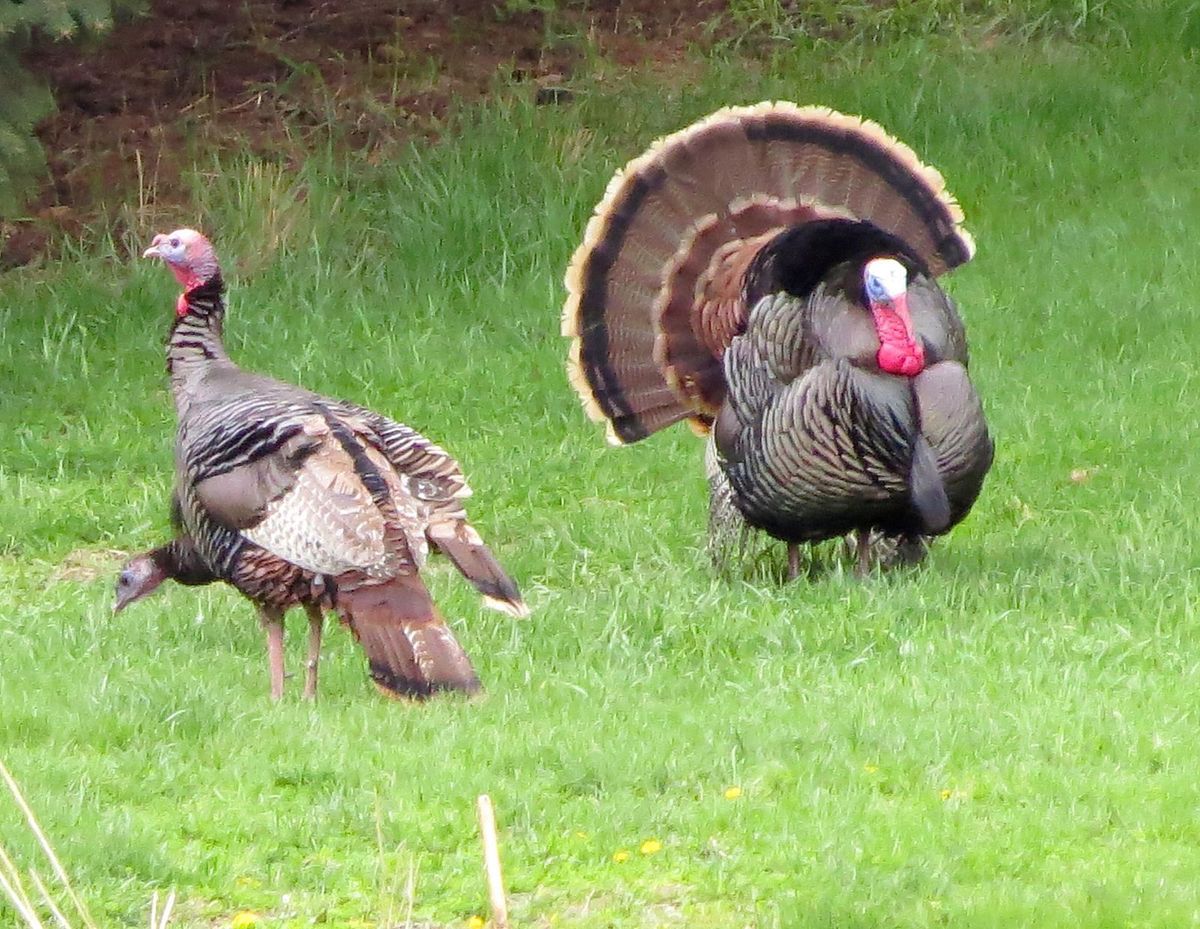 Your job is to make her mad so she will come in to kick your butt. The tom will follow merrily along. The other thing you can try is a series of kee kee calls. This is the sound that a young turkey makes when it is separated from the flock. Hens will do it as well to call the flock back to her. It’s a great call for hunting in the fall when hens are legal. But mother instinct doesn’t leave the hens in the spring either. They will often come to investigate and bring the tom with them. Lone toms will also respond in the spring. Don’t think the kee kee run call is only effective in the fall.

This is a question turkey hunters love to debate. I believe they can be. I’ve seen too many times when a tom left his strut and ran away as soon as he saw the decoy. Tom turkeys do a lot of fighting in the springtime. It’s not unusual to find their breasts black and blue if you pluck them. Subordinate toms don’t want to fight so they run. It also could be that toms have come into a decoy and been shot at and missed or other toms shot down when they come in as a group. Still I use decoys most of the time.

Later in the season I may not use them. I never use them on public lands.

Of all the different kinds of turkey calls out there, which is best?

Basically, you have friction calls such as the box call and the slate and a diaphragm mouth call. The easiest call to learn how to use is the box, next is the slate, and the diaphragm will take a lot more practice. A good turkey hunter will know how to use all of them. A beginner can get by with just a box call the first season. The downside to the friction calls are that you have to move to use them. If a turkey sees you move, he is gone. The diaphragm can be used without moving. That’s a big advantage when a turkey is coming in gobbling to your calls. You can bet that he will see you first if you move so it’s best to switch to the mouth call. If you must use the friction calls, set up a low, camo screen in front of you to conceal your hand movements.

Do tom turkeys and hens roost together?

Yes, they do. When I first started turkey hunting over 30 years ago, I don’t remember them doing that as much as today. But there were a lot fewer turkeys then, too. Now it seems that the hens fly down first, and the toms follow. They usually stay put for a time while the toms practice their strutting, but eventually the hens will wander off as a group and the toms will follow.

What is the best time of day to hunt turkeys?

If I had been asked that question 30 years ago I would have said, with great confidence, “That first hour after sunrise.” Now, I’m not so sure. While I still like to be out there and in the woods an hour before sunrise and listen to the woods wake up, most of the turkeys I have shot have come after 10 a.m., with many as late as 2 or 3 p.m. and a few even later. I think it is because when toms roost with hens they won’t leave them.

If you can set up along the hen’s path away from the roost, you stand a good chance. Your only hope is to find a lonesome tom, and that is getting harder and harder to do as turkey numbers stay high. Once the hens are bred, they will leave the toms to go to their nest and lay an egg. They usually do that in late morning. That’s why I seem to shoot more toms later in the day. The first bird I shot last year came within that first hour of daylight. A large flock, including at least six toms, had flown from the roost and were strutting in an open field. I was able to make my way up a ravine and come in close to the group. I began calling and two big toms strutted over to check me out. It was a big mistake for one of them. However, if I had not been able to get so close I don’t think those toms would have left the flock.

Good luck on your hunts this spring.